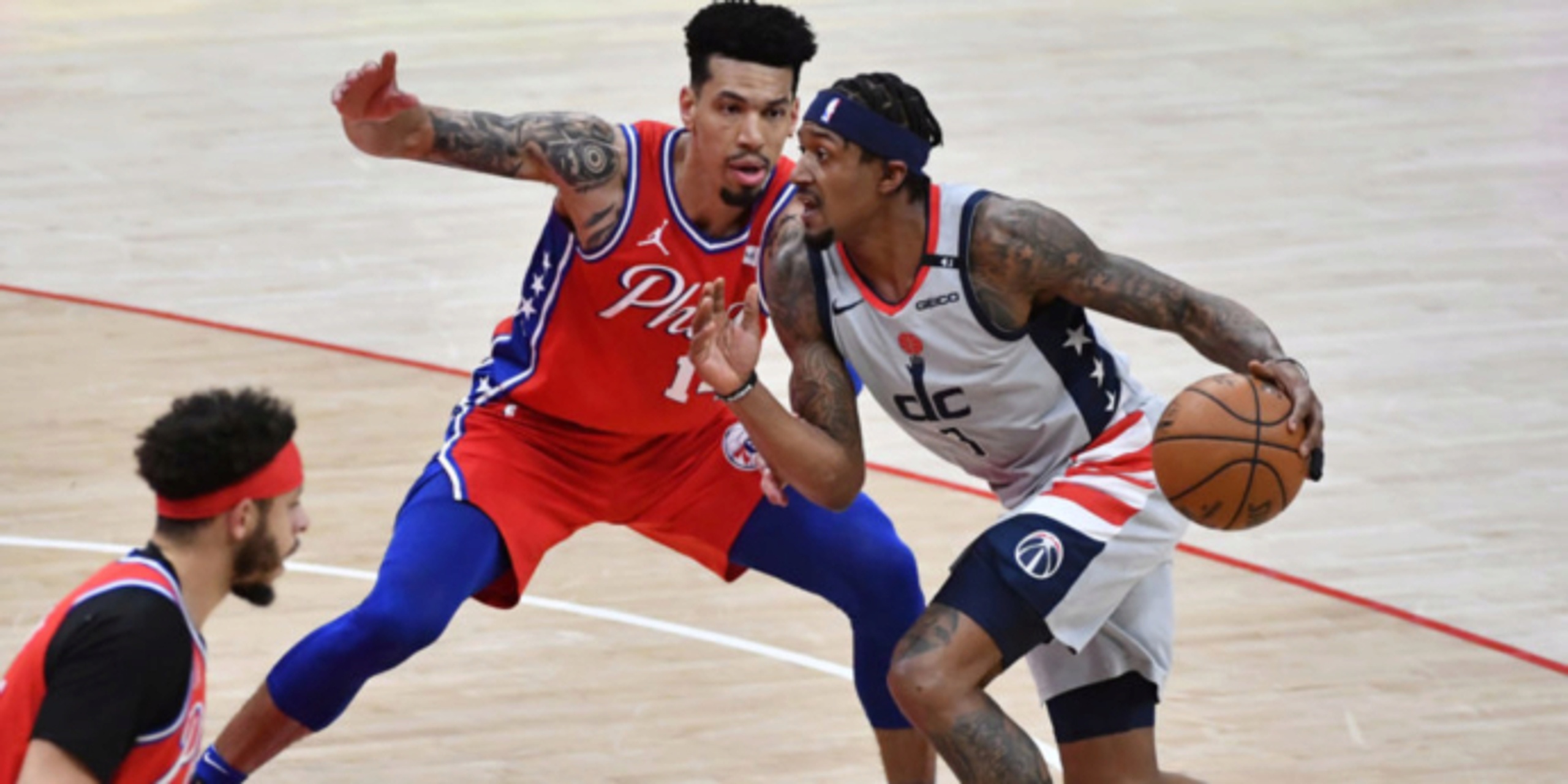 Do the Wizards have a shot against the Sixers?

Before dismissing the Washington Wizards as a fluke team with no chance of advancing, ask yourself this: Who are the two best players in the Washington-Philadelphia first-round series?

The easy answer is Joel Embiid and Ben Simmons. The unpopular answer is Russell Westbrook and Bradley Beal, because Westbrook is polarizing and Beal has been playing on one good leg.

The truth probably lies somewhere in between, so the important question to ask is this: Who has had the better spring?

Westbrook has had seven triple-doubles this month, just missing an eighth Thursday night as Washington took apart the Indiana Pacers, 142-115, in their play-in game for the eighth seed in the conference. He will now go up against Simmons, whose last triple-double was March 17 in an overtime loss to the Milwaukee Bucks, one of four triple-doubles Simmons put together this season.

Westbrook has had four of ‘em since May 8, folks, and broke Oscar Robertson’s career record while accumulating 38 of them this season. So dismiss him and his Wizards at your own peril.

“We’ve got some tough guys in this locker room that I believe in,” said Westbrook, who tossed his sneakers into the crown with just over four minutes left when this one had long since been decided. “Hopefully we can shock the world.”

What was astonishing about Thursday night was the severity of the beating Washington put on the Pacers, who failed to make the postseason for the first time since 2014-15. They have not won a single playoff game since the first round in 2017-18, and although the absence of Caris LaVert (health and safety protocols) Myles Turner, T.J. Warren and Jeremy Lamb (injuries) are a huge part of the explanation for their lost season, Indiana now appears to be the clubhouse leader in the race to determine which franchise will go nuclear in the offseason.

But back to the Wizards, who will be counted out by those prone to hyperbole.

Before jumping on that bandwagon, consider the fact that Westbrook has 106 career playoff games on his tires, along with the exact type of competitive spirit that Philly coach Doc Rivers has been working all year to harness from Embiid, a finalist for MVP, and Simmons, a finalist for Defensive Player of the Year.

But March 12 was eons ago, and it should be noted that what we have seen from Washington since April 7 is 18 wins in 24 games. You know who can match that winning percentage over that same span? Only one team, and if you knew it was the New York Knicks, congrats on staying engaged during this strangest of NBA seasons.

But aside from win-loss percentage, even the Knicks cannot stand up to the Wizards’ points per game (123.9), field goal percentage (49.8%) and points in the paint production (60.5). All are the best in the entire NBA since April 7.

A big part of that has been Westbrook, who has carried the team over the final part of the regular season as Beal has struggled with a hamstring injury. Beal had 25 points in just 28 minutes Thursday night, and big contributions came on the defensive end from Alex Len and Daniel Gafford in making Domantas Sabonis work extra hard for each of his 19 points.

Gafford had five blocks in the first half and finished with 18 points and 15 rebounds in what will be remembered as his coming-out game. Len, now in his eighth season after switching teams five times since being the No. 5 overall pick in the 2013 NBA draft, is headed to the postseason for the first time. Lots of folks have given up on him already, but he is one of the guys still standing this season.

“They’re not always easy, but none of our coaches can say anything bad about any of our guys because they compete real hard every night,” said Brooks, who recalled “knowing what we were getting” when Wizards general manager Tommy Sheppard pulled the trigger on the deal that sent John Wall to Houston for Westbrook.

Brooks recalled how Westbrook addressed the team midseason and angrily told his teammates he was determined not to miss the playoffs, saying that was likely the moment when everyone on the Wizards sort of jumped aboard the resiliency bandwagon and put their 17-32 record behind them.

Brooks was especially appreciative of the noise produced by the crowd of roughly 5,000 fans, which was the largest and loudest crowd in the nation’s capital since… oh, never mind. Jan. 6 is not an important day in Washington basketball history. April 7 is, because that is the day that the Wizards’ season turned around.

Beal has nine years in the bank along with 40 career playoff games as the guy who by far is the longest-tenured member of the organization when it comes to the roster. Beal has been around long enough to have been teammates with the likes of Earl Barron, Nene Hilario, Shaun Livingston, Emeka Okafor, Andre Miller, Drew Gooden and Al Harrington. The 27-year-old finished second to Steph Curry in scoring at 31.3 points per game. Curry averaged 31.98 in the closest scoring race since Carmelo Anthony (28.66) topped Kevin Durant (28.15) in 2012-13.

The Wizards were the third-highest-scoring team in the NBA and took more free throws per game (20.1) than anyone. They were among the teams hit hardest by COVID-19 early in the season (as covered here in this behind-the-scenes piece by former Wizard Troy Brown Jr.), and they had a front-row seat for all of the histrionics that have taken place in the District of Columbia since 2020 turned into 2021.

They are still standing, led by Westbrook, Beal and Brooks, an NBA lifer who kept a jersey from every single NBA team he ever played for. He is tight with Westbrook, whose competiveness should not be underestimated, Brooks warned.

Let’s see what happens vs. Philly, but one guarantee: With the way the Wizards have been playing the past six weeks, they are not going to be an easy out.

“In Boston, I was terrible; I let my teammates down,” Westbrook said. “We’ve got some tough guys in this locker room that I believe in. Hopefully we can shock the world.”