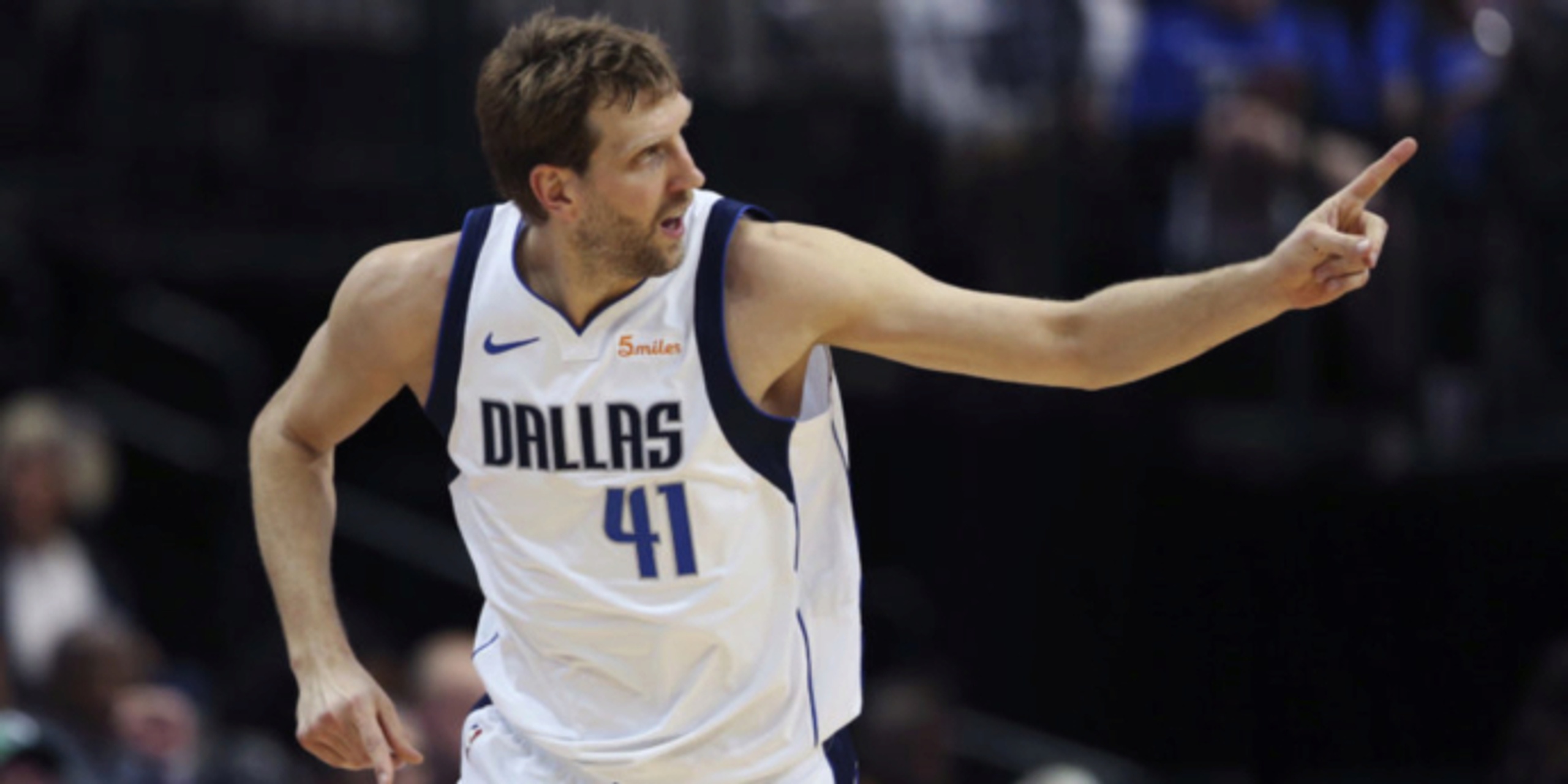 Prior to retiring in 2019, Dirk Nowitzki became the first player in NBA history to spend 21 seasons with one franchise. His legendary career is the second-longest in NBA history, trailing only Vince Carter’s 22-year run.

However, several years removed from his retirement, Nowitzki wonders if he should’ve called it quits sooner since those final seasons negatively impacted his health long-term.

"I keep thinking whether the last two years in the NBA were really worth it," Nowitzki told Real Madrid's midfielder Toni Kroos on his podcast (as translated by Basket News). "Of course, there were highlights, but we didn't perform well on the court, and I couldn't even really move anymore.

"If I had quit two years earlier, I could probably move better today and play soccer with the kids sometimes. I can't do that at all now.”

Nowitzki talked about how he loves to play tennis, but explained that it’s difficult due to his limited mobility. He said that he can only play doubles these days.

“It's really a super awesome sport, really fun. But when you can't move properly anymore, it's hard,” Nowitzki said, per Basket News. “We still play a few times a week, but I can't move much anymore. Most of the time, I just hit a few forehand shots from the baseline in the doubles.”

Many NBA legends have a difficult time deciding when to retire. They’ve spent their whole life playing this game and it’s a huge part of their identity, so walking away isn’t easy.

"It's always hard to find the right time when you stop,” Nowitzki said, per Basket News. “You're still having fun, the body is still halfway functioning, and the motivation is still there.”

Nowitzki seems to be enjoying retirement, and he’s still getting his basketball fix since he serves as a consultant for the Dallas Mavericks. He explained why this role is perfect for him.

"It's nice that I'm a bit free and can organize my day. Sometimes I take a month off and spend time at home supporting my wife, and in the next weeks, I'm a bit more active in my role as a consultant with the Mavs,” Nowitzki said, per Basket News. “I find that very good right now that I am my boss. Basically, that's why I asked the front office to be a consultant for now, because I can't imagine taking a full-time job today. I'm also extremely comfortable with that.”

The 14-time All-Star and 12-time All-NBA selection led the Mavericks to their first NBA championship in 2011 and was named the NBA’s Most Valuable Player in 2007.