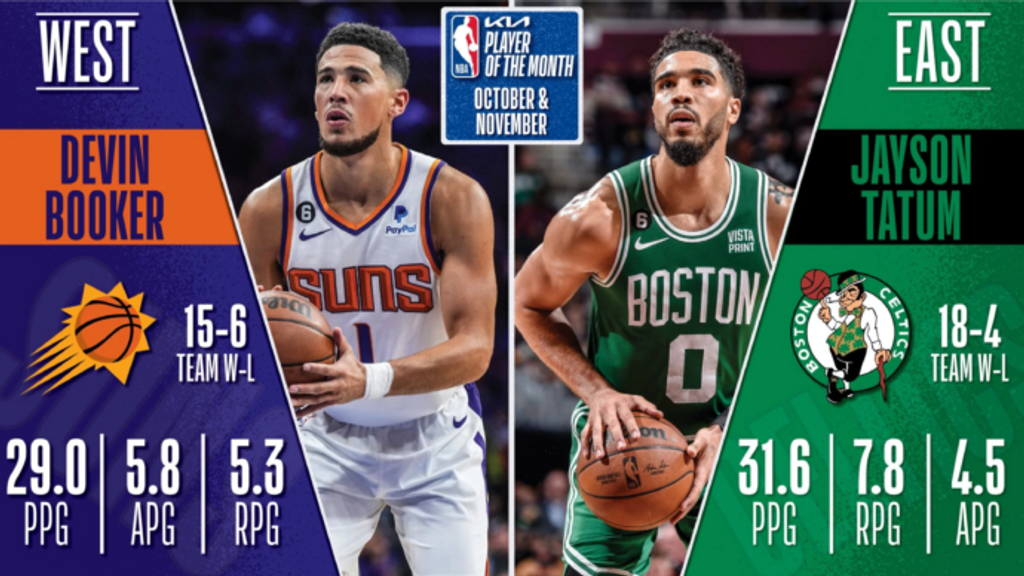 Phoenix Suns guard Devin Booker and Boston Celtics forward Jayson Tatum have been named the NBA Players of the Month for October and November.

Booker is among the league leaders with 29 points per game, including a 51-point outburst against the Chicago Bulls on Nov. 30. The Suns' All-Star is averaging a career-best 5.3 rebounds and is shooting 37.8% from three-point range and has led the Suns to a Western Conference-best 15-6 record.

Tatum has started the season off strong, coming in at 31.6 points a game, which ranks second in the NBA. The Celtics' All-Star is also averaging 7.8 rebounds and 4.5 assists for the NBA-leading 18-4 Celtics.

The Kia NBA Players of the Month for October & November! #KiaPOTM

Here were the other nominees: