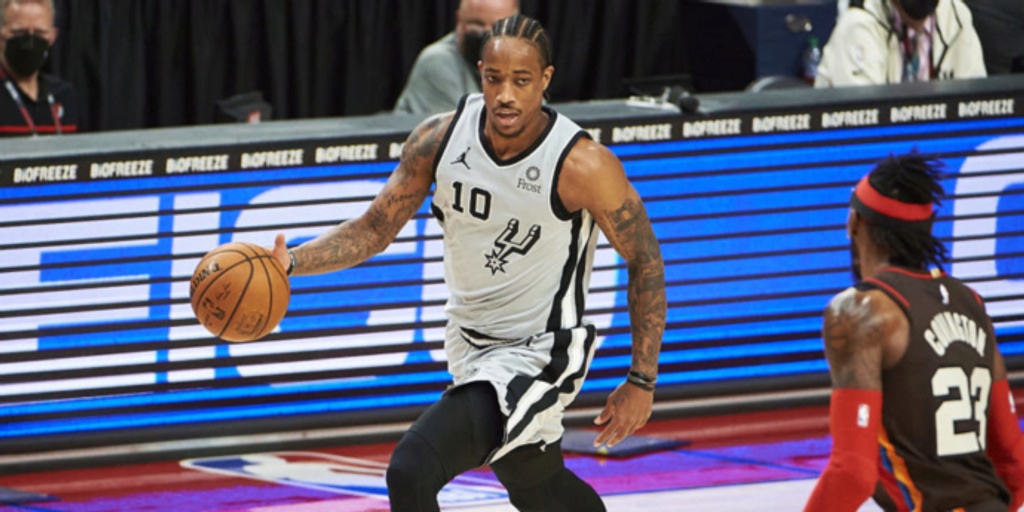 Throughout this offseason, DeMar DeRozan has been mentioned as a possible free-agent target for the Los Angeles Lakers.

“With [Russell] Westbrook now headed to Los Angeles, multiple league personnel contacted by B/R expect there to be significant interest from several veterans, including DeMar DeRozan, Rudy Gay and Carmelo Anthony, to forgo higher-salary opportunities elsewhere and join the Lakers in pursuit of a championship,” wrote Jake Fischer of Bleacher Report on Saturday afternoon.

However, when Fischer joined “The Alex Kennedy Podcast” on Saturday night, he had some new info about DeRozan’s upcoming free agency.

“I’m trying to poke around for some more info on DeMar right now, as we speak, actually. It’s definitely starting to sound like the situation of him going to Los Angeles on the mid-level is not going to be the case,” Fischer said. “There was a hope from Lakers people and from certain players in that organization that he would be willing to [join] – the Kobe connection is real, his hometown, the thought that maybe he could go get a championship for one year and prove that he can do it on that stage ‘cause Kyle Lowry got his ring in Toronto and obviously DeMar DeRozan did not and he’s never really gotten to the further stages of the postseason and had great success yet…

“I think DeMar is an incredible player. What he’s done quietly as a creator [is impressive]; I think he’s been averaging well over [six] assists per game for some time now in San Antonio. He’s something to watch. At this point, I think it’s fair that the mid-level is something that he might not be interested in. I’m trying to poke around on that situation and get some more concrete info, but right now, I can definitely say: I don’t think it’s a sure bet that DeMar is going to take that mid-level to go to Los Angeles. That was something that was heavily discussed and rumored the last week or so, but now it does not seem to be the case.”

Listen to the full episode with Jake Fischer: