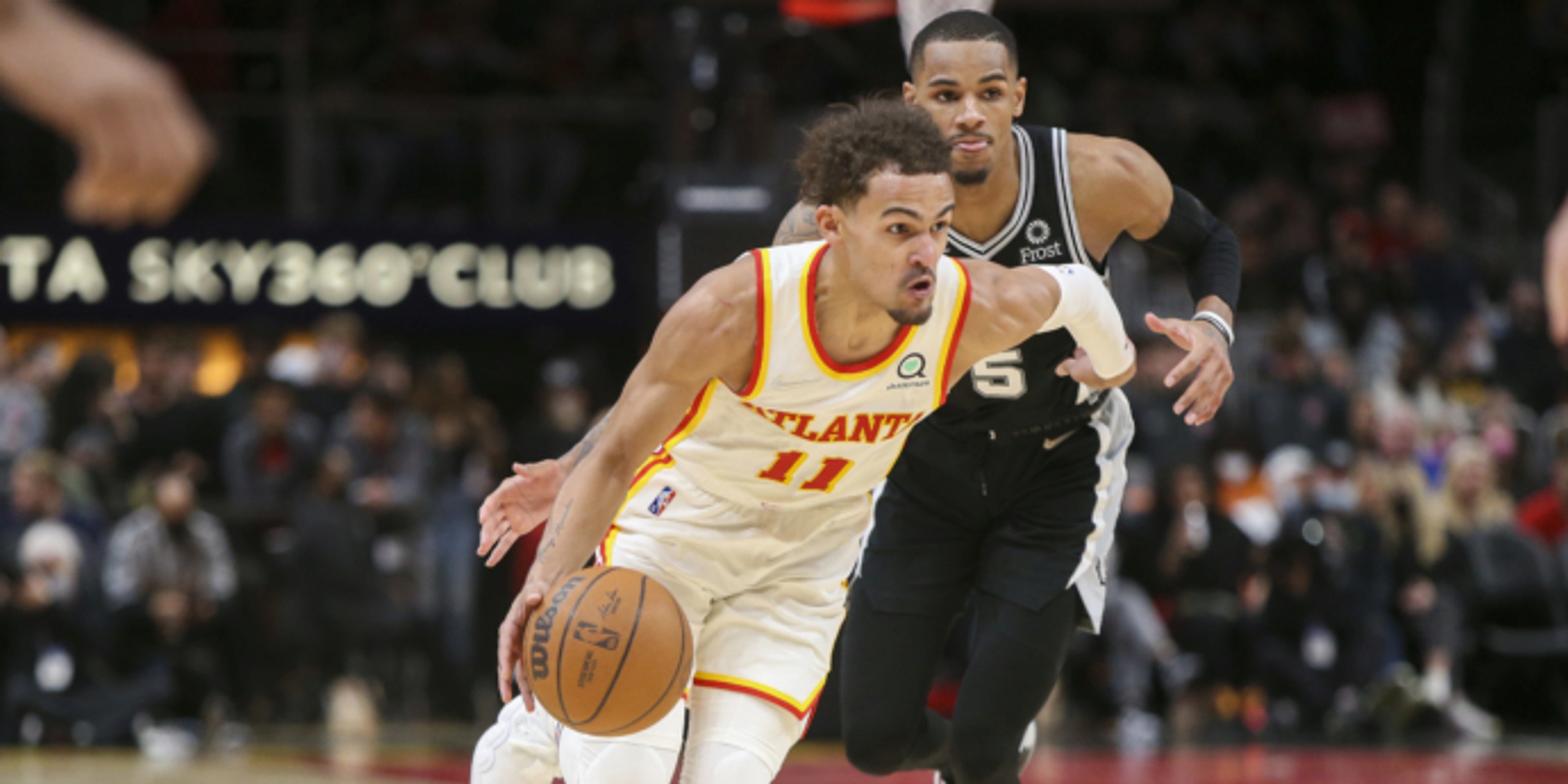 The Hawks are the perfect trade destination for Dejounte Murray

As the Atlanta Hawks try to retool around superstar point guard Trae Young following a very disappointing postseason appearance, they have been very aggressive in trade talks as of late.

“With the Hawks, they’re as motivated as any team in the league to make a significant deal or deals to improve their team and try to find a co-star for Trae Young,” ESPN’s Adrian Wojnarowski said last week on SportsCenter. “I think very likely John Collins is going to be part of any of those deals. I think he’s very likely on the move somewhere this week as they try to do something big in Atlanta.”

The Hawks were reportedly dangling Collins and Kevin Huerter to the Sacramento Kings in hopes of moving up to No. 4 in the 2022 NBA Draft for Purdue’s Jaden Ivey, per ESPN’s Jonathan Givony.

Although Atlanta didn’t move Collins on draft night, the athletic forward could be on the move soon. According to The Athletic’s Sam Amick, Collins was also linked to the Kings in talks that didn't include the No. 4 pick, while also drawing interest from the Indiana Pacers, Brooklyn Nets and Washington Wizards.

Atlanta’s desire to improve their roster isn't going unnoticed, and now there appears to be a golden opportunity for Hawks general manager Travis Schlenk. As Bleacher Report’s Jake Fischer originally reported, the San Antonio Spurs are showing a willingness to trade All-Star point guard Dejounte Murray, but the price would be significant. It would take a “Jrue Holiday-like” package of three future first-round picks for San Antonio to even consider dealing Murray, and the Hawks might be a willing trade partner.

Fischer added this bombshell related to Murray and the Hawks on the latest episode of Please Don’t Aggregate This: “I know that Dejounte and Trae want to play together, or at least have interest in doing it."

It's worth noting that Murray and Young are both represented by the same agency, Klutch Sports. Suddenly, this starts to make a lot of sense from all angles.

Why would the Spurs be open to this? Murray’s trade value is at an all-time high right now coming off a breakout season, and he has two years, $34.3 million remaining on his current contract. If the Hawks are willing to meet their asking price, the return package would be significant for San Antonio. It's possible the Spurs want to bottom out for potential generational prospect Victor Wembanyama in the 2023 NBA Draft.

Murray averaged 21.1 points, 9.2 assists, 8.3 rebounds and a league-leading 2.0 steals per game for San Antonio during the 2021-22 campaign. In his first season with a usage rate above 25%, Murray thrived with more responsibilities on his plate. Murray, who doesn’t turn 26 years old until September, is about to enter the prime of his career. It's very possible that he has yet to play his best basketball, which is a scary thought for the rest of the league.

The right system could accentuate Murray’s strengths. For the Hawks, Murray would be the ideal yin-yang combination alongside Young. With Murray’s tenacious defense and ability to create havoc in all areas of the game, Young can conserve his energy and focus on running Atlanta’s offense at an efficient rate. With an ability to get downhill better than most players around the Association, Murray would benefit immensely playing next to the gravity thief that is Young. In one-on-one situations, Young’s floor-spacing acumen would make Murray’s role so much easier.

Perhaps San Antonio had a realization about where they truly stand right now. After adding three first-round prospects in the 2022 NBA Draft — Baylor’s Jeremy Sochan, Notre Dame’s Blake Wesley and Ohio State’s Malaki Branham — the Spurs are clearly committed to their youth movement. This rookie trio joins Keldon Johnson, Devin Vassell, Josh Primo, Tre Jones and Romeo Langford as foundational pieces in San Antonio. Next year, the Spurs project to have 11 players who are age-22 or younger on their roster.

San Antonio seems focused on stockpiling prospects and developing their young core. There’s no denying that Murray is a star-level player, but the two sides may be going in different directions soon enough. Since Murray is about to turn 26 years old and will want to be in a winning situation soon, perhaps he doesn't fit the team's timeline and that's why the Spurs are weighing their trade options.

The Hawks actually have a solid amount of assets that could be appealing and make the Spurs seriously consider dealing Murray. Collins would be the centerpiece of the package for salary purposes, but the Hawks also own two first-round picks in next year’s draft along with all of their own first-rounders going forward. Even No. 16 overall pick AJ Griffin, who worked out for the Spurs during the pre-draft process, could be a potential trade chip used in a Murray blockbuster.

It's worth noting that Collins is a year younger than Murray, and San Antonio has been linked to him since last offseason when he was a restricted free agent.

“The Spurs are definitely doing intel on John [Collins], like I know that,” Fischer said on the latest episode of Please Don’t Aggregate This. “They’re calling around, asking about him.”

It’s rare to find a potential blockbuster where all the dots begin to connect in rapid succession. If the Spurs are serious about listening to offers on their All-Star point guard, the Hawks won't be the only team making an aggressive push for Murray — plenty of other star-starved organizations will do the same. Thanks to his versatile skillset, Murray is an elite connecting piece for any potential win-now franchise.

In Atlanta, one could argue that Murray would be in the best situation of his career. Forming a one-two punch alongside Young in the backcourt while also being flanked defensively by De’Andre Hunter and Clint Capela, Atlanta would have the chance to make serious noise next season if this happens.

This could be a win-win trade, but we'll see if the Hawks are willing to meet the Spurs' asking price. But given the recent rumors, don't be surprised if Murray is playing in Atlanta by the start of next season.