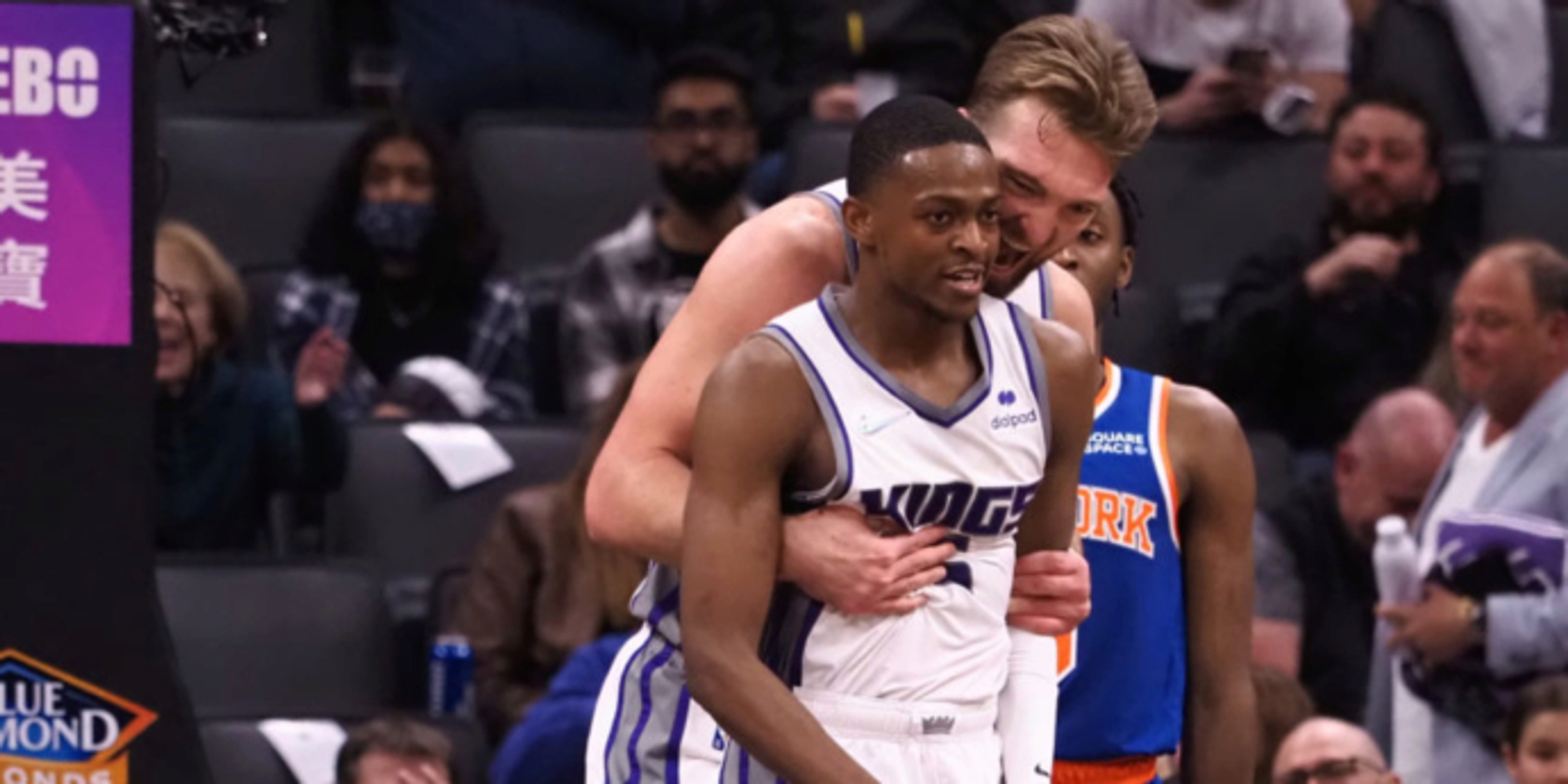 De'Aaron Fox is blossoming alongside Domantas Sabonis, but what's next?

Once more, the Sacramento Kings are toiling in the NBA’s version of no man’s land. On the verge of missing the playoffs for the 15th straight season, when will a light finally shine at the end of this franchise's depressing tunnel?

After the Kings traded away very promising second-year guard Tyrese Haliburton to the Indiana Pacers in exchange for All-Star center Domantas Sabonis at last month’s trade deadline — a blockbuster deal for both sides — they decided the time was now to push some chips into the middle of the table. With the long-standing postseason drought still in full effect, the Kings are trying to capitalize on the new Play-In era of the Association. Although Sacramento is 20 games below .500 at 24-44, the team is within shouting distance of the final Play-In slot at No. 10 in the Western Conference.

The biggest beneficiary of jettisoning Haliburton and bringing aboard Sabonis has been the cemented face of the franchise, De’Aaron Fox. Involved in trade rumors himself all season long before acquiring Sabonis, Sacramento’s commitment to Fox has paid off in spades over the last month.

Since Feb. 9, the day Sabonis first put on a Kings uniform, Fox has put up some incredible numbers, averaging 28.2 points, 6.5 assists and 4.1 rebounds on an outstanding 59.2% True Shooting percentage. Functioning alongside a big man who can be the hub of an offense, plus creating for others around him, Fox is finally blossoming into an All-Star type of lead guard in Sacramento.

When comparing Fox’s stats before Sabonis, there’s no wonder why the Kings decided to pull the trigger and take a real risk committing to Fox over Haliburton long-term as the No. 1 option.

As you can see, the difference for Fox is massive now playing next to a legitimate running mate who can take the pressure off him. Sabonis has allowed Fox to be fully weaponized within the Kings’ fast-paced offense, getting downhill to the basket with ease thanks to the new gravity now provided to do his damage.

Now becoming a real legitimate sample size spanning over a month, Fox is showing the goods as to why Sacramento committed a rookie-scale max extension when he was first eligible. Fox was the only hope for Kings fans, as the team otherwise operated within a discombobulated environment. Now, with Sabonis forming a lethal 1-2 offensive punch with Fox, there’s at least a foundational idea in place to build further around them.

Sabonis is up to 15 points after sinking his first seven shots 🔥 pic.twitter.com/qA12UGhFgK

What still remains an issue, though, with this tandem is the lack of defensive integrity. Sure, the offense has real potential to produce firepower on a consistent basis now, but it won’t matter without getting stops on the other end.

Sabonis is the polar opposite of a defensive anchor, consistently worked by strong and aggressive bigs down low. Fox has also lagged behind in this department, really taking a step back the past couple of seasons with his effort as an on-ball defender. In the 299 total minutes Fox and Sabonis have shared the floor together, the Kings are still getting outscored by 2.4 points per 100 possessions. The sole reason for that is because of their horrific job of attempting to contain opposing offenses from doing whatever they want; it checks in at a 118.7 Defensive Rating. If you compare that to team-centric numbers on defense, Sacramento would rank last in the NBA for points allowed per 100 possessions.

Even if the Kings miss the play-in tournament, they are set up well in 2022-23 to finally make a real playoff push. Fox and Sabonis are already locked in, but so is versatile veteran forward Harrison Barnes. Davion Mitchell has flashed some promising potential in his rookie campaign playing on or off-ball alongside Fox. The cupboard is not completely barren in Sacramento, and one more swing of good lottery luck fortune could put them in position to add the much-needed third pillar to vault them into serious postseason discussions.

Just imagine how much better off the Kings would be long-term building a winning program around Fox and Sabonis if they brought in a tantalizing draft prospect like Chet Holmgren from Gonzaga. He’s the ideal piece to the puzzle to place next to Sabonis, offsetting serious defensive concerns with a legitimate rim-protector. Very similar to the blueprint Sabonis already experienced with the Pacers, it seems necessary for this whole process to reach its max output down the road.

The Kings are not a laughingstock anymore, but trying to shed that label for over a decade has taken a toll on the organization. If the pendulum swings in the team's favor, Sacramento can finally escape proverbial basketball hell.

Fox’s ascension since the arrival of Sabonis has brought clarity to how the Kings’ lead guard can operate next to a really talented secondary option. Some would argue Sabonis is a better player than Fox, but these flashes we’re seeing on a more consistent basis from the former Kentucky Wildcat as of late are super promising for what’s next regarding his career arc.

Although it seems far-fetched, the Kings are positioning themselves within their win-now window. The commitment has already taken place by shipping off arguably their most consistent player in Haliburton last month.

Sacramento’s vision of building a dynamite offense with Fox and Sabonis is already showing positive results. Now, it’s time to see whether it maintains for a last-chance play-in push or a full-on surge in 2022-23.

Fox is already benefiting from this new look in Sacramento, but what other pieces will soon fall into place for what will be a massive offseason once more for the playoff-starved organization?