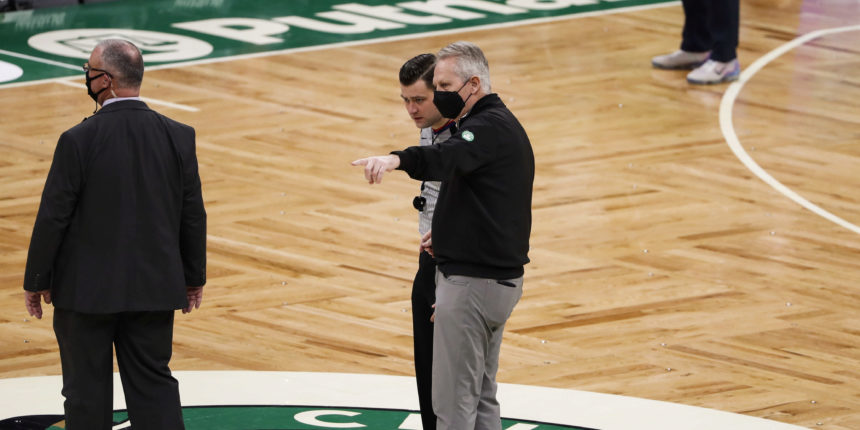 When speaking with Adam Himmelsbach of The Boston Globe, Danny Ainge said there's "nothing going on" regarding a potential front office role with the Utah Jazz.

ANALYSIS: Himmelsbach also added, "[Ainge] also said he would probably like to eventually get back into basketball in some capacity, but he insisted that if he did, it would be as a kind of advisor, not a lead executive." Ainge was previously the Celtics' president of basketball operations, but stepped down from the role soon after Boston lost in the Eastern Conference playoffs.