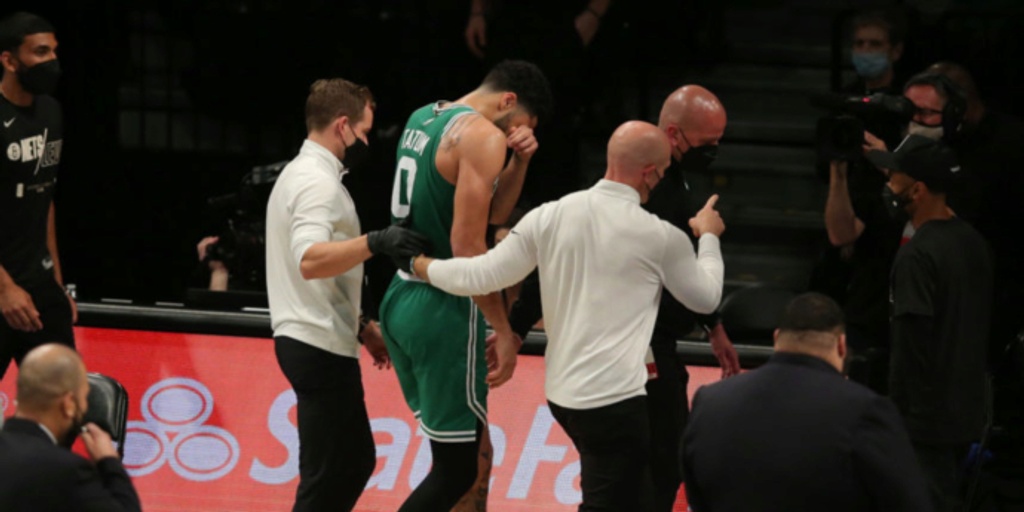 Danny Ainge says Jayson Tatum should be available for Game 3

Danny Ainge on the sports radio show Toucher and Rich says Jayson Tatum should be good for Game 3: “I think he’s going to be fine … he’s doing much better.”

ANALYSIS: Tatum was accidentally poked in the eye by Kevin Durant in Game 2 of the Boston Celtics' first round series vs. Brooklyn, and left the game early in the third quarter.

"He went back out on the court [and] tried to readjust to the light out there, and he was really struggling," Brad Stevens said after the game. "He got scratched pretty good. It looks pretty red, it looks pretty swollen to me."