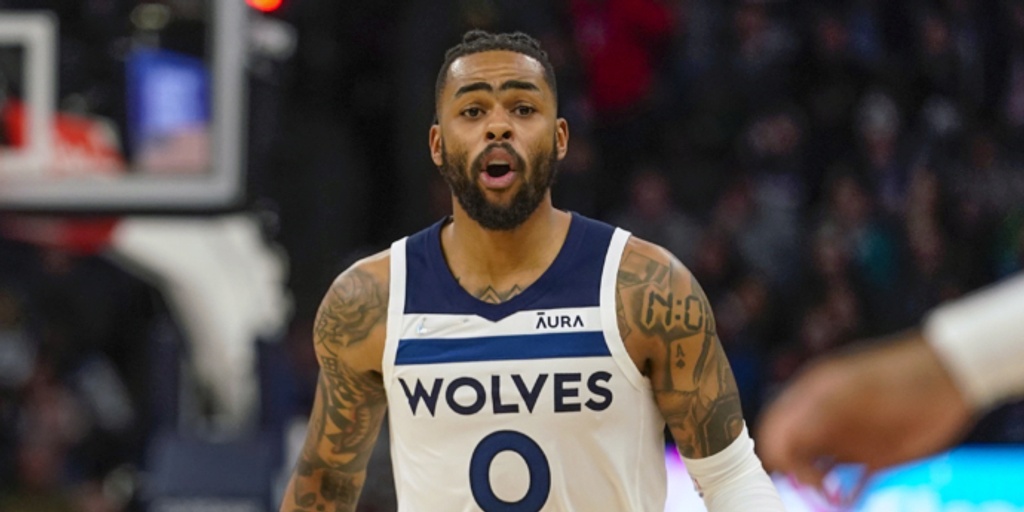 According to Minnesota Timberwolves insider Dane Moore, a trade involving D'Angelo Russell is now looking even more likely — either tonight or during the first week of July.

I've been saying for the past month that I've heard it is over a 50% chance that D'Angelo Russell is traded this offseason.

Conversations with a few non-Timberwolves sources today suggest a Russell trade is now even more likely -- either tonight or the first week of July.

Yesterday, The Athletic's Jon Krawczynski reported that Minnesota wasn't close on a deal revolving around Russell. With the draft serving as a real-time timeline, maybe Minnesota has found a willing dance partner in negotiations.

Minnesota continues to be a dark-horse team to watch in trade discussions, as they have even inquired about big men like Rudy Gobert, Clint Capela and Myles Turner to pair alongside Karl-Anthony Towns.

Timberwolves president of basketball operations Tim Connelly said yesterday Minnesota was "super open" to trading the No. 19 pick as well.