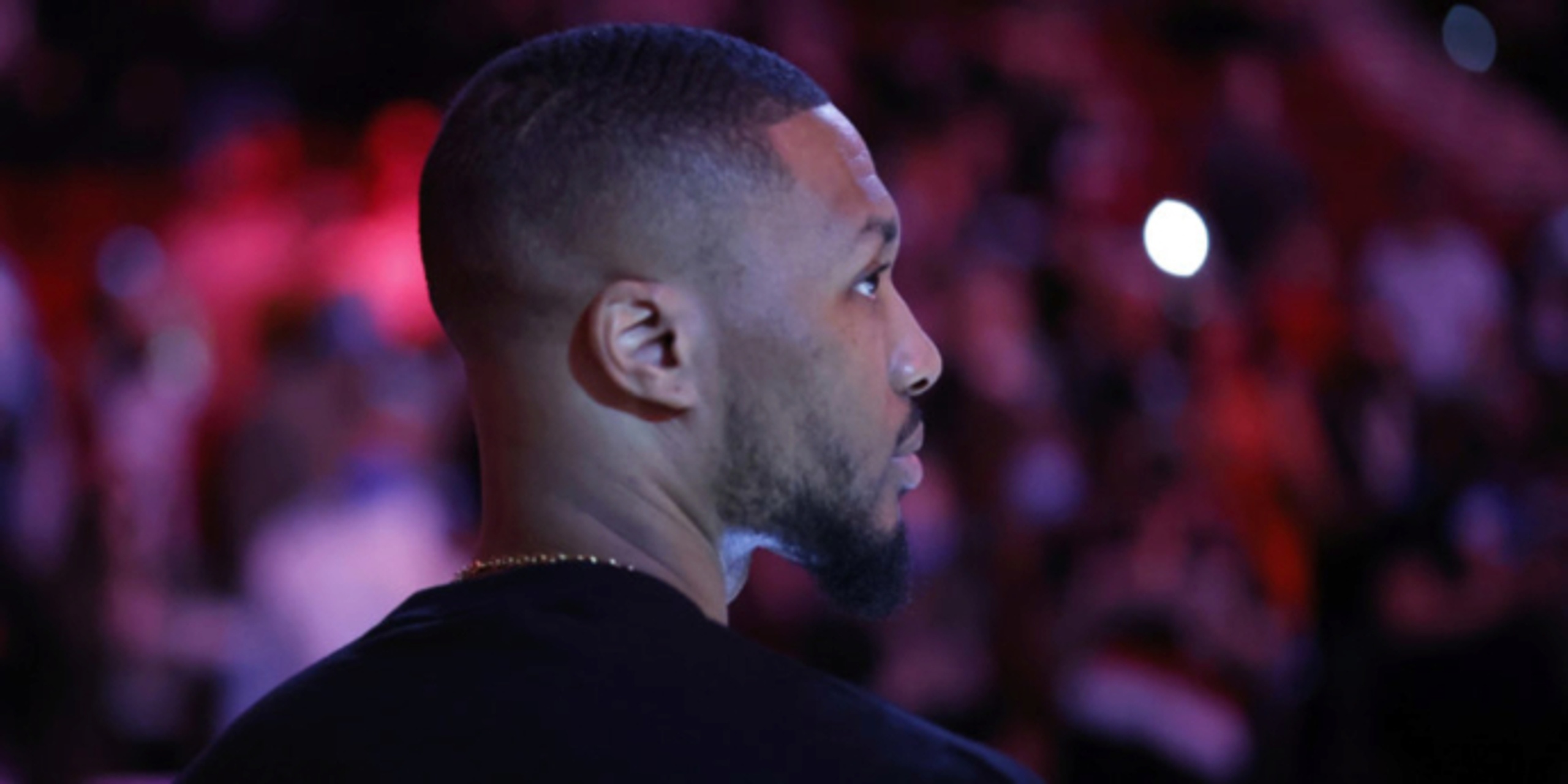 Objectively, Damian Lillard is as accomplished as nearly anyone in the NBA, but the legacies of all-time greats are judged against other all-time greats. Shaquille O’Neal teases Charles Barkley on "Inside the NBA" about having won zero championships because he can. Win one, and you’re forever a member of the club. Fail to do so, and you’ll remain on the outside looking in.

Granted, being an all-time great is a good club to be a part of, but failing to win a championship can be utterly haunting. Just watch players like Barkley and Patrick Ewing talk about failing to win on the biggest stage. You hear regret in their voices. And pain. And there’s nothing they can do about it.

It’s premature to lump Lillard in with the aforementioned greats. After all, he’s still only 31, meaning he has years remaining before we can have an honest discussion about his place amongst league legends (with or without a championship). I’ll happily wait until he’s retired to assess his legacy.

What I will address now is the fact that Lillard’s inability to deliver a championship to Portland in his 10 seasons is actually not his fault. In fact, I posit that that no superstar in recent memory can be blamed less than Lillard for his team’s shortcomings. Lillard has faced a grueling uphill battle since joining the Trail Blazers as a rookie, and his presence has resulted in Portland consistently outperforming their talent.

First, let’s inventory how Lillard’s Trail Blazers have fared in the postseason. In total, Portland has missed the playoffs twice since Lillard was drafted: once during his rookie year and again in 2021-22, a season in which Lillard was shut down in late December due to abdominal surgery. Had Lillard been healthy all season, his Blazers may have made their ninth consecutive postseason appearance.

Once there, Lillard is an impactful postseason player, posting 25.7 points and 6.2 assists per game in 12 career postseason series. Across his playoff career, he’s shot 41.2% from the field, 36.9% on threes and 88.7% on free throws. He’s also had several epic shots that were either game-winners or series-enders, which probably inspired Robert Horry, an all-time great shooter himself, to recently refer to Lillard the best clutch shooter ever.

“He has hit a clutch shot versus every team in the NBA.”https://t.co/lg34EjTZNB

Like Barkley and Ewing before him, Lillard has been a victim of time and circumstance, as his prime fell right in the middle of the Golden State Warriors’ historic run. But in Lillard’s case, his struggles have been about more than his opponents. After all, Lillard is not dominated by any one player like how Jordan dominated his era. His circumstances are more a result of his supporting cast, or lack thereof.

Lillard’s stance on recruiting is that he wants to remain in Portland. He’ll assist in recruiting free agents to Rip City, but he will not entertain recruiting pitches from other teams’ stars, a fair and respectable stance. For whatever reason, Lillard has been unsuccessful in recruiting others thus far. For example, he failed to land Kelly Oubre in Portland just last summer. However, there are limited examples of a dedicated push by Lillard in recruiting. Whether he foregoes recruiting or fails at it , the result is the same, and it hurts.

But as much as Lillard could participate in team building, there is a management team that is paid a handsome salary to build the team into a legitimate contender, regardless of Lillard's recruitment style. Frankly, that front office has failed to surround Lillard with top-tier co-stars.

A quick inventory of recent NBA champions reveals that Portland’s talent is simply insufficient. Seven of the last 10 champions had multiple All-Stars. The other three were San Antonio in 2014, Cleveland in 2016 and Milwaukee in 2021, and we know all three teams had far more talent than any Portland team. Comparatively, battling all-time great competition, Lillard’s only active All-Star teammate has been LaMarcus Aldridge, and they only overlapped as All-Stars twice.

There is also CJ McCollum, who was the 2015-16 Most Improved Player. Despite not being named to an All-Star team, he’s certainly been an All-Star caliber player for much of his career. He’s even (slightly) better in the playoffs, where he’s scored 20.2 points, 4.4 rebounds and 3.0 assists per game in 13 series.

Portland could be on to something now. Anfernee Simons could prove to be a valid backcourt mate for Lillard. The former IMG star had a breakout season last year, averaging 17.3 points per game on 40.9% on three-pointers. If Joe Ingles can regain his pre-injury form and Jusuf Nurkic can remain healthy, there are some promising pieces in the mix.

However, the Trail Blazers still need at least one more creator. Fortunately, Portland has a 37.2% chance of sneaking into the top-four in this year’s NBA Draft. Doing so would equip them with a valuable trade chip that could deliver exactly the type of player they need and maybe get them closer to becoming NBA Champions.

Regardless as to what happens with Portland in the immediate future, a closer look at Lillard's body of work reveals just how great he really is. Soon, he may join that elusive and exclusive championship club, but even if he doesn’t, we should be careful how we refer to his failures. Because more so than practically anyone in NBA history, not winning a championship shouldn't paint our perception of Lillard.