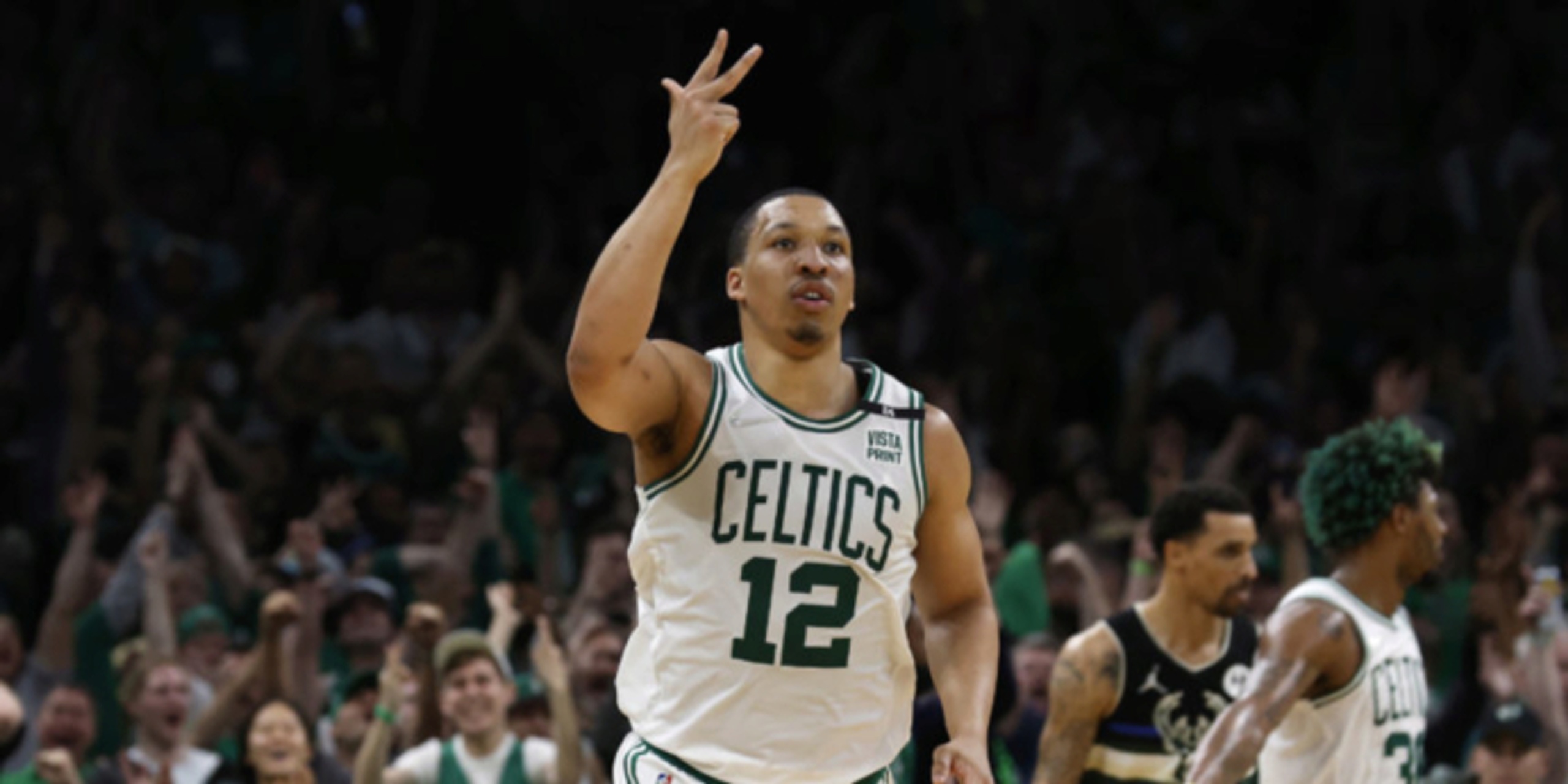 Boston will face the top-seeded Miami Heat beginning Tuesday in a rematch of the 2020 Eastern Conference Finals. The Heat beat the Celtics in six games in that series at Walt Disney World.

The Celtics trailed early but outscored the Bucks 61-38 in the second half to cruise to the victory. Boston used a whopping 54-point advantage from behind the arc to improve to 25-9 in decisive seventh games.

The Boston Celtics made 22 threes against the Milwaukee Bucks, which is the most made threes in a Game 7 in NBA history.

The previous record was 20 threes by the Los Angeles Clippers in their Game 7 win against the Dallas Mavericks on June 6, 2021. pic.twitter.com/eX95eqTJ7S

Giannis Antetokounmpo had 25 points, 20 rebounds and 9 assists. But he was just 3-of-11 in the paint in the second half, including 1-of-6 in the fourth quarter. Jrue Holiday added 21 points and 8 assists. Brook Lopez finished with 15 points and 10 rebounds.

Williams finished 7 for 18 behind the arc as the Celtics finished the comeback after dropping Game 5 at home to fall into a 3-2 hole.

It was 63-53 when Tatum went to the bench after being whistled for his fourth foul. But the Celtics rallied without him, outscoring the Bucks 16-11 the rest of the quarter to take a 79-64 lead to the fourth.

The Bucks led the entire first quarter as Antetokounmpo scored or assisted on 24 of Milwaukee’s 26 first-quarter points.

Boston began to claw back in the second quarter, drawing a third foul on Bobby Portis at the 8:49 mark. TV cameras showed him tossing his goggles as he went to the bench area. He’d been wearing the goggles since suffering a right eye abrasion in Game 2 of Milwaukee’s first-round series against the Bulls.

With Portis on the bench, the Celtics took their first lead of the game on a dunk by Al Horford that punctuated a 12-2 run.

Boston led 45-43 in the final minute of the half when Tatum was called for an offensive foul on Grayson Allen – Tatum’s third foul of the game.

Following an unsuccessful challenge by Celtics coach Ime Udoka, the teams exchanged misses. But after Smart’s steal near midcourt, Antetokounmpo fouled Smart as he attempted a last-second, three-point heave. Smart connected on each of his three free throws to give Boston the 48-43 halftime lead.

Celtics center Robert Williams III was available to play after missing three-straight games with soreness and a bone bruise in his surgically repaired left knee, but he didn’t play.

Bucks: There was a pregame moment of silence held for the victims of mass shootings this past week in Milwaukee and Buffalo. … Khris Middleton missed his 10th straight playoff game with a sprained medial collateral ligament in his left knee. … Milwaukee missed their final 11 three-point attempts of the first half.

Celtics: Were 9-of-22 from the 3-point line in the first half. … Patriots team owner Robert Kraft sat courtside, along with Patriots quarterback Mac Jones and receiver Kendrick Bourne.