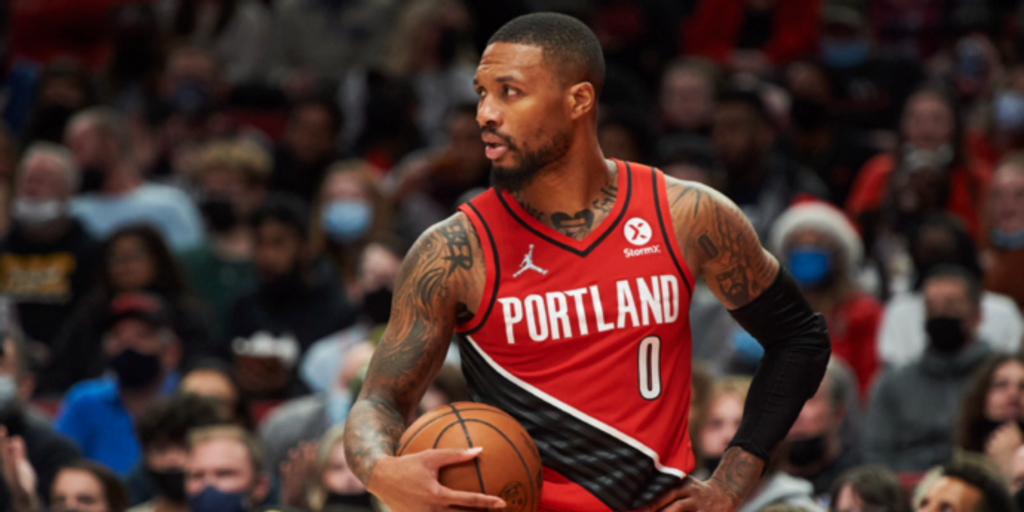 Pain-free Damian Lillard adamant best days are ahead for him, Blazers

Sure, his Portland Trail Blazers may be headed to the NBA Draft Lottery for the first time in eight years. And yes, along with Norman Powell and Robert Covington, CJ McCollum was traded away.

But the best days are ahead in Portland. That is, if you’re to take Damian Lillard’s word for it.

According to the 31-year-old superstar, the "best is yet to come" for both him and the Blazers franchise, and a championship remains the goal.

It may appear unlikely for the lottery-bound Blazers, but in a recent sitdown with Chris Haynes of Yahoo Sports, Lillard’s message was clear: Be afraid — of him and Portland, that is.

“It's the first time that I can say I was pain-free since maybe 2016, 2017,” Lillard revealed during his sitdown with Yahoo.

“I think that's when I first started having issues. That was the last time I was probably moving freely, easily and just flowing the way I am right now.”

Despite living with and playing through the pain between the 2018 and 2021 seasons, Lillard has both been named an All-Star and to the All-NBA First and Second Teams. And although he wasn’t able to fully participate with his Blazers this year, he is looking forward to the challenge of continuing to lead the franchise, especially with the seldom-seen financial flexibility they’re expected to have after some midseason moves — the most notable of which saw McCollum traded to the New Orleans Pelicans.

“We've positioned ourselves to do something that we haven't been able to do since I've been here, which is we’ve opened up money,” Lillard said.

Still, though, Lillard realizes that nothing is guaranteed, and that the team has to be able to sell both him and its vision to players. Ultimately, that will be Portland's challenge this summer. But the silver lining in Dame’s extended absence has been the opportunity it’s afforded to some of the team’s lesser-known (and inexperienced) players to get repetitions — and, for some, prove that they belong in the NBA.

Aside from Simons, head coach Chauncey Billups has found value in the likes of Drew Eubanks, Trendon Watford, Brandon Williams and CJ Elleby. They haven’t necessarily led Portland to as many wins as the team would have liked, but each has shown flashes of potential and given Billups productive minutes. The hope is that they will improve to the point where they can join Josh Hart, Justise Winslow, Jusuf Nurkic and, of course, Lillard as members of the rotation.

That being said, Lillard isn't naive to the fact that whatever happens in Portland will start and end with him. And though he would be considered “older” on the youth spectrum, he draws optimism from many of his elders who are still playing at a high level. Think about DeMar DeRozan (32), Kevin Durant (33), Steph Curry (34), Chris Paul (36) and LeBron James (37), just to name a few. 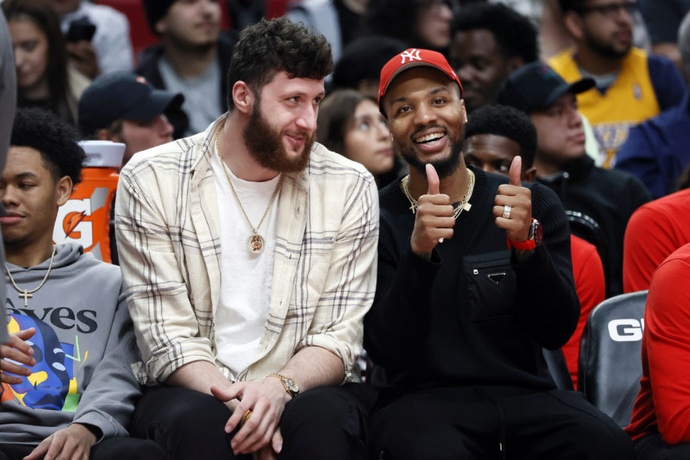 “It seems like after I announced that I was having surgery, people were like, ‘Oh, he's 31 and having this done.’ Man, 31 is not old,” Lillard said.

“We have guys around the league older than me that are still playing at a high level... My game will age well, and I don't have a history of injuries,” Dame defiantly added, passively pointing out the fact that, during his first seven seasons, he appeared in 95.5% of his career games.

Sure, the last three seasons have been a different story — he will have missed 66 games in all — but he’s confident that the abdominal issue that’s hampered him will become a distant memory.

“The [injury] that I just had is not a bad injury to have,” Lillard said.

Citing winning the league MVP and a championship as his priorities during the interview, the rest of the NBA should certainly wonder just how much better Damian Lillard could be.

If he could even return as the same player we last saw, much less an improved version of himself, with a good move or two, there’s plenty of reason to believe that Portland can become a contender once again — and in short order.

If you’re to take Lillard’s word for it, it’ll be sooner rather than later.

For the 31-year-old superstar, eager to put the 2021-22 campaign behind him, next season simply can’t come soon enough.