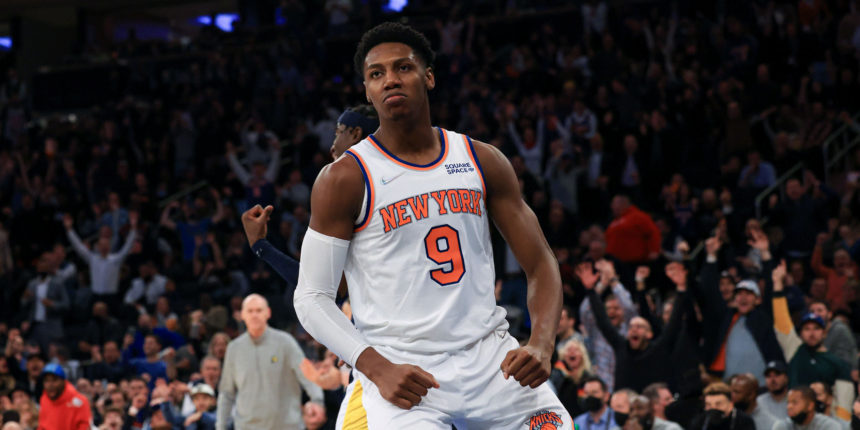 Could the Knicks’ next 15-game stretch make or break the season?

Could the Knicks’ next 15-game stretch make or break the season?

Relative to the expectations, it sure could. In the new and improved Eastern Conference, there will be a big difference between being 16-14 and 12-18. The former could get you flirting with another top-four seed.

After surprising pretty much everyone last season, New York isn’t sneaking up on anyone this go-round. Not so far, anyway. And while an 8-7 record isn’t necessarily cause for panic, a repeat of last season’s run would require the Knicks to take full advantage of the soft spots in their schedule and make hay while the sun shines.

At 5-1, it seemed they were doing just that, but the growing pains appear to have caught up to Tom Thibodeau’s team. From Kemba Walker and Evan Fournier to Julius Randle, RJ Barrett and the Coach of the Year himself, there is enough blame to go around.

When it’s all said and done, just like any other season, the Knicks will have both good wins and bad losses. Losing two home games to the Orlando Magic would qualify as the latter.

To that end, judging by their competition, the Knicks should’ve been 11-4 after their first 15 games, maybe 10-5. And while 8-7 isn’t that far off, in the end, in the rough and tough East, those two games could make a big difference — especially if they end up squandering one or two winnable games in every 15-game set. Over the course of the long season, that’s how teams that should’ve won 52 games end up winning 42.

And it’s how coaches end up getting fired.

So, it might not be too dramatic to say that the next 15 games could have major implications on how the season plays out for Randle and Co. Believe it or not, the Eastern Conference is better and deeper than it has been in quite some time.

New York is far from a shoo-in for a playoff berth, much less a top-four seed, and definitely not if they keep on blowing games to the cupcakes on its schedule.

If healthy (as is always the case), the Milwaukee Bucks, Brooklyn Nets, Miami Heat, Atlanta Hawks and Chicago Bulls stand to be battling for the higher playoff seeds. The Knicks could find themselves in the mix, but for that to be the case, they’ve got to get all the winnable games on their schedule. Although the game is not played on paper, three or four bad losses could legitimately be the difference between a fifth seed and being in a play-in scenario.

In the first month of the season, the Knicks have played 7 of their first 15 games on the road, but have not gone on a long road trip — they’ve only played as many as two consecutive games on the road twice.

So aside from the relatively easy competition in the season’s first 15 games, the Knicks have also had the benefit of sleeping in their own beds and the practice time that comes with it.

Their furthest road game was in New Orleans. They traveled to Orlando, Charlotte, Chicago, Milwaukee and Philadelphia — none of which is a pilgrimage. Truth be told, they’ve have had a fairly forgiving schedule — both in terms of its strength and competition. 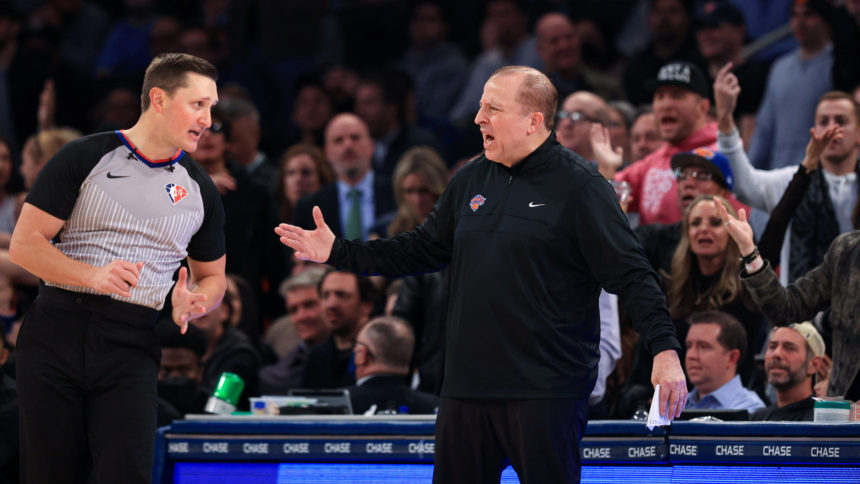 The second 15-game stretch will be brutal by comparison.

New York will open the stretch with a “gimme” on Saturday, when it welcomes the Houston Rockets to town, with the gauntlet beginning the next night in Chicago. The team will then welcome a well-rested (and by then, reconditioned) LeBron James to Madison Square Garden on Nov. 23 before Chris Paul and his Phoenix Suns follow on Nov. 26.

Five of their next seven games from that point will be on the road, and the two home games in that stretch will be against the Bulls and the Denver Nuggets, who happen to employ the reigning MVP.

Things will soften a bit after that, but not before Giannis and Steph Curry each make appearances at Madison Square Garden on Dec. 12 and Dec. 14, respectively.

While only seven of those games will be played against teams that made the playoffs last season, the Warriors and Bulls (which account for three additional games in the stretch) don’t really fit in that category. So 10 of those games will be tough, with the four of the five “easier” opponents being the home team.

Even playing as poorly as they have been, the Knicks definitely won’t go 1-14 in the stretch... But the only game you’d probably feel comfortable predicting them to win would be the first game of the stretch against the Rockets. And judging by what Cole Anthony did in his two appearances at Madison Square Garden this season, one can’t ignore the fact that youngsters often look forward to playing on Broadway.

Over their next 15 games, all things considered, another 8-7 stretch would be acceptable. Had the Knicks taken care of business in their first 15, they could’ve potentially arrived at their Christmas Day showdown with the Hawks at somewhere around 18-12.

By the same token, if they don’t right their ship and merely continue to lose at the same rate they have since beginning the season 5-1, they could be 13-17 after 30 games.

That... is not good. But it’s also in the realm of possibility.

Particularly for teams with expectations, the season can get away from you quickly. A bad loss here, an injury there, and next thing you know, you’re three games below .500 and struggling to keep your head above water.

That’s exactly where the Knicks found themselves last season. They didn’t actually comfortably get above .500 and start smelling home-court advantage until a nine-game win streak in April.

But alas, despite hoping that things would be different this go-round, at least through the first 15 games, it’s been fairly similar.

After finishing 41-31 last season, the expectations were a bit higher. Walker was supposed to provide a steady hand and Fournier should’ve been a vital cog, with Barrett taking another step forward and Julius Randle continuing to be the same player — none of it seemed too much to ask.

Sadly, for the club, through the first 15, all of it was.

If New York is to have any chance of ending up where the franchise envisioned, these next 15 games will have to look a lot different than the first.

Obviously, judging by the competition, that won’t be an easy task.