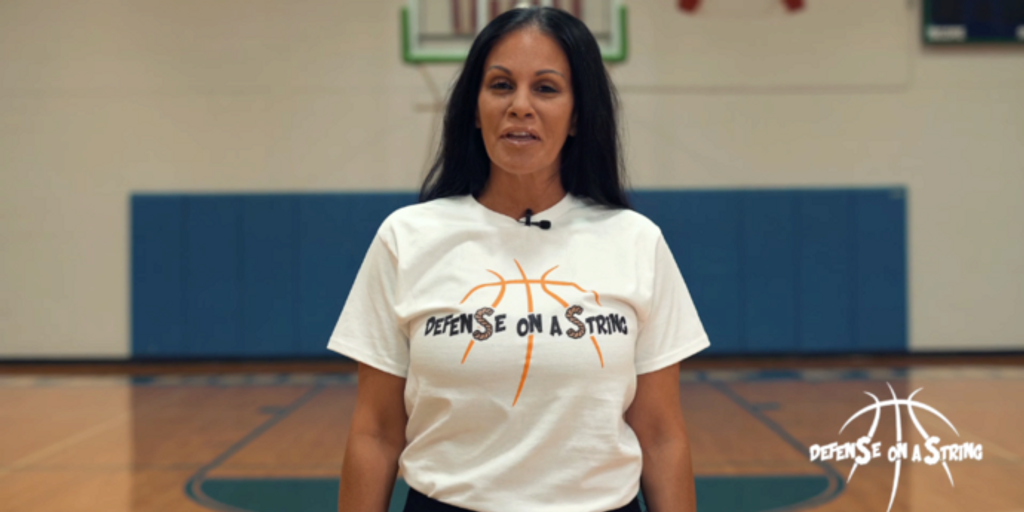 The game of basketball is evolving in many ways. It has become faster-paced, position less and offense-oriented, so much so that defense has taken a backseat for some players. In response to this trend, high school basketball coach Jennifer Sepielli has come up with a revolutionary solution to flip the script and encourage activity on the other end: Defense on a String.

Defense on a String is a brand-new product that launched on Wednesday, constructed to help coaches and players put a real focus on team defense. The brainchild of Sepielli, a former standout guard at Hillsborough Community College and the University of South Florida, the product’s design allows for individuals to be linked together as they move in unison. In addition to coaches communicating what spots players need to be in defensively, now they’ll have a physical representation of it.

Here’s how it works: Defense on a String has five belts that are connected by one bungee cord in between each belt to simulate the concept of a team playing on a string offensively. The adjustable belts wrap comfortably around the waist of each player. As one player rotates to close out on the ball, every other player will feel a tug as a reminder to get to help position or in a passing lane. The product can be used to teach players both man-to-man or zone defense. It fosters the muscle memory needed for good defensive execution by reinforcing the need for every player to move when the ball is in flight. Designed for all levels, it helps improve not just all movement and spacing, but also helps reaction time and foot speed defensively.

“I just hope I can help the game improve on the defensive end,” Sepielli told BasketballNews.com in a phone interview. “Our sport is oversaturated with offensive tools – you need those things – but I feel like as coaches, we tell our players, 'Defense wins games.

“Defense wins championships.' So I thought, what is there to help us reiterate that? Other than vocally speaking it, what's on the market that can help us reinforce what we say has such an important part of the game?”

While coaches may primarily use it in a five-player setting, Defense on a String can also be broken down for any scheme, 3-on-3, 2-on-2, the shell drill, etc. The bungee cords have been tested at the highest resistance, too, allowing for over 150,000 pulls to ensure the reliance and safety of users.

Taking it a step further, Defense On A String has gained the approval and respect of both University of Georgia head women’s basketball coach Joni Taylor and Alvin Brooks III, an assistant coach for the 2021 NCAA Division I men’s basketball national champion Baylor University.

"Defense on a String is an amazing invention,” Taylor said on Sepielli’s product website. “It is something that we will be using to enhance our defensive drills.

“The ability to connect all 5 players together and have them moving in unison defensively is a huge benefit. There are so many ways we can utilize it and I'm looking forward to using it in practice."

Brooks III added on the website, “Championship teams are always connected defensively on the court. Defense on a String keeps each defender connected literally!”

Sepielli has been pleased and humbled by the positive feedback she has received from numerous coaches about her invention.

Of course, the opinions of the players matter just as much, and Sepielli insists that they “love it.”

“Some people are visual learners, and this is something I felt I could implement so that when I say, 'You've got to get to help,' they would understand what getting to help or midline was by feeling the tug and being forced to move because they’re all connected to each other.

“(With this product), you're forced to get the concept. Maybe you still don't get to the 'right' position, but you know you have to move, and, at that point, you could re-emphasize, 'Hey, this is the passing lane, this is help defense, this is where at the midline; we need you.'”

Ever since her father, Sam, introduced the game to her at an early age, Sepielli fell in love with basketball while growing up in Fort Myers, Fla. (Sam passed away around 17 years ago and he was the inspiration behind the two “S” strings in the product’s logo). The youngest of three children, Jen would always get turned away by her siblings (Melissa and Guytano) to play with them, so she went over to the neighbor’s basket to hoop by herself.

“I think that drove me and motivated me to just work harder.” Sepielli said.

Sepielli attended and played for Mariner High School in Cape Coral, FL. She then moved on to Hillsborough Community College to suit up as the school’s captain and starting point guard for two years before finishing her playing career at the University of South Florida.

Once her playing days were behind her, Sepielli soon discovered that she had a passion for coaching. She spent four years as the head coach of Hillsborough’s women's program prior to accepting her current position as a girl’s basketball head coach at a high school program in Florida. She truly enjoys coaching at this level because of how pure the game is, and the opportunity to help set a foundation for her players – on and off the floor – can be rewarding.

“X's and O’s are great – and I feel like I'm good at that,” she said. “But the biggest thing is really encouraging my players, loving my players and helping pull out of them their max potential.

“And I think when that relationship is built, you get the maximum out of your players. That's what I really think has been my emphasis when coaching. I think you can get the max potential out of somebody when players know that you really care about them as a human being, outside of [as] a basketball player. If they trust you, they're going to go through a wall for you.” 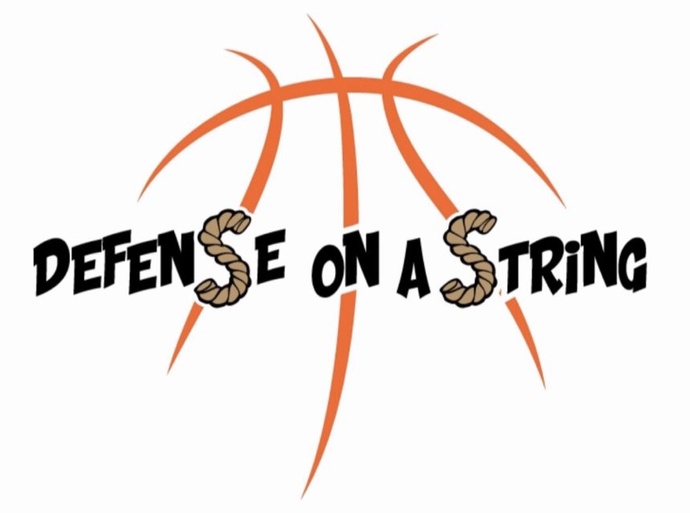 Over the years that she played, Sepielli’s coaches instilled a defensive mentality in her that never left, and it has carried over into her own coaching principles.

“I didn't know anything different,” Sepielli said. “I was raised up in those type of systems, so for me, it was an easy transition going into coaching and knowing that I wanted defense to be a priority. I wanted our offense based on our defense and, if we can defend well, we can win some ball games.”

The concept of Defense on a String came organically, Sepielli said. Around a decade ago, she pondered how she could improve the game she loved. When she decided that a better method of reinforcing defensive principles should take priority over anything else, the idea was born.

“Currently, I just feel like you're coaching and explaining help defense, explaining to move when the ball moves, but it's so hard to reiterate that,” she said. “As a coach, all you've got to do is practice, practice, practice, but I kept thinking, there's got to be something and some way that we literally could move as a unit.”

The birth of Defense on a String’s started with a rope. Sepielli took a super long piece of material and wrapped it around the waist of each of her players to teach them how to move as a unit. Gradually, through trial and error, she decided to use a long bungee cord for more flexibility and movement, before realizing that having an adjustable belt for each player that could be connected with a bungee cord would create the best way to simulate team defense.

As time passed, there were admittedly moments when Sepielli faced mental roadblocks and stopped the creative process, but she followed her faith to get it done.

“God put that in my heart to keep working on it and stay with it,” she said. “With anything in life, I think you have your times that you hit these walls and you're wondering, ‘I don't know if this can happen,’ or if I can really get it off the ground or get my vision the way I want it to be and everything to move correctly. But it was just trial and error.”

She remembers her mother, Virginia’s words of encouragement and reminder “Make sure you see this through, finish what you started”. Sepielli really started feeling confident about the concept coming to life a few years ago. Once it was built, she entrusted some people back home to test things out. Then, it was put to action in the gym.

“Seeing them, if they didn't move, getting tugged let [the players] know, 'I don't have a choice anymore. I can't be complacent. I have to be very aware; I have to stay active. I think some coaches don't like zones because they think zones are lazy. This is a product you can use not just for man-to-man, but for zone defenses too, and no longer is defense lazy because everyone's feeling tugged. Everyone has to move. Defense On A String will allow you to still enforce man to man movement in your zone defense.

Sepielli has been eager to share her invention with the world but acknowledges that it’s been an arduous process. There have been a lot of details and paperwork that has had to be completed over the last couple of years, which is why she has been patient before launching the sale of Defense on a String. With defense becoming a lost art form in the game, Sepielli hopes her invention will help bring it back.

Defense on a String can officially be purchased online at www.defenseonastring.com.