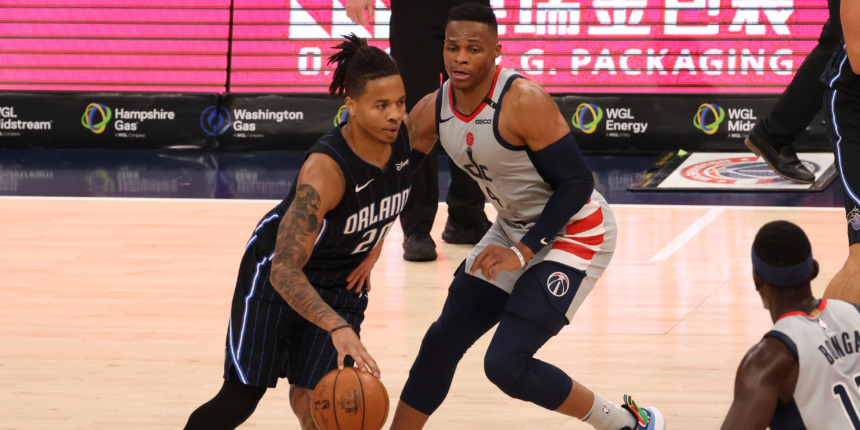 Breaking down 5 NBA players whose roles may be diminished

Every offseason presents an opportunity. Teams can stay the course or shift directions, completely shaking up their team or just making moves around the edges. It starts with the NBA Draft and trickles into free agency, as rosters receive a facelift (for the most active organizations).

But as teams tinker by adding fresh faces to the mix, what happens to the players who previously had a significant role on the team? Unfortunately, when new talent comes in, that means somebody is going to lose out. Whether that means scaled-back playing time or a change of scenery, there will be altered roles for some going into the 2021-22 campaign.

Here are some of those players who could fit the bill.

It’s no secret that the San Antonio Spurs are currently in an odd position. With DeMar DeRozan and LaMarcus Aldridge no longer present, in addition to the departure of longtime veterans Patty Mills and Rudy Gay, their longest-tenured players will be Dejounte Murray and Derrick White. Given the moves, you'd think that Lonnie Walker, entering his fourth season, would be a focal point for this ball club. And yet, it seems like the Spurs don’t have the trust in him yet, and that’s backed by the moves they’ve made so far this summer.

For starters, San Antonio drafted the youngest player in the 2021 class in Josh Primo. The Alabama freshman not only slots in as a shooting guard, but has plenty of size at the position at 6-foot-6. Then, on Wednesday morning, the team decided to bring back Bryn Forbes on a deal. Couple those moves with the signing of Doug McDermott (who will probably play a lot of small forward based on current roster construction), and where is there room for Walker? Surely he’s not going to supersede Dejounte Murray and Derrick White in the rotation. Keldon Johnson is playing for the Team USA men’s squad. And don't forget, they selected Devin Vassell at No. 11 overall last year. It’s tough to find a pathway to significant, consistent minutes for Walker, who scored 11.2 points per game and increased his three-point shooting volume tremendously last season. Any team looking for a guard/wing with athleticism who takes care of the ball and has plenty of time to mature on the floor should give R.C. Buford a call.

We had to see this one coming, and unfortunately, Josh Jackson may very well be the odd man out again. With the Pistons drafting Cade Cunningham, Jerami Grant coming off a career-season and Saddiq Bey lighting up the eyes of everybody in Motown, Jackson is going to have to fight with Hamidou Diallo (granted he comes back on a matched offer sheet or qualifying offer) as a backup 2 or 3.

Jackson came in with promise after rediscovering his game with the Memphis Hustle in the G League and the Grizzlies, and looked to have found his footing with Detroit in the first few months as a slashing, rim-pressuring presence who oftentimes had the ball in his hands. While his three-point shooting leaves much to be desired and he’s prone to turning the ball over at times, his defensive abilities are incredibly intriguing. Jackson hasn’t had much organizational stability since coming into the NBA, and is just 24 years old with four seasons of experience. Given his 6-foot-8 frame, team-friendly contract and potential that’s still there, it’d be wise for teams to contact Troy Weaver and inquire about his availability.

Regarding the Magic’s guard room, there were already too many cooks in the kitchen before the NBA Draft came around and now they add Jalen Suggs as well. Sure, it's "a good problem to have," but… maybe not so much for the players in the room. New head coach Jamahl Mosley will have the following at his disposal in the Orlando backcourt: Jalen Suggs, Cole Anthony, R.J. Hampton, Terrence Ross, Michael Carter-Williams and potentially Gary Harris and Dwayne Bacon pending on rotations... plus Markelle Fultz. The former No. 1 overall pick got off to a great start in the 2020-21 season before going down with another devastating injury that cut his campaign short before it could even get started.

Knowing that Suggs is likely the face of the franchise moving forward, and that he plays point guard along with many others on the Magic roster, where exactly does that leave Fultz? It’s not as if he’s a great player yet off the ball or can consistently shoot. Fultz can explode to the rim and is somebody who can turn the corner well, but you’d have to imagine his usage will decrease if he stays there. Remember, he was brought in to play alongside the likes of Nikola Vucevic, Aaron Gordon and Evan Fournier under Steve Clifford, so who knows what John Hammond and his front office have in mind for Fultz. Luckily for him, he still fits the “rebuilding” timeline at just 23 years old; finding the right niche for him, though, will be easier said than done.

After an exciting finish to his rookie season, Coby White found himself in the starting lineup in Year 2. He had a brand new coach in Billy Donovan, plus a determined and motivated Zach LaVine as his backcourt partner. White took a small step forward in the scoring department (15.1 points) and came close to doubling his assist output (4.8). However, the defensive side of the ball is still a work in progress for the 21-year-old guard, and now with Lonzo Ball, Alex Caruso and DeMar DeRozan coming to the Windy City, one would be inclined to think that his role will be reduced if he stays on the team.

White averaged over 31 minutes per night this past year and started in 54 games. It’s probably not out of bounds to say that those figures will take a hit, in addition to his production in general. It’s unfortunate for White, whose development will take a back seat to a Bulls squad that's clearly aiming to win now.

This may be a stretch considering the previous names mentioned, but hear this out. The Mavericks just re-signed Tim Hardaway Jr. to a long-term contract, brought in Reggie Bullock on a three-year deal that pays upwards of $10-11 million annually and the team has a brand-new head coach in Jason Kidd. Although we know how important Finney-Smith is on the defensive end of the floor, is it possible that his already-low usage dips even more?

Bullock typically will assume some of that role and be more aggressive as a scorer and shooter, likely similar to what Seth Curry brought to the table two seasons ago for Dallas. We know that Kristaps Porzingis is still on the roster, so that means that power forward is likely a spot that’s commandeered by a mixture of the 7-foot-3 Latvian and Maxi Kleber. In addition to acquiring Moses Brown, the Mavs re-signed Boban Marjanovic and Willie Cauley-Stein, so that could shift the bigs rotation a bit. Unlike the aforementioned names, Finney-Smith still makes sense on this team — just maybe not in quite as large of a role.