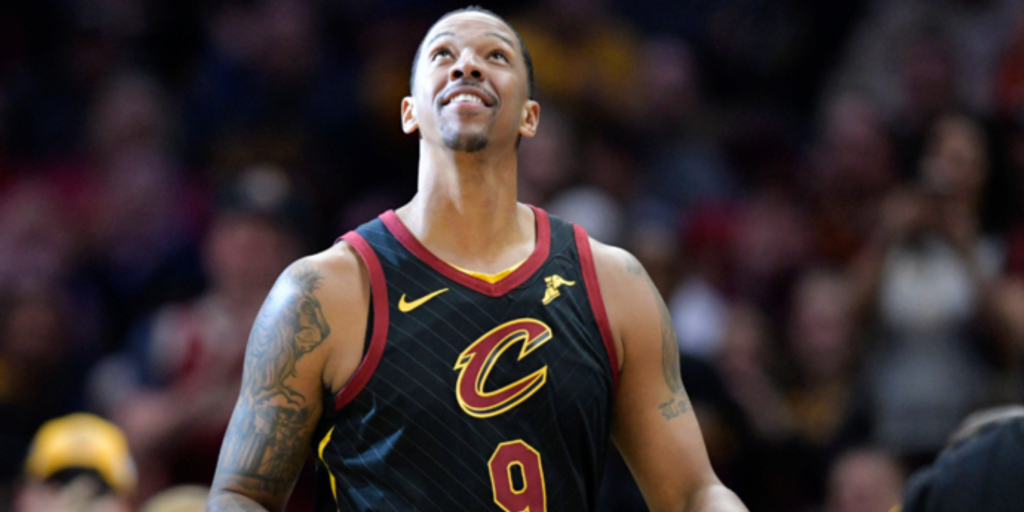 Channing Frye gives back to Cleveland, reflects on 2016 NBA Finals

Channing Frye’s 13-year career was successful by virtually any and all modes of measurement.

He averaged at least 10 points per game in four different seasons, shot 39% or better five different times (his highest clip at 43.9% during the 2009-10 season in Phoenix) and won an NBA championship with the Cleveland Cavaliers in 2016, a series in which the team came back from a 3-1 deficit against the winningest team in league history, the Golden State Warriors.

So, it’s mildly surprising to learn just how humble Frye is.

“I don’t necessarily want the attention for what I donate and who I donate to all the time,” Frye told BasketballNews.com in a Zoom interview. “I would like (to) and have seen great things come from the time or money I’ve donated to the specific charities I have, and that’s the greatest thing for me.”

But while he may not want the attention, sometimes it’s unavoidable. Frye recently partnered with Mobil 1 and Project Backboard to refurbish a basketball court at the Merrick House in Cleveland, Ohio as part of the broader Tune Up initiative.

“When this partnership with Mobil 1 came on my desk, it seemed very authentic and something that hit home to my heart, “Frye said.

“To be able to give back to a community that gave so much to me also resonated,” Frye continued. “To be real, I didn’t ask too many other details. I just needed to hear the story of why they were doing it and that was enough for me. So, I’m trying to use my platform to bring more awareness to not only Merrick Houses, but also to the impact that changing and refurbishing a court can have on a community in a positive way.”

Frye’s path to philanthropy was funded by a long and fruitful career in the NBA. After four successful years at Arizona, Frye was drafted eighth overall by the New York Knicks in the 2005 NBA Draft. Sure, he was viewed positively at the time; but his combination of size and shooting would have made him especially better suited for the modern NBA.

“I initially started out guarding centers like Shaq [O'Neal] and Yao [Ming], and that helped me play the center position initially,” Frye recalled. “That helped me in guarding guys like Roy Hibbert, Tyson Chandler and Shaq (later in my career). In today’s game I would have had to almost be a 3-man. I would have to be like Lauri Markkanen (who) plays for the Cavs and learn to dribble.”

Technically, at nearly 7 feet tall, Frye could successfully play center today. And considering he shot 38.8% on three-point attempts for his career, he would be a challenging matchup. But playing in an era when big men rarely shot threes resulted in significantly fewer opportunities, especially earlier in his career; Frye averaged under one three-point attempt per game every season before arriving in Phoenix in his fifth year.

Frye played for six teams over his NBA career, kicking things off with the New York Knicks at the height of their dysfunction. Frye was drafted by then-team president Isiah Thomas, who also coached New York in his sophomore season. The Knicks went 56-108 in Frye's first two years, and the team was fraught with controversy.

But Frye doesn’t blame Thomas, who was the recipient of much of the blame. In fact, he reflects positively on his time with him.

“I love Isiah Thomas to death,” Frye explained. “I still work with him at Turner. It was just a weird mix of personalities and where guys were off the court. We had the highest payroll in the league, but no one wanted to sacrifice for each other. You saw everyone had success after that. Sometimes in this league, less is more."

Frye didn’t let a few losing seasons influence or define him though. He ultimately had success at most stops throughout his career, but he was still without a championship — until he joined the Cavaliers via trade in 2016.

The 2016 Finals resulted in quite possibly the unlikeliest of championships ever won, as the defending-champion Warriors entered the playoffs with the best regular-season record in Association history at 73-9.

“Steph Curry and the Warriors changed the complexion of the NBA for so many years just by the way they played basketball,” Frye said. “And then there was our ragtag group of guys on the Cavs. Going down 3-1, we still had no doubt that we were going to come back and win. And we knew we just had to take it one game and one step at a time. That’s really cliche, but I have never been so laser focused with a group of 14 other men and the staff.

"And we couldn’t’ beat the Warriors (by) playing their style. We had to play our style and get gritty and take advantage of our opportunities; make them make mistakes and put pressure on them. Man, winning that championship, I’m not gloating, but I think it is the greatest championship of all time. No team has done it, and I don’t see another team doing it against (the caliber) of the team that we did. “

However, for all his successes, he has dealt with his share of challenges as well. Prior to the start of the 2012-13 season, during a routine team physical, Frye was found to have an enlarged heart, which can be fatal. As a result, Frye missed the entire season before rehabbing and returning the next season.

“I went to get a routine check-up.,” Frye explained. “The heart guy told me to stop doing exercise because my heart is going crazy. (He) did all these measurements. I flew back and forth between Mayo Clinic in Minnesota and Johns Hopkins in Baltimore. Basically, the doctor said that I was going to die, that I had cardiomyopathy. I took six months off. I tried to really heal myself, being less stressed and more present – more yoga, played a lot of golf.

“I went back to Johns Hopkins, I did everything they asked me to do to heal it. I had a tube put in a vein and they pumped my heart to 200 beats per minute. They said I was okay. I went back to the NBA, did all the tests all over again and I was told I was good. Then, that next season I didn’t miss a game of practice and I played another five years.”

Frye retired from the NBA following the 2018-19 season. He averaged 8.7 points and 4.5 rebounds over his career across 890 career regular-season games.