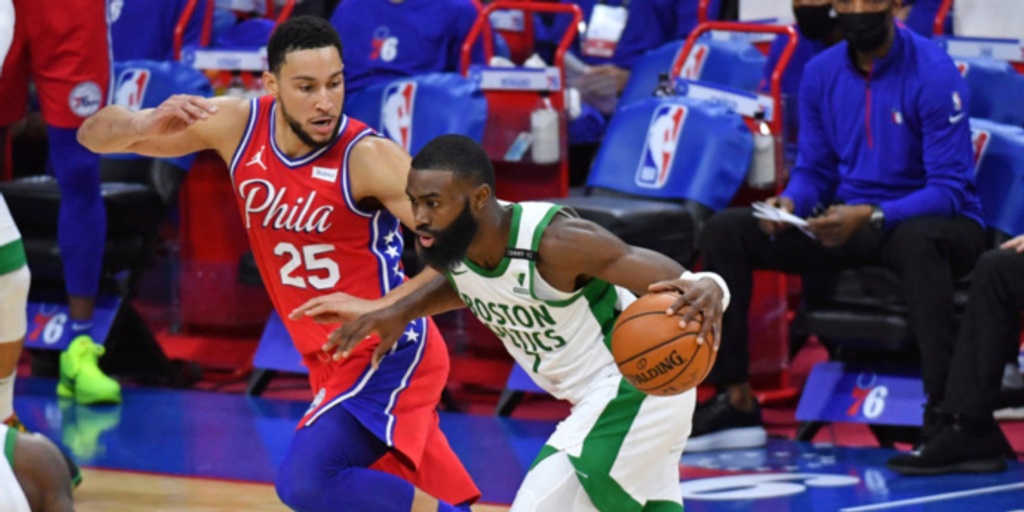 The Celtics have engaged in conversations with the 76ers revolving around Simmons and expressed interest. Talks have been fluid with no traction as of yet. Any potential Simmons deal with the Celtics would have to include All-Star forward Jaylen Brown.

ANALYSIS: This is the first time a Simmons trade report has been made this season, and it will be interesting to see if more talks materialize soon.

This would likely be a controversial move on the Celtics end to trade a player of Brown's caliber for one who is more of a question mark at this point in Simmons.

However, the Celtics have struggled with their passing and defense this seaosn, Simmons' specialties.

Brown's shooting and scoring playmaking would also be a great fit next to Joel Embiid.