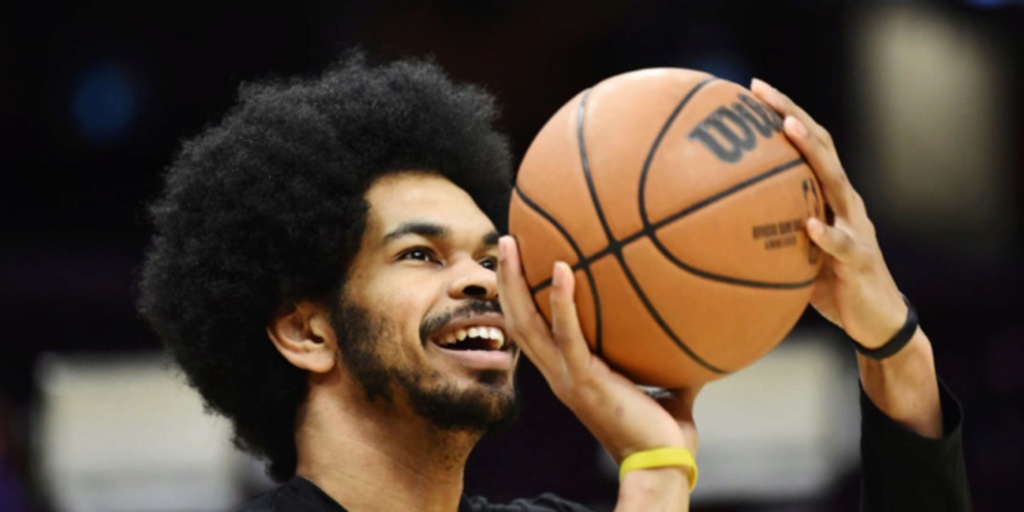 Cavs' Jarrett Allen reportedly out for play-in game vs Nets

The Cavaliers will be without All-Star center Jarrett Allen in their Play-In Tournament game on Tuesday night against the Nets due to his lingering finger injury, according to Shams Charania of The Athletic.

Cavaliers All-Star center Jarrett Allen is out for Play-In Tournament game vs. Nets on Tuesday night. Allen has been rehabbing a fractured left finger that he suffered March 6.

ANALYSIS: It's a big blow for the Cavs who have been without Allen since March 6 with a fractured left finger. Even though there were some positive signs with Allen shedding the splint on the finger during a recent workout, he has not recovered enough to where the team will put him in the lineup.

Allen had been a huge part of the Cavs success this season, anchoring the team's defense while also averaging 16.1 points, 10.8 rebounds, and 1.3 blocks.