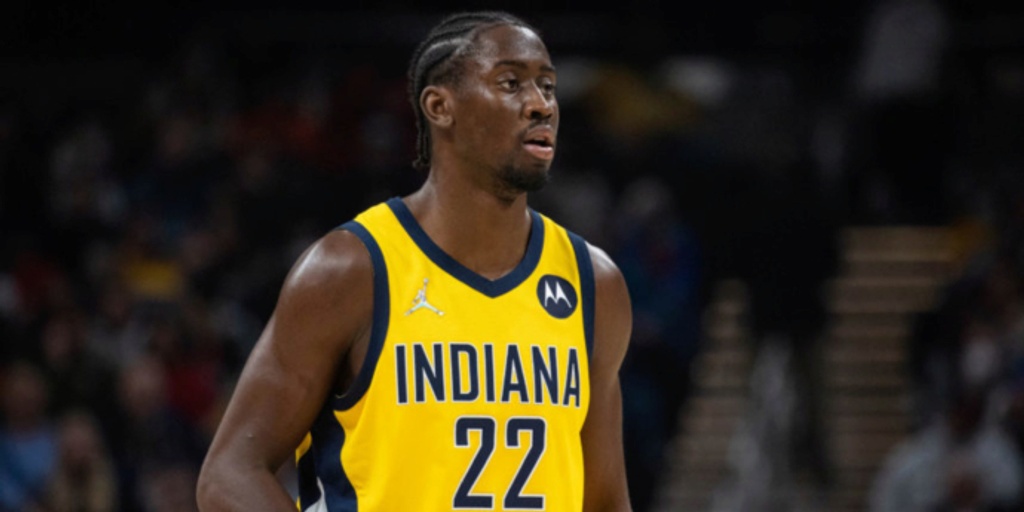 Cavaliers trying to acquire Caris LeVert prior to deadline

In recent weeks, the Cleveland Cavaliers have repeatedly been linked to Caris LeVert.

Today, Joe Vardon of The Athletic was the latest to report that the Cavs are targeting LeVert and trying to complete a deal prior to Thursday's trade deadline. This lines up with what Bleacher Report's Eric Pincus reported a little over a week ago, when he said there was buzz that LeVert would get dealt to Cleveland.

Given all of these reports, don't be surprised if LeVert's days with the Indiana Pacers are numbered.

However, it's interesting that there have been so many LeVert-to-Cleveland rumblings, as Cavaliers general manager Koby Altman typically moves in silence and surprises everyone with his deals.

LeVert joined the Pacers last January as part of the four-team blockbuster trade that also sent James Harden to the Brooklyn Nets, Jarrett Allen to the Cavaliers and Victor Oladipo to the Houston Rockets.

That trade may have saved LeVert’s life, as a small cancerous mass was discovered on his left kidney during his post-trade physical. LeVert needed surgery to treat renal cell carcinoma of his kidney, which limited him to 35 games last season.

It's unclear what the Cavaliers are offering for LeVert, but we'll see if the two sides can agree on a deal prior to the Feb. 10 deadline.