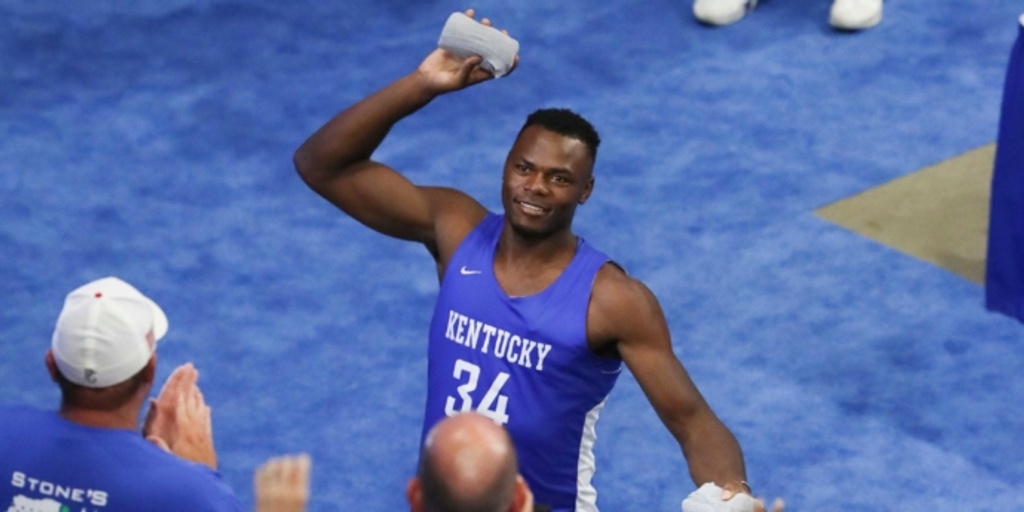 Calipari: Oscar Tshiebwe to have ‘minor’ procedure on knee

LEXINGTON, Ky. (AP) — Kentucky coach John Calipari says on social media that consensus national player of the year Oscar Tshiebwe will have a “minor” 15-minute procedure to “clean some things up” in his knee.

Calipari did not specify in a Twitter post on Tuesday which knee will be treated. The school did not have specifics Wednesday on how long Tshiebwe will be out. The coach said he sat the 6-foot-9 senior forward for Saturday’s practice for a knee issue and again on Monday. Tshiebwe pushed to participate in Sunday’s pro day workout before NBA scouts in what Calipari described as “an unbelievable performance.”

“He refused to sit out Pro Day and balled out,” Calipari wrote. “I made him sit out Mon. and get examined as a precaution. ... Not a big deal, but no dancing at (Big Blue) Madness!” on Friday night.

Tshiebwe was named Associated Press national Player of the Year and collected every major award. The Democratic Republic of the Congo native averaged 17.4 points and 15.1 rebounds per game as a junior.

The Wildcats open against Howard on Nov. 7.