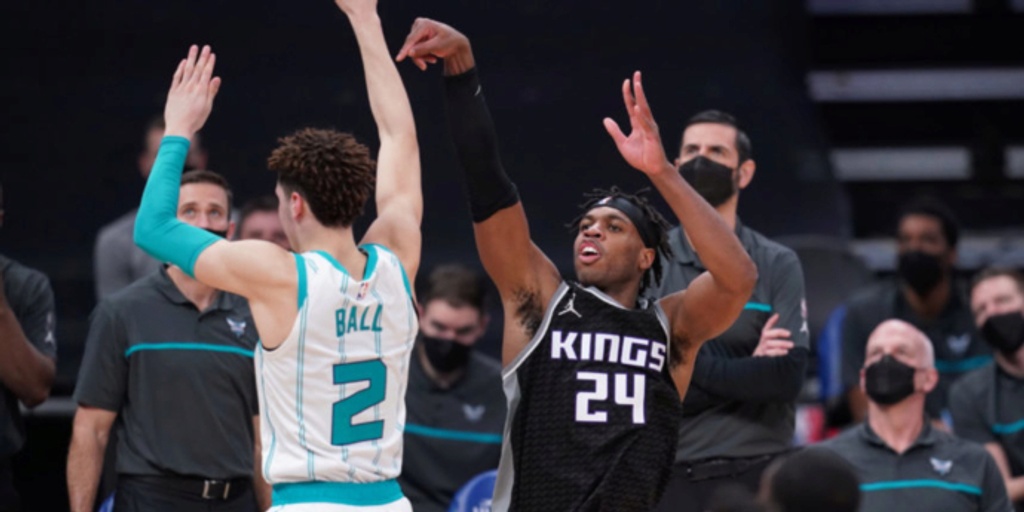 The Sacramento Kings lost a thriller to the Charlotte Hornets on Sunday night, as Malik Monk converted a tough layup in the closing seconds to give the Hornets a 127-126 victory.

But Kings guard Buddy Hield did make history despite the loss. With 30 points behind eight three-pointers, Hield became the fastest player to ever reach 1,000 career made threes. He hit the mark in just 350 games, surpassing the 369-game pace of Stephen Curry.

Hield is averaging 15.9 points per game while shooting 36.9 percent from long range this season for the 13-21 Kings.