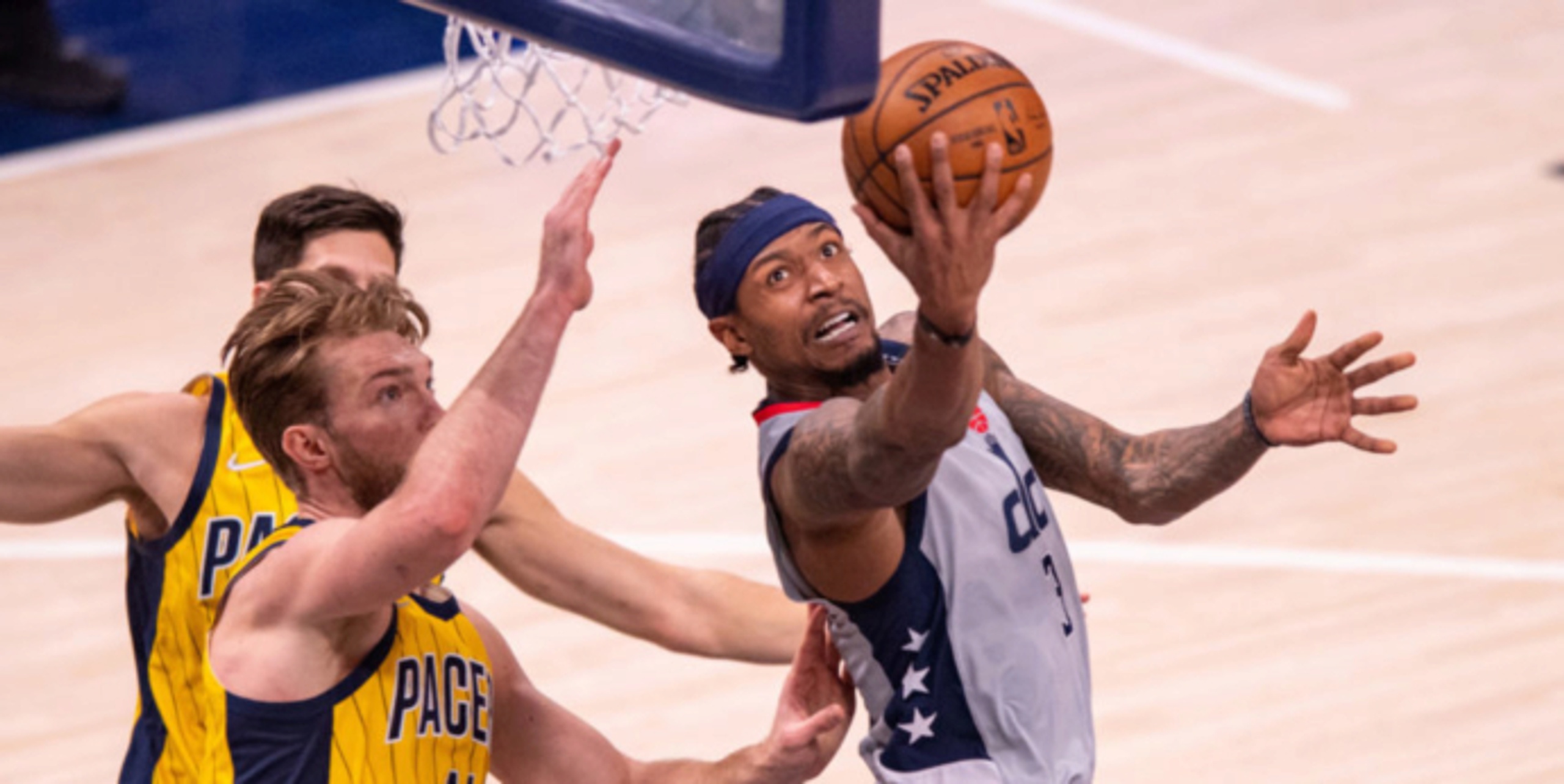 Bradley Beal will miss next two games with hamstring injury

Bradley Beal will miss at least two games because of a strained left hamstring as his Washington Wizards fight for a play-in berth and he duels Stephen Curry for the NBA scoring title.

The Wizards announced that Beal will sit out their games at the Atlanta Hawks on Monday and Wednesday. He'll be re-evaluated Friday.

The shooting guard was injured Saturday when he scored 50 points in Washington's 133-132 overtime victory at the Indiana Pacers. An MRI exam on Sunday showed that Beal strained his hamstring.

He is averaging 31.4 points this season, behind only Golden State Warriors guard Curry, who is putting in 31.9 per game. Beal finished second in the league last season to James Harden.

Beal has scored at least 25 points in 71 of his last 82 games; he has eight games this season with at least 40 points.

The Wizards entered Monday in ninth place in the Eastern Conference.

BASKETBALLNEWS.COM ANALYSIS: Beal will miss two games against the Atlanta Hawks. The NBA's second-leading scorer is coming off a monster 50-point performance against the Indiana Pacers and has scored 40 or more points three times in the past two weeks. Washington is still embroiled in a playoff seeding race, as they stand ninth in the Eastern Conference with a 32-36 record.