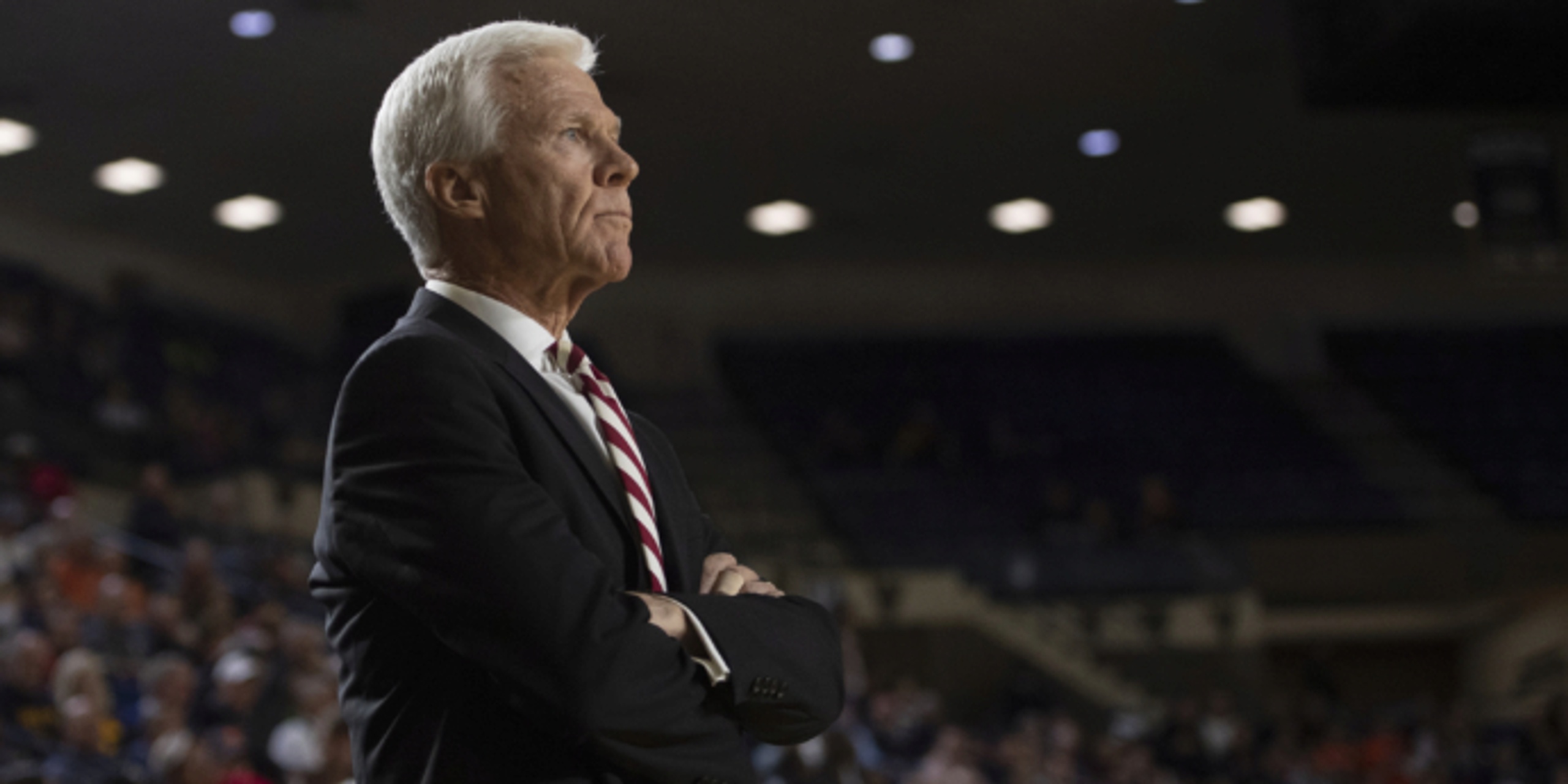 McKillop announced his retirement Friday at a campus news conference, effective at the end of the month. His son, associate head coach and former Wildcats player Matt McKillop, will take over as coach after working on his father’s staff as an assistant since 2008.

The retirement announcement came shortly after athletic director Chris Clunie said Davidson would make Curry’s No. 30 the first number retired by the school after he earned his degree this year – 13 years after he left school early for the pros and one day after Curry won his fourth title with Golden State while being named NBA Finals MVP.

“Everything happens for a reason,” McKillop said as he choked up. “Did you see Steph after the game last night? He was crying, crying, tears. I thought that was a message to me: It’s OK to cry today.”

Bob McKillop won 634 games with 10 trips to the NCAA Tournament in his 33 seasons with the Wildcats, now in the Atlantic-10 Conference. McKillop arrived on campus in 1989 out of the high school ranks and endured a four-win season in his debut year.

But he eventually built a consistent winner with 17 seasons of at least 20 wins while becoming a widely respected voice in the coaching ranks.

The highlight was a captivating run to the NCAA Elite Eight in 2008 behind Curry’s dazzling play that made him a national star before falling to eventual NCAA champion Kansas.

“Love you Coach!” Curry posted on Twitter. “Thank you for everything you’ve done for me, my family, Davidson and every person you’ve impacted along the way.”

The school named its court after McKillop in 2014. His final team won 27 games before losing a one-point game to Michigan State in the first round of the NCAA Tournament in Marc h.

“This program is in a bright place right now,” he said. “The current roster we have is exhilarated and energized and inspired to take the next step in our journey forward.”

As for Curry, Clunie said the school plans to pay tribute to the former All-American on Aug. 31 with a ceremony to honor his number retirement, induct Curry into the Davidson Athletics Hall of Fame and present him with his diploma in a “mini-graduation ceremony.”

“We are so blessed and graced to have had his presence here, and we still have his fingerprints all over us,” McKillop said of Curry. “We are very fortunate.”