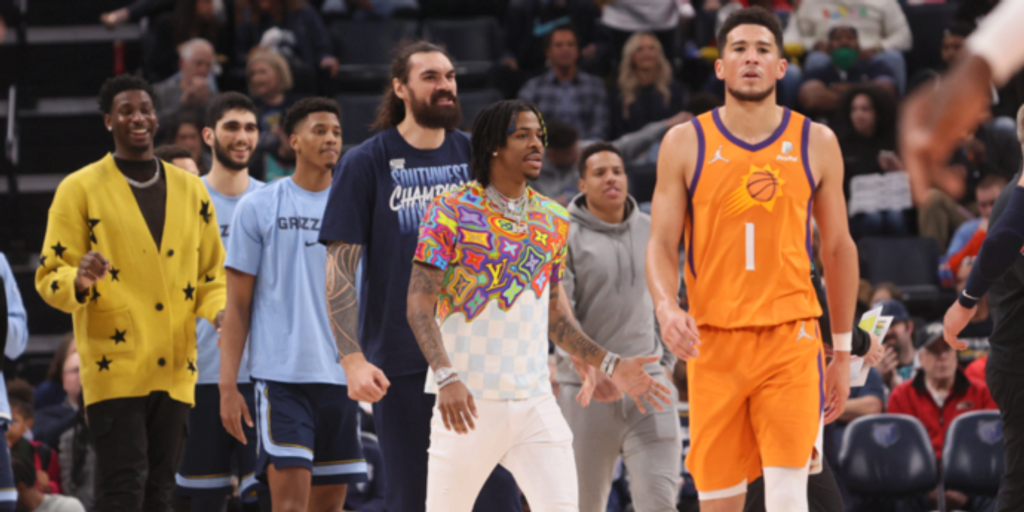 When canvassing the Western Conference standings, an overall ideology is beginning to crystalize on potential deep postseason runs. At the moment, it looks like a one-team race with a few others having an outside shot. (For our Eastern Conference outlook, click here.)

From a betting perspective, sportsbooks are in consensus that the Phoenix Suns are far and away the best team in the West. And when you see the odds discrepancies, it’s really not even close. Thanks to the odds, we’re able to break down the West into four realistic tiers for who will come out on top and represent the conference in the NBA Finals.

If all goes to plan for the Suns, this should be a relatively easy repeat run back to the NBA Finals. Somehow, some way, national pundits actually believed Phoenix couldn’t build off last year’s jaw-dropping postseason performance. On the way, the Suns’ chemistry has blossomed alongside adding much-needed depth pieces to fortify the second unit.

When looking through the Suns’ roster, it’s honestly hard to find any holes. Devin Booker and Chris Paul have proven to be a historically lethal backcourt, especially when the game is on the line. Mikal Bridges and Cameron Johnson have taken leaps to form a seamless wing duo and complement each other well. Deandre Ayton is proving yet again that he’s an anchor to Phoenix’s system providing plus-two-way efficiency on both ends of the court.

Injuries (knock on wood) are the only roadblock standing in front of Phoenix. Loaded to the gills with championship-level contributors, betting on the Suns is a wise investment in the West.

At this point, it’s surprising that Tier 2 hasn’t seen the odds flip between both teams represented. After a red-hot start to the season, the Warriors have fallen off a cliff thanks to injuries and overall inconsistencies. No surprise, but Golden State looks lost without Stephen Curry on the court. Thanks to Curry, Vegas still believes the Dubs have the second-best odds to make the 2022 NBA Finals, but do they really hold multiple advantages against a resurgent Grizzlies group?

Even without Ja Morant, the Grizzlies continue to prove they are a legit force to be reckoned with. Armed with a young superstar and ideal complementary pieces across the board, Memphis looks the part of a finally awakened sleeping giant. Morant should be able to go toe-to-toe against Curry if Memphis and Golden State square off in the playoffs. Also, I favor the Grizzlies’ depth compared to the Warriors.

Curry is the ultimate trump card, which shows in the odds, but the Grizzlies feel like the perfect flier at +600 odds to be this year’s version of the 2021 Suns. All of a sudden, Memphis feels like a strong championship contender.

Now we’re entering into the portion of the conference where odds really begin to dwindle. Phoenix, Golden State and Memphis all have the goods to make a Finals push. Outside of those three teams, many questions loom around the West.

Doesn’t it feel like the title window has already closed on the Jazz? A regular-season juggernaut over the last few years, Utah’s inconsistencies are beginning to raise serious long-term roster questions. Will Donovan Mitchell or Rudy Gobert be traded if the Jazz have an early postseason exit? That idea feels more plausible than skeptical, which says a lot about where Utah’s mindset currently is.

Luka Doncic is single-handedly carrying the Mavericks to the postseason, this time without a secondary star alongside him. After Dallas traded Kristaps Porzingis, Doncic has taken on a James Harden-esque usage level and thrived. Fatigue will surely play a factor down the road with Doncic, but, in the meantime, it’s an uneasy feeling to wager against Dallas. If Doncic catches fire in the playoffs, who’s to say the Mavericks can’t make a shocking run to the West Finals?

Denver is in the exact same position as Dallas, but instead it’s Nikola Jokic once again proving why he should be the back-to-back MVP. Without Jamal Murray and Michael Porter Jr., Jokic is putting up historic numbers keeping the Nuggets afloat. It’s unlikely either of Denver’s co-stars return to help Jokic, but what happens if they draw a favorable postseason matchup? Denver feels like a team who could make some early noise, but fizzle out once they run into the West’s top tier.

Amongst this group, throwing a dart on Denver at +1100 odds because of Jokic’s brilliance seems like the wisest strategy.

Rounding out the West’s most realistic postseason contenders, the Timberwolves and Clippers feel the same. No wonder why they’re odds are nearly identical, especially in the bottom tier of the West’s true title hopefuls.

It’s been awesome to watch Minnesota this season, especially when the team gets cooking on both ends of the court. Karl-Anthony Towns, Anthony Edwards and D’Angelo Russell is a fun trio, plus complementary pieces like Jarred Vanderbilt and Jaden McDaniels have shined at different portions of the 2021-22 campaign. Poised for the Play-In Tournament, how will Minnesota function being on the doorstep of the postseason for the first time since the Tom Thibodeau/Jimmy Butler era?

Paul George is back for the Clippers, which should honestly change the whole calculus here. As we saw last season, Los Angeles can more than hold its own in the postseason — even without Kawhi Leonard. If George gets hot again, the Clippers could truly shock the world in the first round with an upset; it’s probably not wise to bet on that though. Still, with more postseason experience where live bullets are flying, the Clippers feel like the safer choice here.

As you can see, the Western Conference feels like it’s settling in, and we're getting a better vision of how the postseason could play out. Phoenix as the heavy favorite, almost at even odds to make the Finals, honestly feels right on the money. Golden State and Memphis are the two sleepers, but this is truly the Suns’ conference once again.