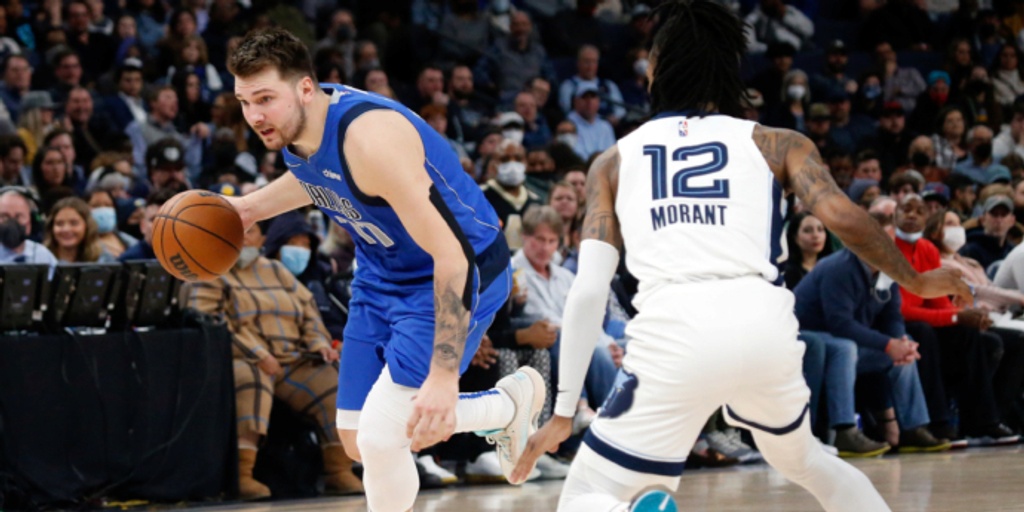 We’ve reached the final and most important NBA award out there as “Bet Week” wraps up on BasketballNews.com. Over the last few years, the MVP race has been fantastic, with Denver Nuggets superstar Nikola Jokic nabbing the award twice.

Who will emerge this time around in what should be another classic campaign? Without further ado, let’s examine the best bets for the 2022-23 NBA MVP award as well as an enticing dark-horse option. As always, all odds projections are provided by DraftKings.

Luka Doncic's MVP hype is reaching a fever pitch. Although Doncic faded in the second half of last season's MVP race, he’s still the Ferrari engine that makes the Dallas Mavericks a formidable postseason threat. Will this finally be the year that Doncic breaks through to win MVP?

Everything is setting up well for Doncic to produce a career-best season, and, dare I say, potentially flirt with a 30-point triple-double average. Since 2019-20, Doncic’s regular-season numbers are simply absurd: 28.3 points, 8.8 rebounds and 8.7 assists per game on a 58.1% True Shooting.

With Jalen Brunson exiting this offseason to the New York Knicks, even more scoring opportunities will be presented to the Slovenian phenom. I feel pretty comfortable saying Doncic will be an MVP finalist if he exceeds his current numbers even slightly. Dallas didn’t have a splashy offseason, but maybe the most important development for the Mavs is Doncic’s conditioning. Playing for the Slovenian national team this offseason, Doncic looks to be in the best shape of his NBA career, which has to make Mavericks personnel giddy at the possible outcomes.

Consistently putting the Mavericks on his back since his debut, Doncic being the heavy betting favorite for MVP should come as no surprise. Maybe Las Vegas was a year early on the MVP projection, but 2022-23 is shaping up to be Doncic's true crescendo. Buckle up, because we’re about to see the best version of Doncic yet.

If Joel Embiid is at the rim, watch out 😤

Joel Embiid checks in behind Doncic with the second-best MVP odds. Will the Philadelphia 76ers' superstar finally get his due? It’s fair to argue that Embiid should have won last year's MVP award over Jokic in what was a historic MVP race.

Looking ahead to Philadelphia’s make-or-break 2022-23, a lot is on the line for those within the organization. James Harden just inked a new extension that helped the Sixers bring aboard former Houston Rockets teammates PJ Tucker, Danuel House and Trevelin Queen. Sixers executive Daryl Morey is all-in on the duo of Embiid and Harden winning a championship, and the clock is ticking when thinking about the generational big man’s own window of prime production.

Already encountering knee and foot issues throughout his career, Embiid must capitalize on his sheer dominance as of late. Averaging 29.6 points, 11.2 rebounds, 3.5 assists, 1.5 blocks and 1.1 steals per game since 2020-21, Embiid has rounded into form as a bonafide two-way monster. When Embiid's health cooperates, nobody on the planet can stop him from getting to the basket relentlessly.

If the Sixers can capitalize on an improved roster and their seven-footer can stay healthy all season, the narrative is in place for an MVP breakthrough. Embiid will put up the numbers, but it all comes down to health and team success. Even at +650 odds, there’s real value presented on Embiid for MVP.

*Drop the number of your favorite dunk in the replies* pic.twitter.com/aqszYy40qi

We all just witnessed the Grizzlies' breakout thanks in large part to Morant taking the leap to superstar. Memphis has a core that fits so well together and everyone is on the same timeline moving forward.

However, at the start of next season, Memphis will be without its defensive anchor and unicorn big man in Jaren Jackson Jr. Morant will face more pressure to be Superman. Don't be surprised if Morant shines in these circumstances, which makes a +1200 dart throw on DraftKings easily worth the long-term investment.

Memphis is betting that its young core will continue to take steps forward, and they've added two more first-round prospects to the mix (Jake LaRavia and David Roddy). Morant is the Grizzlies' leader, and keeping them competitive in the reloaded Western Conference will help his potential MVP case.

Last season, Morant averaged 27.4 points, 6.7 assists and 5.7 rebounds while Memphis finished as the West’s No. 2 seed. Would it be out of the question for Morant to increase his scoring and assist totals to near 30 and 9? If so, Morant will help Memphis win a lot of games, and he could parlay that success into a strong MVP case that's reminiscent of Derrick Rose’s explosive 2010-11 season, in which he became the Association’s youngest-ever MVP.