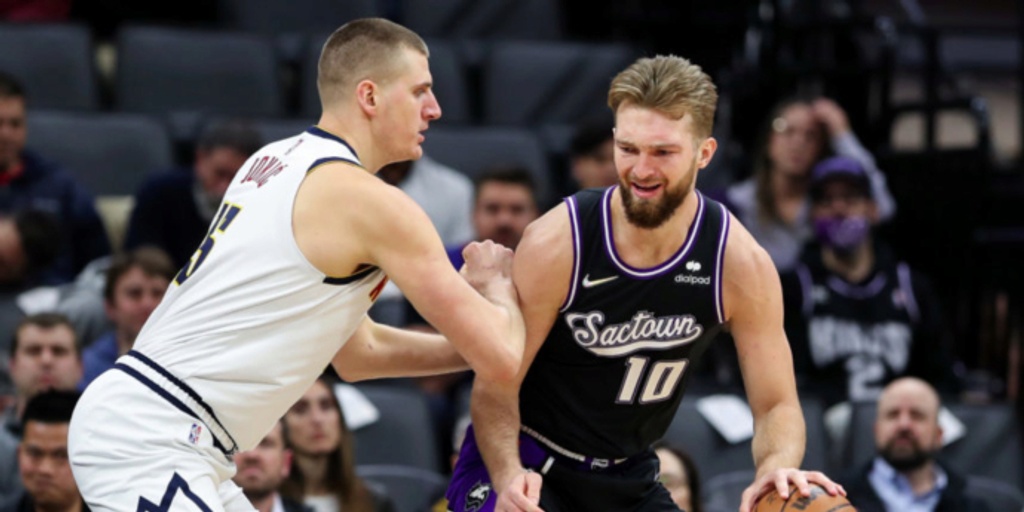 Evan Sidery
Feb 26 2022 9:30PM UTC



Every day, BasketballNews.com gives you NBA betting analysis before tip-off. Make sure you subscribe to our daily podcast, “Nothing But Bets” on Apple Podcasts, Spofify or wherever you listen to your podcasts. This season, “Nothing But Bets” is up hundreds of dollars on PrizePicks.
Without further ado, let’s go ahead and dive into Saturday’s best NBA betting action.

This is going to be a fun one on Saturday night in Atlanta. In a battle between two Eastern Conference foes, we’re siding with the home team here because of a gut feeling on Trae Young. When Young gets going, he’s one of the best offensive engines in the entire Association. If that happens, we feel very confident in riding with Atlanta. Trust your gut — at least I am at the moment — and lock in the Hawks.

The DeMar DeRozan show isn’t going to stop now, right? I was stunned to see the Bulls as home underdogs when looking through the lines. I know Memphis is one of the best teams in the Western Conference over the last few months, but Vegas is really going against DeRozan’s magic lately? We’re not going to bet against that, especially with the historic pace DeRozan is currently on. Hammer the Bulls, especially as two-point underdogs.

This is a great value play. How is this spread not at least double-digits in favor of Cleveland? The Wizards are on the second night of a back-to-back, which began with a double overtime loss to the San Antonio Spurs. Fatigue will play a major factor here, so we’re rolling with the Cavaliers’ dominant big man duo to reign supreme and take control.

Spurs head coach Gregg Popovich already announced multiple starters were resting tonight in Miami after their double overtime victory over Washington. This spread has since ballooned from -7.5 to -12 in favor of Miami. Even with the big jump in points, we’re still hammering the Heat with emphasis. Miami is way too well-balanced on both sides of the court to have any slippage here versus the Spurs.

This would have been a lot more fun if Kevin Durant and Ben Simmons were suiting up for the Nets. Instead, we have Kyrie Irving leading a depleted group without their two front court stars on the road in Milwaukee. In what should be a great atmosphere on their home floor, we are loving the Bucks big. Giannis and the Bucks will be able to easily discard this current version of the Nets, which will look way different for a potential rematch come postseason play. Milwaukee rolls, so feel confident wagering on the 9.5-point spread.

Denver and Sacramento have endured a few awesome battles recently. The Kings are so much more fun to watch lately after the Domantas Sabonis trade, but it’s not going to be enough on Saturday against Nikola Jokic’s Nuggets. The MVP is putting together another jaw-dropping campaign in terms of overall efficiency and offensive brilliance. Jokic is one of the best players in the NBA, and he’s going to put on a show tonight to prove it.