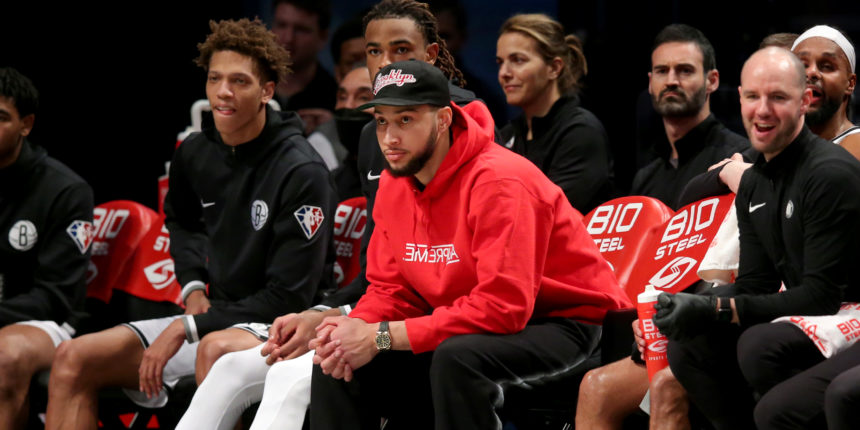 Brooklyn Nets' guard Ben Simmons has filed a grievance to challenge the nearly $20 million of salary withheld to him by the Philadelphia 76ers this season, according to ESPN.

Reporting with @RamonaShelburne and @BobbyMarks42: Brooklyn Nets guard Ben Simmons has filed a grievance to challenge the nearly $20 million of salary withheld to him by the Philadelphia 76ers this season. Story soon on ESPN.

Simmons' grievance pits him and the National Basketball Players Association against the league in a dispute that is likely to have far reaching implication on how mental health is treated by NBA teams.

The 76ers claim that Simmons breached his player contract when he failed to show up for training camp and play in the preseason and regular season. Philadelphia claims that Simmons has no right to try to recoup any of his forfeited salary. Simmons asserts that mental-health issues led to his limited involvement.

Simmons' representatives and the 76ers tried to come to an agreement independently, but a decision will now be reached in arbitration. Ultimately, Simmons requested a trade and was the centerpiece of a package that sent him to the Brooklyn Nets in exchange for James Harden.

Simmons remains sidelined with a herniated disc in his back.

Heat, Celtics now in a best-of-three to decide the East title
3h