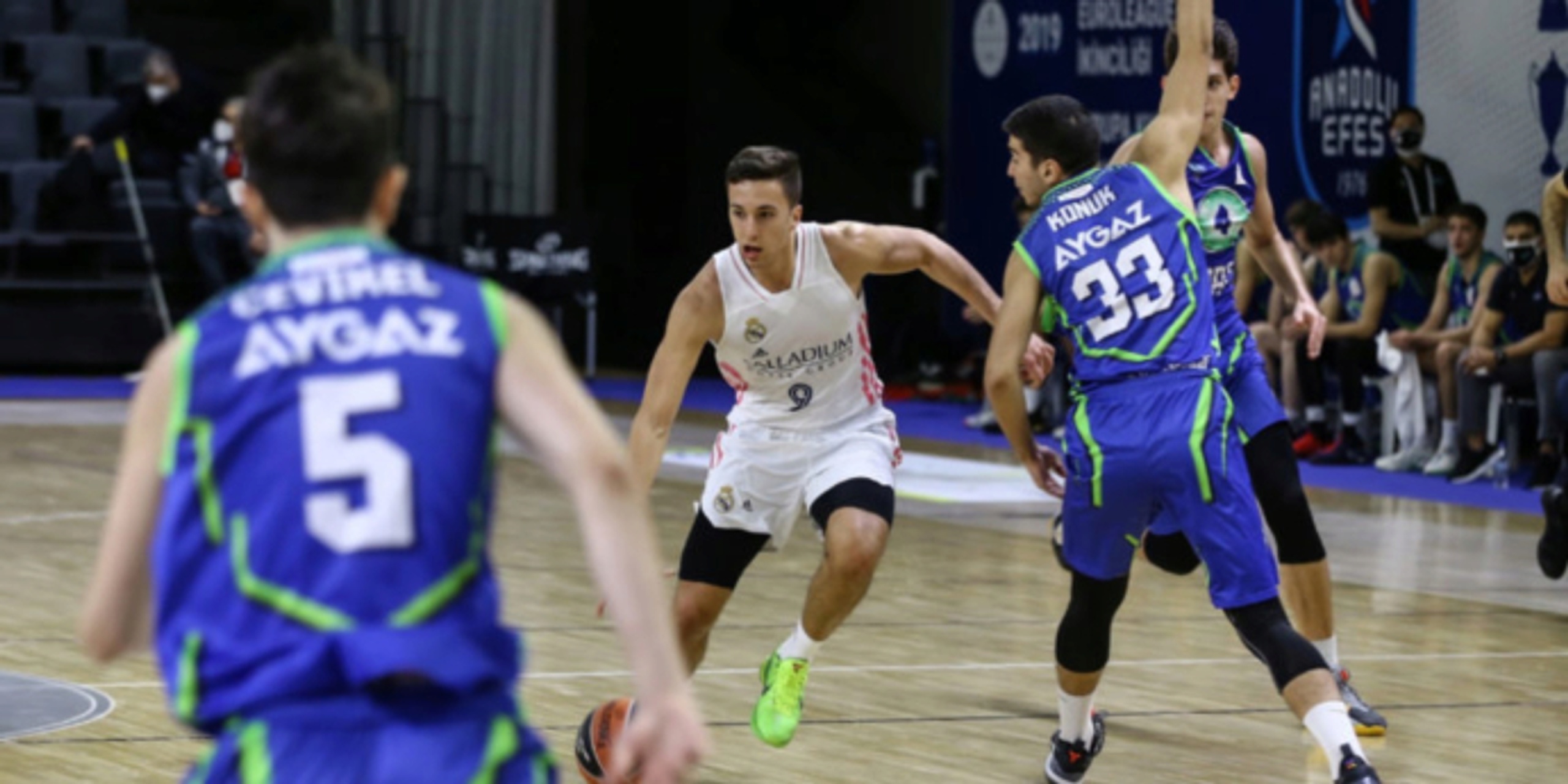 Matteo Spagnolo stands out at Adidas Next Generation Tournament in Turkey

Our scouting staff at BasketballNews.com takes pride in not only evaluating imminent NBA draft prospects, but also getting ahead by getting our eyes on younger prospects as well.

In an effort to execute that strategy, we asked former NBA scout Jacques Vandescure to cover the Adidas Next Generation Tournament in Istanbul, Turkey, an event that features many top international prospects at the junior level. Although there was a loaded amount of talent on the floor, one player stood out. Vandescure shares his details on that person in particular.

While at the Adidas Next Generation Tournament in Istanbul, Turkey, I took notes on many players, such as Eli John N’Diaye, Nicola Giordano, Konstantin Kostadinov, and Juan Nunez, just to name a few. However, one player really stood out from the rest and truly caught my eye: Matteo Spagnolo, an Italian guard who plays for Real Madrid’s junior team.

Spagnolo, a 6-foot-4, 180-pound scoring guard that can effectively play on or off the ball, displayed some strong shooting and an uncanny ability to create off the dribble. Offensively, Spagnolo showed that he has a lot of firepower, as he was able to punish teams in a number of ways. For one, he was the only player in the tournament showing much of an ability to utilize moves in one-on-one situations; he was very effective off the dribble. He was also able to make tough, contested shots from all over the floor. On top of all of that, he tore up the defense with his passing, showing an ability to make high-level reads and effectively find the open man for open shots and easy buckets.

My intrigue in Spagnolo just kept increasing the more I watched him, and he seemed to produce more consistently as opportunities continued to present themselves. His performance of 22 points, 8 rebounds and 4 assists in the championship game versus Stellazzurra not only led Real Madrid to victory, but also solidified himself as one of the top players, if not the top player overall, in the entire tournament.

A seemingly fun and hardworking young man that gets along with his teammates, Spagnolo, although not an overly athletic player, makes up for it with his skills, basketball IQ and shiftiness. It’s also worth noting that he looks to be capable of defending, at least enough to not be a liability -- which is important.

All in all, I left Istanbul thoroughly impressed with Matteo Spagnolo. I think he is on the fast track to play in the NBA, perhaps sooner than later. Either way, one thing is for sure: I will be tracking his development closely moving forward, and I’d suggest you do the same.