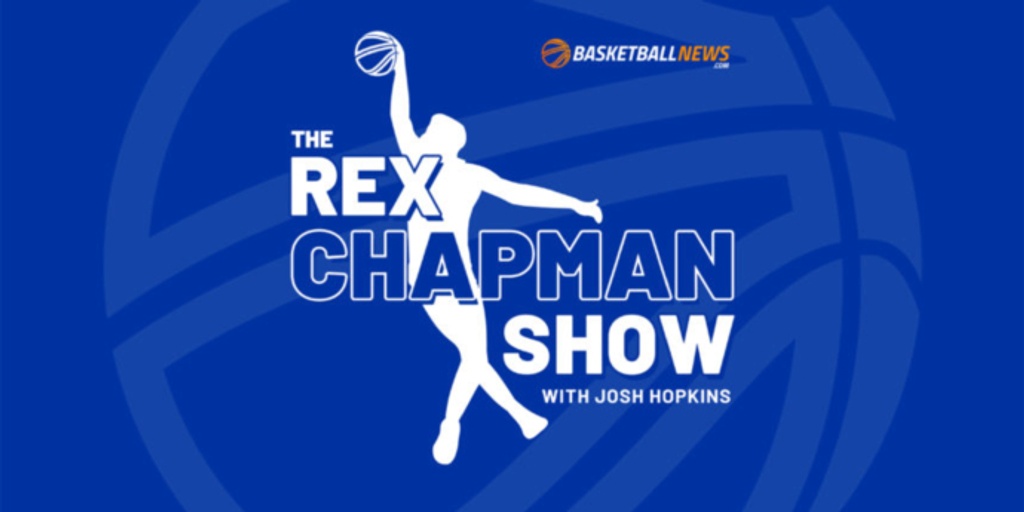 BasketballNews.com is excited to announce the addition of former 12-year NBA guard, Kentucky Wildcat legend and master of the block-or-charge phenomenon Rex Chapman to our staff.

Chapman will be hosting his brand new podcast "The Rex Chapman Show" on BasketballNews.com. The podcast will debut next Tuesday on March 16. The show will feature a number of star-studded guests, including Stephen Curry, Steve Nash, Steve Kerr, Shaquille O’Neal, Tyler Herro, Tommy Chong, Mary Trump, Paul Richter and more.

Guys, I launched my own podcast!

"The Rex Chapman Show" will start on Tuesday (3/16) with @basketbllnews!@MrJoshHopkins and I will bring on guests to talk hoops, Hollywood and more. Subscribe on Apple Podcasts, Spotify or wherever you listen to podcasts:https://t.co/SBa78nGhNb pic.twitter.com/8X6bcLxrHk

Below is a description of what to expect on the forthcoming episodes:

Join NBA legend and the King of Twitter Rex Chapman and one of his closest friends, actor Josh Hopkins, for The Rex Chapman Show.

This podcast will feature special guests, the latest storylines from the NBA and personal stories from Rex and Josh about rising to the top of their industries from humble beginnings in Lexington, KY. The Rex Chapman Show is powered by BasketballNews.com and produced by Next Chapter Podcasts.

Following a McDonald's All-American career in high school and a memorable two seasons with the Kentucky Wildcats in college, Chapman spent 12 seasons in the NBA with the Charlotte Hornets, Washington Bullets, Miami Heat and Phoenix Suns. He averaged 14.6 points per game overall and had a 35% career three-point percentage.