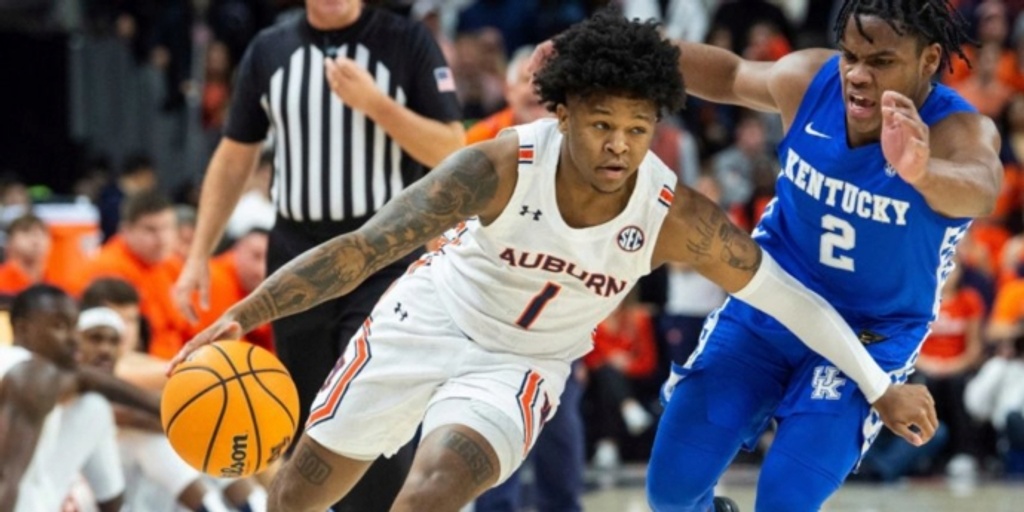 In a primetime, Saturday afternoon matchup, the No. 2 Tigers hosted No. 12 Kentucky. The energy in the sold-out arena was palpable. Auburn students camped out overnight in order to get the best seats in the house, and the building was absolutely rocking at the start.

The Kentucky Wildcats (15-4, 5-2 SEC) put together four consecutive victories coming in and are doing well in conference play. Freshman TyTy Washington and junior Oscar Tshiebwe continue to play at a high level and solidify their places in the 2022 NBA draft. Davidson transfer Kellan Grady is one of the best shooters in the conference, connecting on 43% of his attempts from deep.

The Tigers (18-1, 7-0 SEC) have solidified themselves as one of the premier teams in the nation. Freshman Jabari Smith is making a strong case to be the first overall pick in this year’s NBA Draft, while transfers Wendell Green Jr. and K.D. Johnson have total command of the backcourt, combining to average over 25.0 points per game.

Walker Kessler led all scorers with 19 points while shooting 8-of-10 from the field. Smith posted 14 points, 7 rebounds, 2 assists and 2 blocks. Sahvir Wheeler led Kentucky with 17 points and 4 assists.

Washington picked Smith’s pocket which led to a Tshiebwe transition alley-oop right off the bat, but Allen Flanigan answered immediately. Kentucky proceeded to go on an 13-0 run to stretch the lead to 10 behind multiple buckets from Georgia transfer Wheeler. The teams traded points for a while until Washington went out with an ankle injury just before the eight minute mark.

Kentucky took a 33-29 lead into the break with a balanced scoring attack on offense. The teams had combined to shoot a 3-of-13 from behind the arc.

Johnson went on a personal 5-0 run for Auburn to tie the game at 38 just before the under 16-minute timeout, and the roof just about came off the building. It was already a rowdy environment, but after cutting the lead the fans felt the tide shifting. Smith made some big plays soon after and the No. 2 Tigers had a 45-40 lead.

Wheeler and Green Jr. started trading three-pointers as Auburn held onto a slight lead, 51-47, at the 11:30 mark. Wheeler then exited after taking a huge hit — without him and Washington, life became difficult for the Wildcats. Auburn extended the lead to eight before Wheeler was able to return.

Kentucky’s Kellan Grady hit a big corner three to cut the lead to four, but Johnson, Green Jr., Kessler and company were able to outlast and hold the lead down the stretch, securing the 80-71 victory.

Tshiebwe had a strong outing for Kentucky, posting 16 points, 14 rebounds, 4 blocks and 2 steals. Grady scored 17 while shooting 4-of-7 from deep. K.D. Johnson finished with 17 points including some big-time shots in huge moments.

Amid the madness in the arena, coach Bruce Pearl said, "Look at our kids, our students, our players — this is what it's all about. We're a football school, but we're also an everything school." With this win, the No. 2 Tigers have a tremendous opportunity to earn the school’s very first No. 1 AP ranking in basketball.