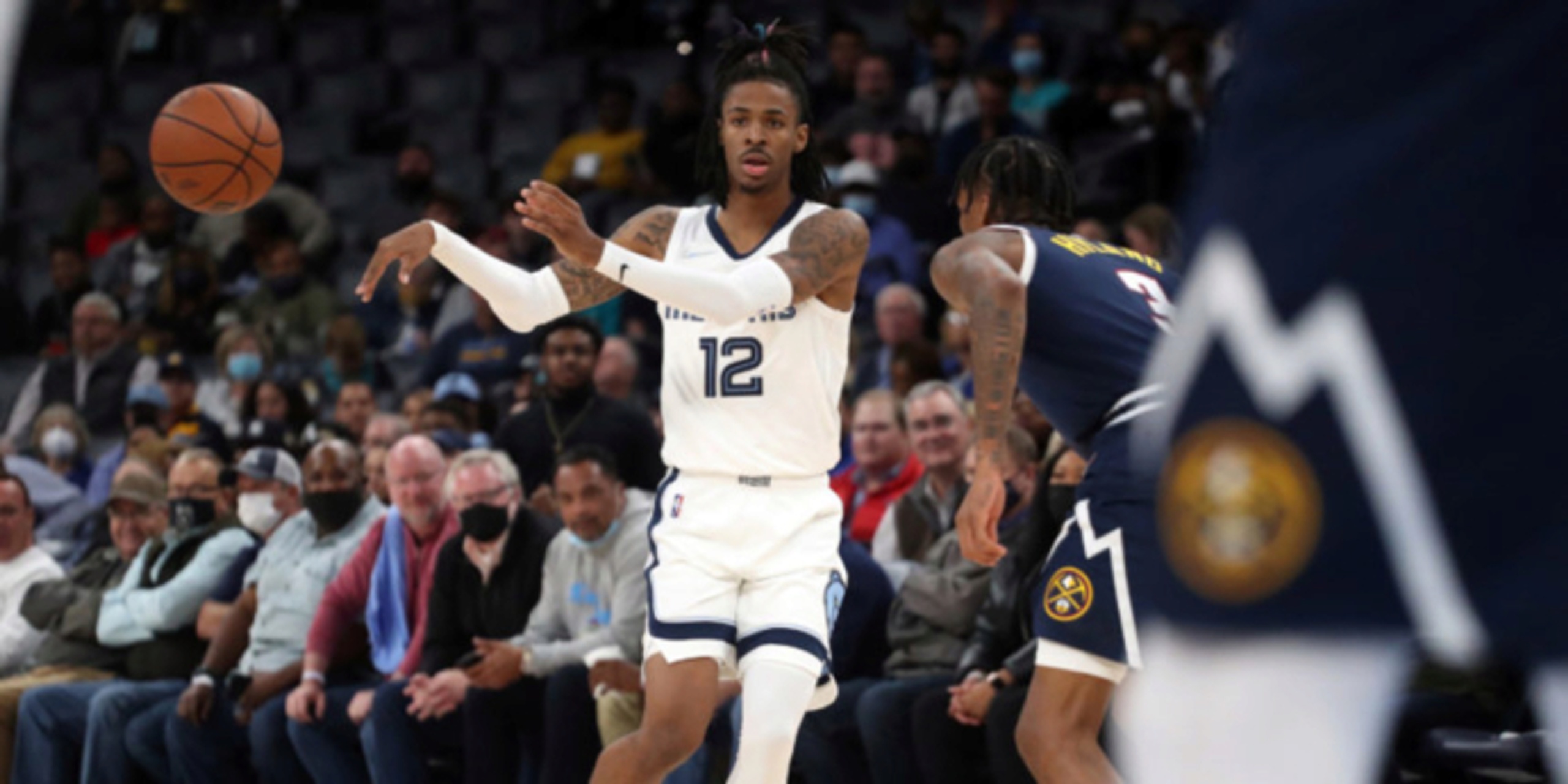 At this point, Ja Morant qualifies as the NBA’s best-kept secret

Zion Williamson had national headlines before he had a high school diploma, but at this point in time, he really can’t even be said to be the best member of his own draft class. Maybe not even top-two.

Whether RJ Barrett can be said to have had a better start to his career than Williamson can be debated (probably unsuccessfully if you’re arguing on behalf of Zion, but it at least could be debated)… Ja Morant, on the other hand?

At this point, it’s not even close.

On Monday, Pelicans head coach Willie Green told reporters that Williamson is “progressing” in his return from a fractured right foot, but that he would be reevaluated in another two-to-three weeks. For Zion, the next step is 5-on-5 action, and he’d probably need at least a few of those sessions before New Orleans felt comfortable putting him back on the floor.

In other words, we’re not likely to see Zion take the court for the Pelicans until sometime after Thanksgiving, where his team may have played upwards of 20 games.

Meanwhile, Morant and the Memphis Grizzlies simply continue to impress. That’s the storyline that’s been largely ignored by national media.

Memphis enters play on Nov. 2 at a fairly modest 4-3, but three of their first four wins came over the Clippers, Warriors and Nuggets. One of their losses were to the Heat. And quietly, they’ve been led by their capable third-year gladiator, Morant.

It is fairly typical for superstar players to take a leap in Year 3, but Morant has been shot out a cannon.

Through the first seven games of the 2021-22 campaign, the dynamic guard is averaging 28.3 points per game, which ties him with Paul George for second across the league. They trail only Stephen Curry, who is averaging 28.7. At the same time, Morant is averaging 7.7 assists per game, which ranks him seventh in the league. He’s the only player in the league who ranks in the top 10 in both stat categories and would be the 15th player in history to record those averages in a season. As far as players who have managed those averages in their third year or earlier, only four others have: Oscar Robertson, Tiny Archibald, Luka Doncic and Trae Young.

Last season, after the Grizzlies managed to go 38-34 in the shortened 72-game season, Morant saw the Spurs, as well as Curry and his Warriors, standing between him and a postseason berth. The Grizzlies defeated both teams and earned the right to do battle with the Utah Jazz in the first round of the playoffs.

Their Cinderella story ended in a five-game defeat against Donovan Mitchell and company, but if there were any doubts as to whether Morant and his club were a team worth watching out in the Western Conference, the early evidence this season suggests that they are. That’s particularly true considering Dillon Brooks — the team’s second-leading scorer from last year — is yet to make his debut.

With Memphis only slated to make seven national TV appearances this season, it’s fair to call them one of the league’s best-kept secrets. They score the ball well (they enter play on Nov. 2 ranked eighth in offensive efficiency and ninth in points per game), and are led by a 22-year-old who has already proven capable of carrying a franchise on his back.

Aside from the obvious, Morant has also become a better player this season due to increased efficiency. He enters play on Nov. 2 connecting on 52.4% of his field goals, including 38.5% from deep. He’s attempting 5.6 threes this season compared to 3.8 last season, and has seen his conversion rate increase from 30.3% in 2020-21.

Despite the newfound proficiency from the field, though, Morant has remained incredibly effective scoring in the interior. Last week, he made news when Bally Sports Southeast flashed a graphic on a broadcast showing that Morant led the league with 16 points in the paint per game.

He’s as fearless as he’s been fantastic.

Ja Morant being up there is also completely ridiculous… pic.twitter.com/B8xmLH0RR2

Obviously, the season has only begun. There are plenty of games to be played between now and Thanksgiving, much less the postseason. But there’s no denying that the early returns on Ja Morant suggest that — like many superstars before him — the third year will truly be the charm.

Whether fair or not, we also tend to lump two players from each draft class to one another. Paul Pierce and Dirk Nowitzki were those guys in 1998, while Allen Iverson and Stephon Marbury were the duo of 1996. Jason Kidd and Grant Hill were 1994’s pair. When we think 2003, we think LeBron James and Carmelo Anthony. Kevin Durant and Greg Oden in 2007, Derrick Rose and Michael Beasley in 2008.

Luka Doncic and Trae Young will forever be connected much in the same way that Ja and Zion will be.

Each possessing superhuman traits, entering their third year, it’s safe to say that one player has emerged as the one who most tickles our basketball fancy. And truth be told, he plays in Memphis.