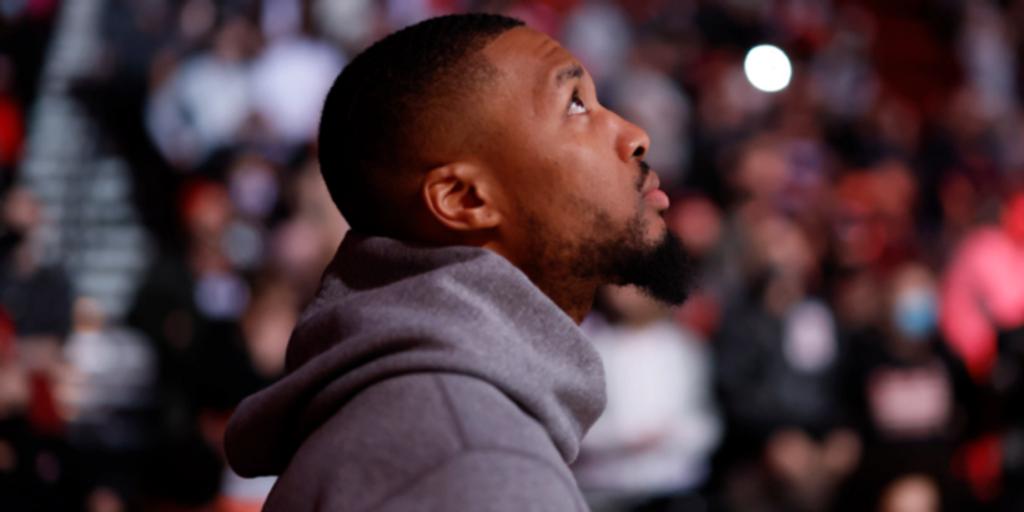 Long overdue for a makeover, the Portland Trail Blazers became sellers at this year’s trade deadline. CJ McCollum, Norman Powell and Robert Covington are all gone in place of more youth and future cap flexibility.

With Damian Lillard presumably out for the rest of the season, this provided Portland the ideal opportunity to hit the reset button. The main question, though, always circles back around to Lillard’s long-term future with the Blazers.

Simons has proven to be a real building block during his full-fledged breakout campaign, but there are many questions outside of him. Little has flashed some improvements, but consistency for him was still needed before going down with an injury. Hart and Johnson were the primary pieces returned in the Blazers’ midseason roster remake.

In the end, will that crop of young players be enough to keep Lillard content while also competing within an actual championship window? That answer remains murky at best, particularly a Finals appearance being close to feasible.

Portland created oodles of flexibility this summer via free agency or the trade market to improve rapidly around Lillard. If the next disgruntled star wants out this summer, the Blazers can at least have a seat at the table as potentially realistic destinations. They are set up well with future draft capital, plus multiple young players and a large, soon-to-be expiring contract with Eric Bledsoe.

The franchise can get into many discussions simply based off the variability of its asset collection. They could’ve gotten more in both deals — which could loom large if they swing-and-miss this offseason — but the idea on paper makes sense.

The Blazers' last roster makeup was based around the dynamic high-usage backcourt of Lillard and McCollum. The backcourt's defensive abilities, or lack thereof, limited its potential ceiling. In the next chapter for Portland, what will be necessary to build an instant contender?

With it being unlikely that the Blazers land a star-level player, the NBA Draft is their best bet to reshaping on the fly while also achieving another chapter post-Lillard. In the McCollum trade, Portland received a 2022 first-round pick from the Pelicans where it’s likely to convey this season (protected 1-4, 15-30).

With two top-10 picks at its disposal, Portland has the artillery to make some splashy moves on draft night, whether it be acquiring two young prospects or a seismic blockbuster trade.

Lillard seemingly is fine on the surface signing another record-breaking contract with the Blazers, but, deep down, when will this reach a level of discontent where lines are drawn? When will Lillard make the pressure too hot for the Blazers to handle? For a scorer of Lillard’s caliber, he deserves to legitimately chase championships during the second half of his prime years. At the moment, that destination isn’t realistically in Portland.

Building a team around young players and maybe a re-signed Jusuf Nurkic isn’t going to make even a noticeable dent in the Western Conference. Sure, Simons is a fun backcourt partner with Lillard, but it keeps Portland in the same position it was with McCollum all these years already.

This is what makes the Jerami Grant rumors so interesting around the Blazers entering such an important offseason. As said on BasketballNews.com's Trade Deadline Twitter Space, HoopsHype’s Michael Scotto relayed Grant to Portland was generating the most buzz before the deadline with less than 24 hours to go. Grant’s fit with Lillard and the Blazers would be excellent, finally providing a real two-way wing next to his offensive profile.

Grant, Lillard and Simons is something to build around, but it’s again another roadblock when seriously considering a real Finals push. If we’re being honest, Grant is the likely move Portland makes to push more chips in with Lillard. How it plays out is a completely different story though.

For both Lillard and the Blazers, the realization that it might be time for a split is closing in. As we just saw in the Super Bowl with Los Angeles Rams quarterback Matthew Stafford, staying loyal forever doesn’t always lead to the ultimate prize. Stafford requested a trade from the lowly Detroit Lions and instantly won a championship with Los Angeles.

Lillard is the NBA’s version of Stafford, so loyal to a fault and always putting the team on his back. Stafford eventually knew the time arrived to make a change for his legacy's sake. Lillard has to be envisioning this when canvassing Portland’s future outlook.

It’s again slowly bubbling under the surface, but the Blazers remain one of the most intriguing teams in the league for yet another offseason. How Portland maneuvered at the deadline gave a sneak peek into what should be a summer with gigantic stakes.

Now, we wait and see how it all unfolds for an organization with change occurring on all levels.