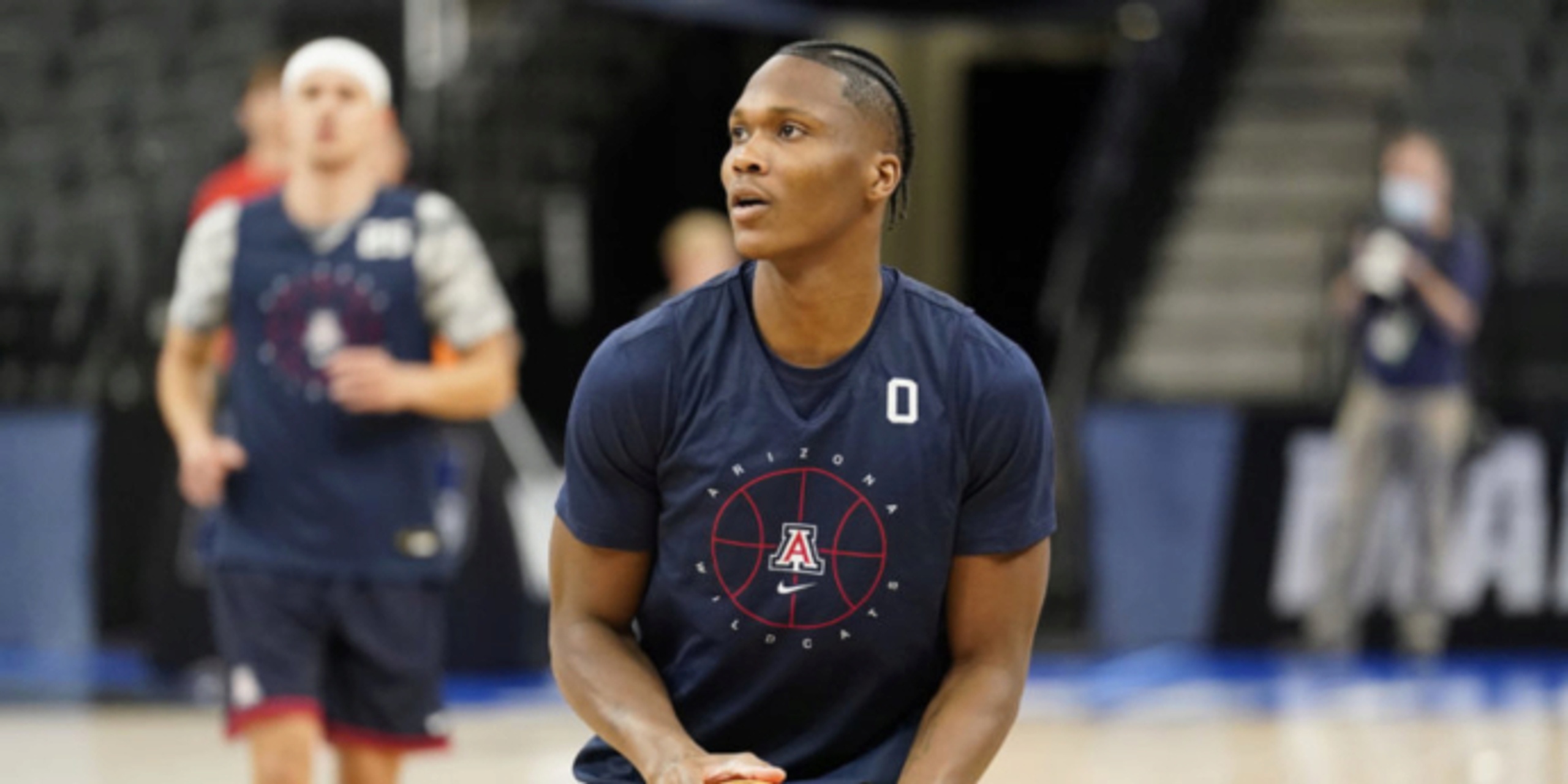 Arizona's Bennedict Mathurin will declare for the 2022 NBA Draft

Arizona sophomore Bennedict Mathurin is declaring for the 2022 NBA Draft, he told ESPN on Wednesday.

"It has always been a dream of mine to play in the NBA and I am ready to take that step forward," Mathurin said in a Twitter post thanking Arizona for what they've done for him.

Matt Babcock, BasketballNews.com's Sr. NBA Draft Analyst, praised Mathurin for betting on himself when he opted to return to college for another year. Because Mathurin has a much better sophomore season, Babcock believes his performance could lead to him being a top-10 pick in the lottery.

“After flirting with the idea of leaving Arizona for the NBA after his freshman season, Bennedict Mathurin chose to return to school to improve his stock, which is exactly what he did," Babcock said. "He led Arizona to an incredible season, routinely slamming home thunderous dunks, dropping daggers from three, and making clutch plays. Still, in addition to leading his team to a successful season, individually, he established himself as a likely top-10 pick in the 2022 NBA Draft. I expect several teams who are projected to have draft picks in the mid-lottery to strongly consider selecting Mathurin.”

Mathurin is currently the ninth-ranked player on BasketballNews.com's 2022 NBA Draft Big Board.