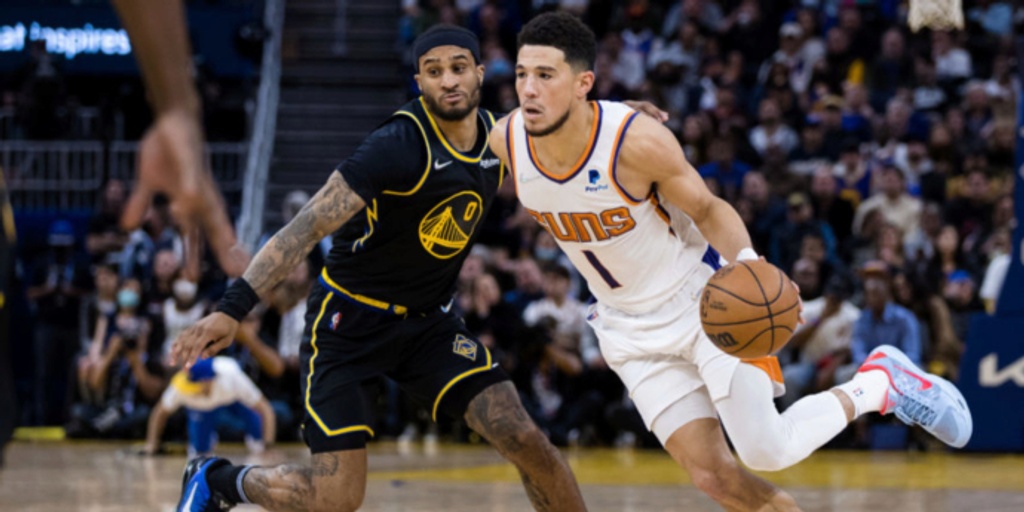 NBA Study: Is the top scorer typically the best player on the team?

For years, when people debated an NBA team's best players, they'd often focus on the squad's scoring hierarchy. However, over time, we’ve seen players like Jason Kidd and Ben Wallace lead teams to great success by providing impact outside of the “points” section of the traditional box score.

So naturally, this got me thinking: in today’s analytically friendly basketball world, how indicative is a rudimentary stat like points per game (PPG) of a team's best player?

To answer this question, I tracked each team’s PPG leader for the last three seasons and matched that up against that team's leaders in five one-number metrics (Backpicks BPM, LEBRON, EPM, RAPTOR and C-RAM). For the sake of this study, the player who led the team in the most of these catch-all statistics in a given season was considered that team's best player.

All of the raw data can be found here.

For a player's season to be eligible for our exercise, said player must have started at least 45 games for that team during that particular season. That player also could not have been traded at any point during that year.

These restrictions disqualified five teams — the Detroit Pistons, Golden State Warriors, Houston Rockets, Indiana Pacers and Orlando Magic — because they didn’t roster a single player who fit this criterion and who averaged at least 13 PPG. I felt it would be best to remove them from the collection process to avoid any extra noise.

Before we dive deeper into what I found, there are a few caveats I want to make here. First, all the data was entered manually, and while it was done so meticulously, one must always account for human error. Two, one-number metrics are a useful tool but far from an end-all-be-all when it comes to player evaluation. For instance, I would say Pascal Siakam has been better than Fred VanVleet this year, but many of the metrics I cited would say otherwise. And lastly, the sample size is solid but could always be larger.

Out of the 85 case studies (yeah, that’s what we’re calling them) from 2019-22, there were 57 (~67.1%) where a single player was listed as both the team’s best player and overall leader in PPG. So, based on this sample, more often than not, a team’s best scorer also doubled as their best player.

Here are several other interesting takeaways from the data:

• Only six players have led their teams in all five of the one-number metrics in each of the last three seasons: Luka Doncic, LeBron James, Karl-Anthony Towns, Jimmy Butler, Nikola Jokic and Giannis Antetokounmpo.

• All five of the one-number metrics had Mitchell Robinson as the Knicks' best player, offering a reminder that these metrics tend to love shot-blockers and aren't the end-all-be-all when it comes to talent evaluation.

However, what I found most interesting after all this digging was the circumstances surrounding the 28 examples that didn’t fit in this paradigm. With the exception of the 2019-20 Pacers and the 2020-21 Kings (which is ironic given their recent trade), the other 26 case studies fit in at least one of three categories.

By keying in on these categories, we can better understand some of the variables that come into play when assessing who the best players are.

Category 1: Paired with a Two-way Big

This category is made up primarily of guards/lead initiators whose contributions on offense are not large enough to outweigh the (mostly) minimal value they offer on the defensive side of the floor. These players didn't bring enough to the table on defense in their respective seasons to outweigh the two-way impact of their big-men counterparts.

Category 2: Paired with the Hybrid Playmaker/Scorer

I like to think about this category as the Devin Booker/Chris Paul category. Yes, Booker is the scorer, but Paul’s playmaking combined with his scoring sets him over the top. No matter how good of a player you are, if you’re playing in a good offense, the open shots you create for your teammates are always going to be more efficient. The players in this category are all flanked by guards who create advantages and make plays for others.

These players are all younger guys (or at least young to the world of being an offensive number one) who get a ton of scoring opportunities because more suitable offensive alternatives don’t necessarily exist. Unfortunately, their inexperience in this new role and lack of gravity-bending teammates lead to them being relatively inefficient, which bogs down their overall impact on the floor.

Overall, it's neat that foundational counting measures often provide a bit of a shortcut to identifying the best player on a given team. But one must not get lost in the sauce and forget to examine the circumstances surrounding each team's context because, after all, in our line of work, you can't afford to be wrong one-third of the time!