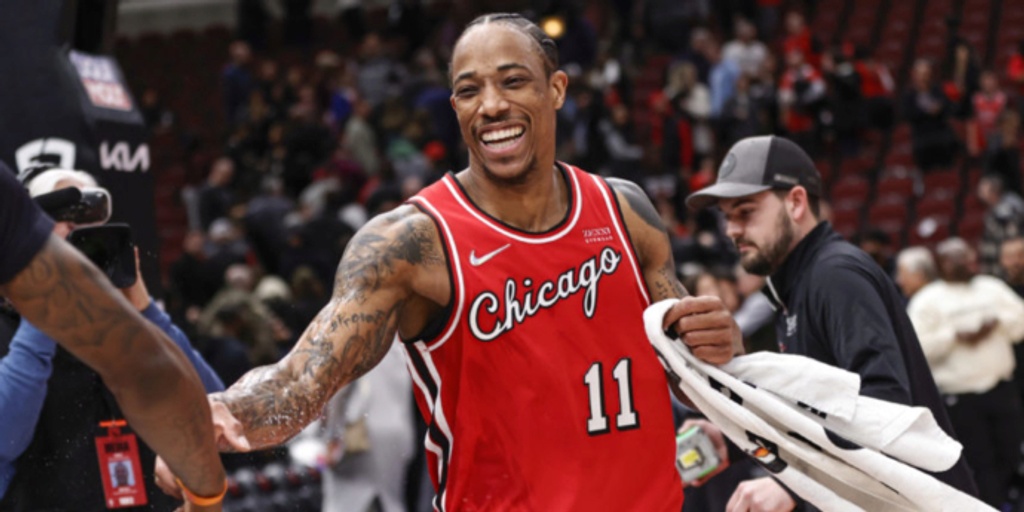 DeRozan finished two points shy of his career high. The five-time All-Star scored 17 in the fourth quarter, though he missed the go-ahead free throw in the closing seconds of regulation after making the first two attempts to tie it.

He then scored 10 in overtime, helping the Bulls come away with a win they sorely needed after falling behind by 16 in the third period.

Chicago, which led the Eastern Conference for a large portion of the season, moved a half-game ahead of sixth-place Toronto with five remaining. The Bulls are trying to stay in the top six in order to avoid the play-in round in the postseason.

Nikola Vucevic added 22 points and 14 rebounds. Zach LaVine scored 21 as the Bulls won for the third time in four games.

Paul George scored 22 in his second game back after missing three months because of a torn ulnar collateral ligament in his right elbow.

Marcus Morris Sr. added 20 points and Nicolas Batum scored 17. But the Clippers — eighth in the West — lost for the sixth time in seven games.

Chicago led by four in overtime when Luke Kennard hit a 3 for Los Angeles with 1:12 left. Patrick Williams answered with one of his own to make it 129-125 with just under a minute remaining.

Jackson then hit two foul shots for the Clippers before DeRozan converted two to make it 131-127.

Williams rebounded a missed drive by Jackson, leading to two more free throws by DeRozan that made it a six-point game. Jackson nailed a 3 to cut it to 133-130 with five seconds left.

DeRozan caught the inbounds pass following a timeout by the Bulls and drove for a dunk, sealing a wild win for Chicago.

The Clippers saw their lead shrink to four early in the fourth and got it back up to 11 with about five minutes remaining before the Bulls made another push.

Los Angeles was leading 118-115 with seven seconds left in regulation when Terance Mann got called for a foul away from the ball on an inbounds play following a timeout. That led to a free throw for DeRozan that cut it to two and possession for Chicago.

DeRozan then got fouled by George on a 3-point attempt with 3.5 seconds remaining. He hit the first two foul shots to tie it at 118 and missed the third, sending the game to overtime.

Bulls: G Lonzo Ball (left knee) will start building up to sprinting at full speed and resume cutting after a 10-day pause because of discomfort, coach Billy Donovan said. How Ball responds will determine when — or if — he returns this season. Ball had surgery in January to repair a torn meniscus. “I have not gotten anything from the doctors that said to me like, ‘Listen, there’s just not enough time. We can't get him back.' They're gonna do everything they can to try to get him back," Donovan said. Chicago closes the regular season at Minnesota on April 10.