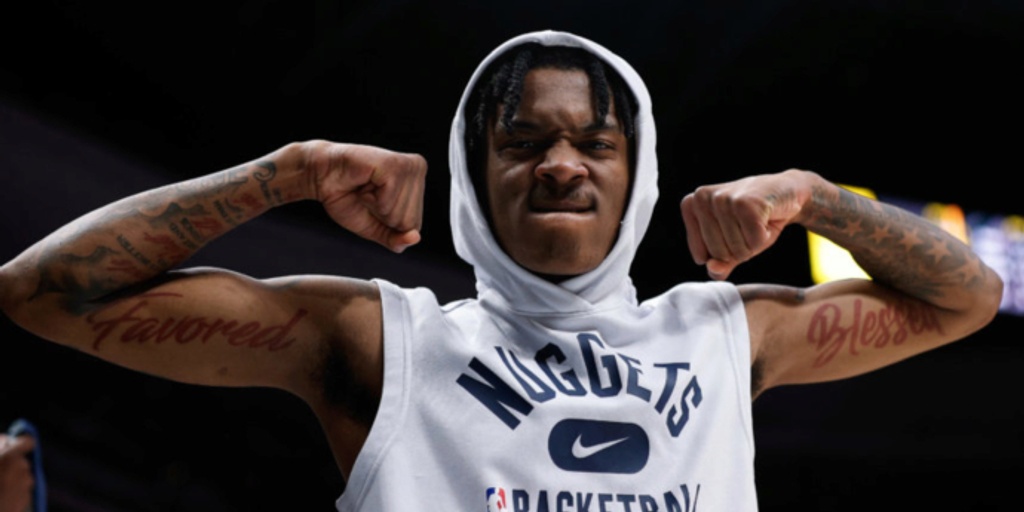 With the NBA regular season drawing to a close, it is only fitting to give it a proper sendoff.

Every season somehow feels a little bit longer than the last in an endearing way. Each year, I find so many new things within the game and its minutiae that starts to stick with me more sporadically. It's arguably my favorite part of basketball: the sheer volume and variance that comes with it. I love finding the little things in a long and tough regular season.

Learning the game, tracking the tendencies of players and indulging in their progressions over the course of 82 games is why I cover the NBA. It's just awesome. As the MVP debate and other awards discussions have ramped up, it has made me contemplate what has transpired throughout the course of the regular season.

Watching Nuggets/Grizzlies on Thursday night, a game much less close than the final 122-109 score indicates, I was constantly reminded of how fun and joyous basketball is. Sometimes I need to zoom out and stop analyzing so I can just breath it all in. And man, Bones Hyland put on a S H O W during the 3rd quarter.

He finished with 16 points and 7 assists while canning four triples, but it was the sheer energy he played with that made me crack a smile and eventually wake my dog up with a look of bewilderment on his face.

If you somehow missed this game or this moment, please prepare yourself:

This man NARUTO GLIDED after throwing a tight wrist pass!

This is the funniest moment of the NBA season, hands down.

Shoutout to Bones, who has been awesome and a huge part of the Nuggets' stellar play in 2022 (Denver is 31-17 in the calendar year).

He's played himself onto the All-Rookie 2nd Team without a doubt.

But again, it's not neccesarily the efficacy of play or how good a guy is. A blowout game shouldn't be that fun to watch, but I was glued to that 3rd quarter as Denver put together a sublime run speerheaded by Hyland. It really made me stop and appreciate just how enjoyable and fruitful this season has been on many fronts. There's joy in the game, and you often don't have to search for it. It's in the little moments.

Another thing that's really stood out as the season has wound down: injuries suck. This seems obvious, but it's felt ever apparent as some teams have struggled down the stretch. Sustainability is so difficult, and the teams that show bright flashes early in the season and struggle to replicate them perhaps put into even better perspective how impressive the great teams are.

Prior to injuries to Draymond Green and Stephen Curry, the Warriors were on a similar pace as the outstanding Phoenix Suns. Had those players been healthy all year, who knows how different things might have been in the Western Conference?

In the East, the Cleveland Cavaliers were a top four seed and looked ripe to lock in a playoff spot, but injuries had other plans. We don't know for sure what the team looks like with Collin Sexton fully healthy. Losing Ricky Rubio (who was playing so well) opened up another crack in guard depth which they eventually made numerous trades to pave over. Jarrett Allen's injury sent them reeling defensively, and they just haven't really been able to recover since.

Another example is Chicago, who after losing Alex Caruso and Lonzo Ball experienced massive ramifications to the defensive structure they built. I'm not in the locker room, and I don't have insider knowledge, but I don't neccesarily feel as though their defense is a chemsitry problem. Once something breaks, it becomes so hard to fix it on the fly in the regular season. Their defensive intensity died down as their stalwart guards were sidelined, and it became increasingly apparent how bereft of defensive stops the roster was without them. We've seen this in teams before. Injuries happen, teams try and keep fighting through, but the results aren't there. Then you're stuck with a mid-20's defense, and even when players do return, it is so hard to rectify.

None of this is to belittle the Bulls and Cavs (and so many more teams who got nipped by the injury bug), but rather to keep in mind that a season isn't singular. It feels like there are countless seasons within a season.

Consider everything that has changed in the last six months. Kemba Walker was an Eastern Conference Player of the Week! The Washington Wizards started the season 10-3, flirted with the one seed and looked like a defensive titan! The Boston Celtics were dead in the water, and a mainstay in discourse was, "When will the Jays be broken apart?"

The Indiana Pacers used the word 'rebuild' for the first time maybe ever in relation to their direction. The Thunder were one of the best defenses in basketball prior to the All-Star Break. After their atrocious first month-and-a-half, New Orleans still managed to make the play-in!

Milwaukee and Atlanta combined for double the losses I thought they'd accrue this year. The Raptors went from, "They could be interesting next season," to, "I do not want to face them in the playoffs," all over the course of a few months.

The growth that happens in season matters, and on a grand scale, it might not be remembered at large in 4-5 years when someone goes on Basketball Reference and looks back on the 2021-22 season. Yet, that's kind of what makes the regular season so enjoyable and enticing. It's all building toward something, though in the moment, we're not always sure what that something is. I love that. So yes, I'm ready for the playoffs, but this has been just a stellar year, and one I won't forget!