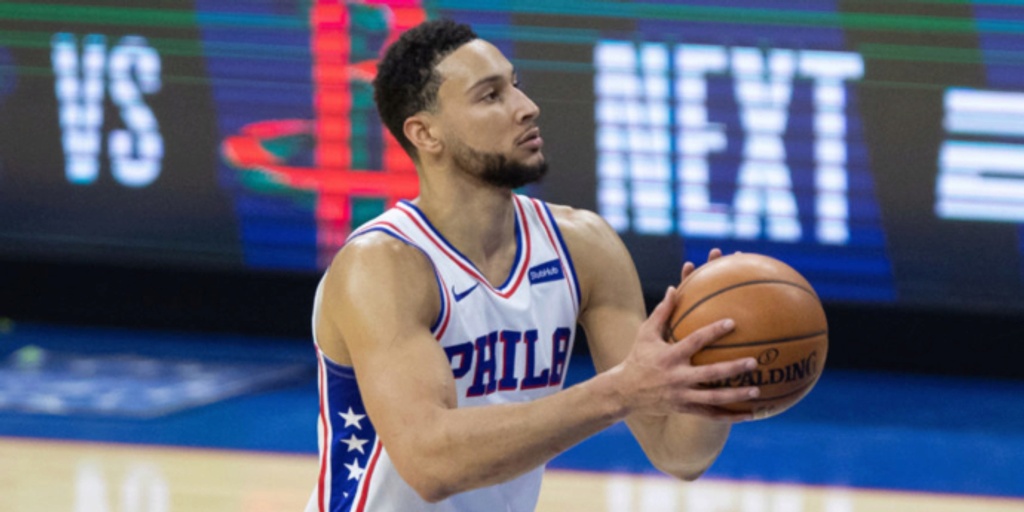 What will the 76ers do with Simmons? Philly guard wants out

Story via Dan Gelston of the Associated Press;

PHILADELPHIA (AP) — The rift between the Philadelphia 76ers and their star guard was shattered beyond repair. There was no turning back, the deal was done — Allen Iverson was traded to the Detroit Pistons.

Team president Pat Croce had tried mending the relationship between Iverson, the franchise star, and coach Larry Brown but found both sides unwilling to bend on the thornier aspects of their disagreements.

“It was a horrifying experience,” Croce said.

None more so than when Croce took the call from general manager Billy King in his Ocean City, New Jersey, home in the summer of 2000 saying that a trade had been reached with the Pistons and that Iverson — his habitual tardiness and clashes with Brown on the rise — had played his last game with the Sixers.

“I couldn’t protect Allen,” Croce said. “If he wasn’t going to listen to the coach and if he was going to be late for practice or miss practice, I couldn’t do anything about that.”

The next call Croce made was to Iverson, with a simple message: “You’re going to be traded, Allen. I can’t protect the front porch if you leave the backdoor open. There’s no way.”

That was that — until it wasn’t. Sixers backup center Matt Geiger refused to waive a contract clause that would have earned him a 15% pay raise if he was traded. Unable to find another combination that worked, the deal was off.

And he didn’t pout that season. He didn’t whine because things were said by his coach that hurt his feelings. Years before his famous diatribe about practice, Iverson was on his professional best behavior in 2000-01 and led the Sixers to the NBA Finals while he won MVP.

“He exceeded everything he said he was going to do,” Croce said. “He never missed practice, he never was late for practice anymore. I’m never going to say he loved practice. I’m telling you, he strength-trained, he did everything that was asked for him.”

Two decades later, the Sixers are again on a collision course for divorce with another mercurial guard, Ben Simmons. The Philadelphia Inquirer reported Simmons — with $147 million and four years left on his contract — said in a meeting last month in Los Angeles with key franchise figures including team president Daryl Morey and coach Doc Rivers that he wanted to be traded. Rivers went on ESPN this week and tried to make peace in public with Simmons, stating his case for the three-time All-Star to return to the team that made him the No. 1 pick of the 2016 draft.

“I can tell you up front, we would love to get Ben back, and if we can, we’re going to try to do that,” Rivers said. “Ben has a long contract, so it’s in our hands and we want him back.”

The Sixers, of course, should want Simmons back, especially if Morey can’t find a suitable trade that would bring back the kind of haul that would keep the franchise near the top of the Eastern Conference.

Near the top — not at the peak.

The 25-year-old from Australia has long been his own player in Philadelphia, refusing, for example, former coach Brett Brown’s plea in 2019 to shoot at least one 3-pointer a game. Just try to be better, Brown asked. Simmons instead attempted seven 3s that season and is 5 for 34 over his four-year career.

But the final straw just may have been the aftermath of the top-seeded Sixers’ shocking second-round exit to the Atlanta Hawks last season in the East semifinals. The Sixers lost three games at home, and Simmons took the blame from fans and even inside the locker room.

His defining moment as a Sixer came when he passed up a wide-open dunk that would have tied the game late in Game 7. He heard footsteps and passed the ball — and passed on the chance to lead the Sixers into the next round.

Joel Embiid, long a Philly fan favorite and NBA MVP runner-up, called the play the “turning point” in the season-ending defeat. Rivers was asked postgame if Simmons could still be a point guard for a championship team like the kind the Sixers want to become.

Rivers was Simmons’ staunchest defender all season, praising the guard on every Zoom interview he could, even pushing back at questions that suggested Simmons wasn’t doing enough because he couldn’t shoot. Rivers stumped for Simmons as a defensive player of the year candidate and said the guard was “too good” for criticism lobbed his way.

“He does other things for your team, and I just don’t understand why that’s not sinking in in our city,” Rivers said during the first-round series against the Wizards. “You know, everybody on the team doesn’t have to be a scorer to help the team. Ben scores, but Ben creates scoring for us. That’s what he does.”

Whatever the reason of his unhappiness (Simmons hasn’t talked publicly since the season ended), the Sixers enter training camp next week trying to win in Embiid’s prime with Simmons prepared to sit out.

Croce said when Iverson came back, “he realized he was in the wrong.”

Will Simmons see the issue the same way?

“Right now, his feelings are hurt and he doesn't realize he's the genesis of his own hurt.”