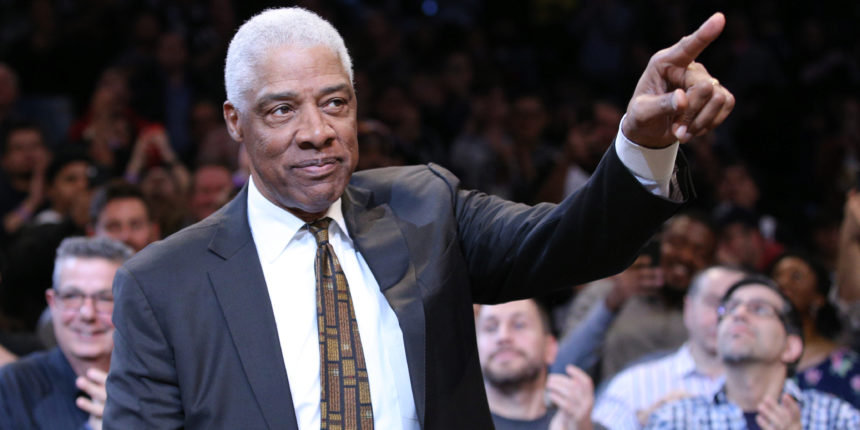 Julius Erving criticizes lack of accountability in the three-point era

If you are not a fan of today’s NBA, blame it on Steph Curry. The Golden State Warriors superstar, and the league’s latest revolutionary, spearheaded the NBA’s shift towards long-range shooting. And while not everybody enjoys it, Julius Erving does.

That in and of itself is an anomaly – former players are the loudest critics of the playstyle dominating the league. But Dr. J, although coming from a whole different era of basketball, grew to love it.

"I’ve evolved with the game," Erving said on the Knuckleheads podcast. "So when a center would grab a rebound, dribble it up court, start the offense at the top of the key with a little hand-off, and then go down and spot up in the corner, it was like, ‘When you’re gonna put your feet in the paint big fella?‘ But that’s the way it is now."

It’s refreshing to see an all-time great not being bitter about how the game has evolved. Because this isn’t the first time something like that has happened. It might’ve taken on a different form over the decades – from the big men era to the iso basketball of the ’00s – but the NBA has always been a forever-changing game and Erving has too much respect for the game to be bitter about it. That’s why he gives credit where credit is due.

"The coaches have kept pace with the changes in the game and the fact it’s played differently," Erving said. It’s played outside-in and there’s a lot of fan appeal who want to see the three-ball go up."

And while he appreciates the current three-point environment, Erving did single out two things that bother him about today’s NBA. First, the rules favor offensive players too much – this is something the league tried to address with recent rule changes, trying to eliminate players manipulating defenders into foul calls. But according to Erving, that’s still not enough.

"Offensively, players have a huge advantage. That’s why you see so much dancing," Erving said. "Back in the day, a dude would just take a shot at you; ‘You’re not here dancing on me, embarrassing me like we at a night club or something.'"

The second thing is a lack of accountability, especially regarding the three-point shooting.

“I don’t think everybody should have a license to shoot it and that’s obvious sometimes when you see some of those shots,” Erving said. “When a guy misses five or six of them and then he makes one and he’s kissing up to God, I’m like, ‘Dude, how you get off doing this? Is that really appropriate?'”

This is another Steph Curry effect that shook up the risk-reward perception when it comes to shooting long-range shots. That’s why you don’t see coaches holding their players accountable after missing a few in a row. It’s also why you don’t see them trying to score in a different way to get back into a rhythm.

The potential of overcoming such a slump by shooting the ball is enough for the players to always have a green light – the Rockets missing 27 straight threes against the Warriors in 2018 is the perfect example of that. And no matter how much he likes today’s NBA, that’s something Erving will never understand. Can you really blame him for it?