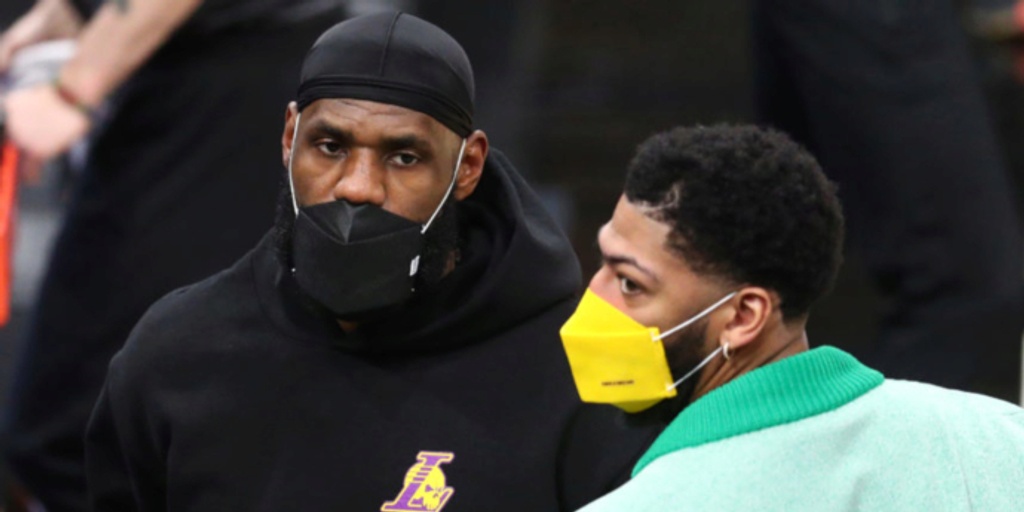 Anthony Davis could return in 10-14 days, LeBron James close behind

Los Angeles Lakers superstar Anthony Davis will be re-evaluated by team doctors in L.A. this week and could return to play in the next 10 to 14 days and LeBron James could be right behind him, sources told ESPN's Adrian Wojnarowski.

Davis, out since Feb. 14 with a calf strain and tendinosis in his right leg, will be examined on Thursday after the Lakers return from their current five-game, East Coast road trip, sources said.

ANALYSIS: The Lakers have been without Davis and James since March 20th when LeBron went down with an ankle injury against the Atlanta Hawks. Davis figures to return first, with a LeBron return likely happening sometime before the end of the month.