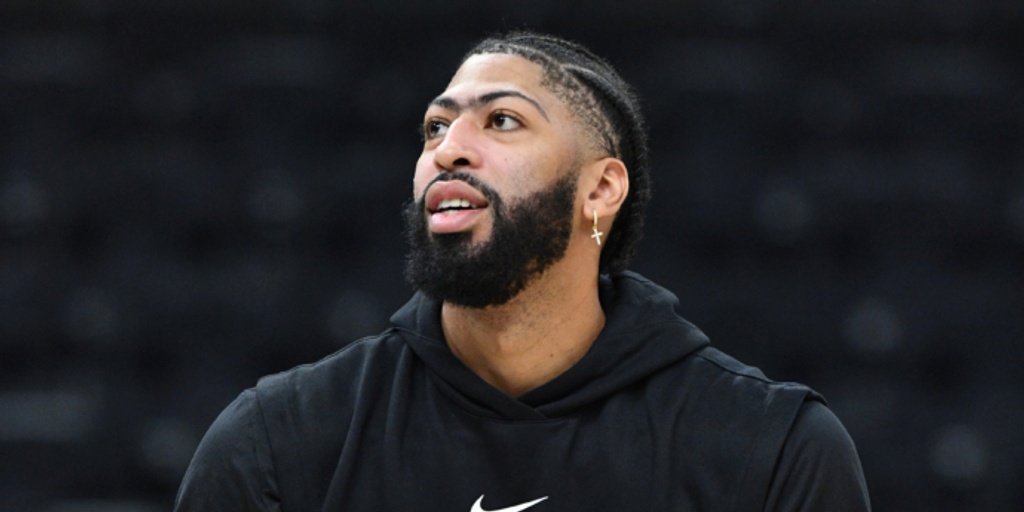 Anthony Davis begins ramp up process, could play for Lakers in few weeks

Los Angeles Lakers star big man Anthony Davis will begin the ramp up process for a return to play from his injured right foot when the team returns to L.A. this week, according to ESPN's Dave McMenamin.

New story: Lakers star big man Anthony Davis will begin the ramp-up process this week to work towards a return, league sources told ESPN. There’s optimism he could be back in the lineup within a couple of weeks https://t.co/8GOqqIttzy

Davis has been sidelined since Dec. 16 with a stress reaction in his right foot along with a bone spur in the same foot. He has now missed 12 games but the team has recently turned its season around, having having five straight and now in the No. 11 spot in the Western Conference and just two games back of the No. 5 spot with a 19-21 record.

McMenamin adds that there "is optimism within the Lakers that the ramp up process could only take a couple weeks before Davis could start penciling a potential return to game action".

So far, Davis has only been able to some shooting during his rehab but this next step towards a return will involve acquatic pool workouts and running on an altered-gravity treadmill.

Before he was injured, Davis was putting up his best numbers in years, averaging 27.4 points, 12.1 rebounds, and 2.1 blocks while shooting 59.4% from the field.