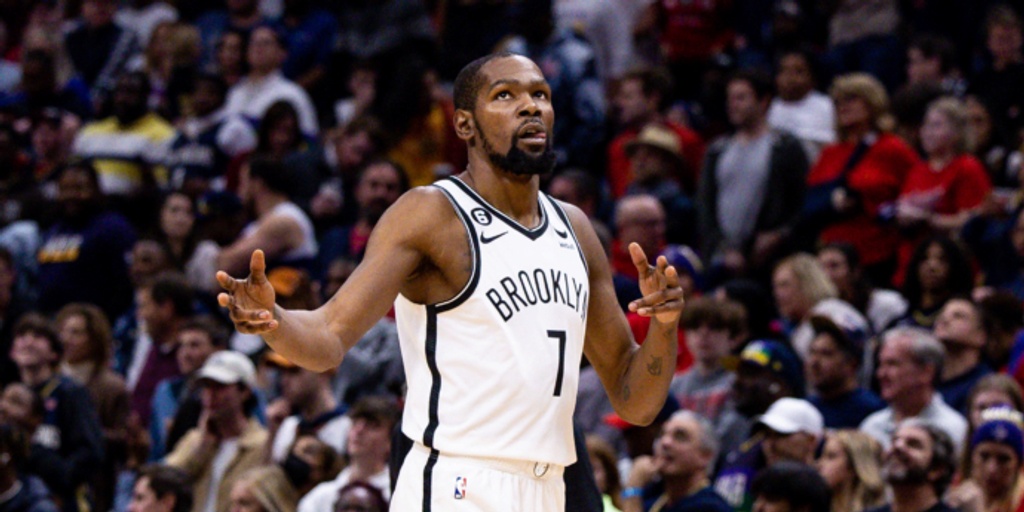 The Brooklyn Nets announced that star forward Kevin Durant has been diagnosed with an "isolated MCL sprain of the right knee". He will be re-evaluted in two weeks. Durant suffered the injury during the third quarter of Sunday's game against the Miami Heat.

Brooklyn Nets forward Kevin Durant has been diagnosed with an isolated MCL sprain of the right knee. The injury occurred during the third quarter of last night’s game at Miami. Durant will be reevaluated in two weeks.

Durant is having having an MVP-caliber season, averaging 29.7 points and 55/9% shooting while adding 6.7 rebounds and 5.3 assists. After a slow start for the Nets, he has helped catapult the team into the No. 2 spot in the Eastern Conference with a 27-13 record, having won 18 of their last 20 games.