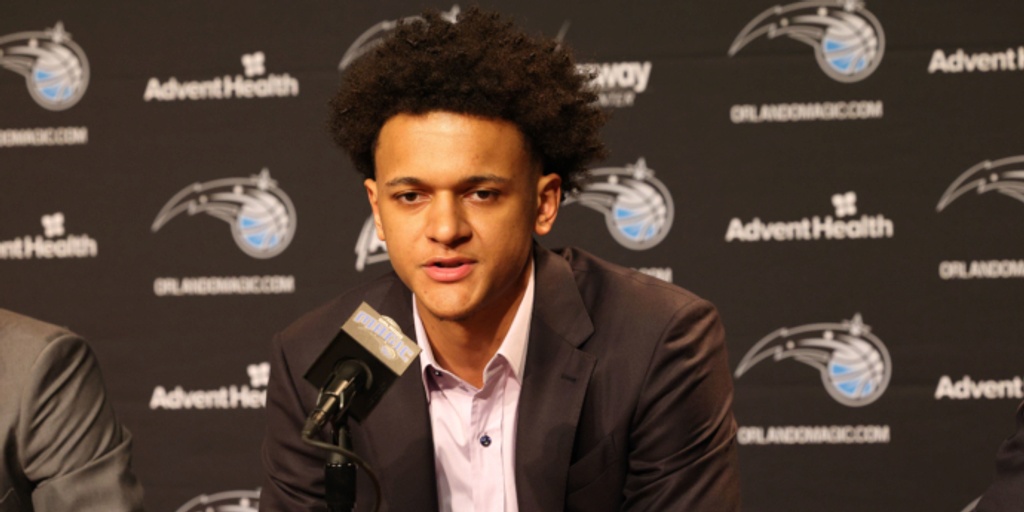 Welcome to the stage, Paolo Banchero. He’s about to have his opening night.

NBA Summer League starts Thursday in Las Vegas, with Banchero — the now-former Duke star forward who was the No. 1 pick last month — set to play in the opening game when the Orlando Magic take on No. 3 pick Jabari Smith Jr. and the Houston Rockets in the first contest of the 11-day showcase.

“It’s great,” Banchero said Wednesday as the Magic wrapped up practice in one of the two UNLV arenas where games will be taking place. “You know, I get to come out here, have all these people come watch, watch me put on a show. I love when big crowds are out, when all the cameras are out, that’s when I play my best. So, I’m looking forward to it and it’s going to be fun.”

The crowds do come for these games; in 2018, Summer League set a total attendance record of 139,972 and in 2019, a per-day average record was set of 12,199 fans. That’s all pre-COVID, of course, and the league is hoping this summer league — even with the pandemic still very much happening — is back to those sorts of numbers.

And a glitzy matchup to get things started, two of the top three picks in the first game, seems fitting.

He’s not alone there. For most players taking part over the next 11 days, this is new. Some have played in Las Vegas before, maybe in AAU games, or high school, or in college. A few have even participated in Summer League before — but there are some who are seeing Las Vegas for the first time as well.

“I’m looking forward to walking around and seeing some things,” Miami rookie Nikola Jovic said. “When I have time.”

Every NBA team has a summer squad in Las Vegas, all set to play five games. The first four games for each team will go into standings that will determine which two will play on July 17 for a title, though the trophy can be viewed as an ancillary part of Summer League.

Sacramento won Summer League last season; probably only the most ardent basketball fans know that. But moments stand out — such as No. 1 pick Zion Williamson of New Orleans ripping the ball away from New York’s Kevin Knox in the 2019 Summer League and getting a dunk.

That play, people remember. Williamson didn’t finish that game because of a knee injury, and the game itself ended eight minutes early because an earthquake struck 150 miles from Las Vegas but left the scoreboards at UNLV shaking to the point where officials weren’t sure if the contest could safely continue. New Orleans won. The outcome didn’t matter.

Same goes for whatever will happen at UNLV starting on Thursday night. A team will end up winning the title and get a trophy and T-shirts and hats on July 17, but it’s the moments — like the debut of a No. 1 pick — that tend to stand out.

“I think Paolo is probably one of the most prepared individuals for that situation that have ever come along in the NBA,” said Orlando assistant Jesse Mermuys, who will coach the summer league team. “His season at Duke, I don’t know if there’s much more pressure than that. And so, he’s already prepared. You can tell. His parents have done a great job with him.”

Banchero has spent the last couple of weeks living out of a suitcase, getting to know new summer teammates — most of whom won’t be on the Magic roster when the real NBA season starts in mid-October — and starting to forge relationships with the Orlando veterans as well.

“I know who I am,” Banchero said. “I know what I bring. Whether I have a great game or a bad game, I’m never going to get too high, never going to get too low. I hold myself to high standards. So, really, in my head it’s just me vs. me. I’m not worried about what other people are doing. I’m not worried about what other people think. It’s just kind of how I see myself and whether I’m happy with how I played or not.”