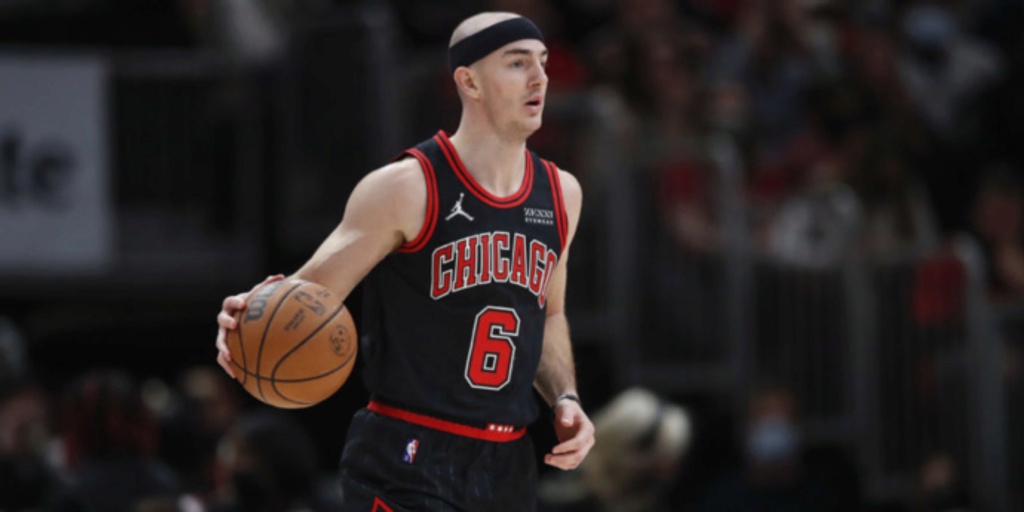 Alex Caruso is nearing a return to the Bulls' lineup: 'We're close'

Alex Kennedy
Mar 11 2022 10:27PM UTC



Chicago Bulls guard Alex Caruso is nearing a return from a fractured right wrist. On Friday, he practiced in full for the first time since the injury occured against the Milwaukee Bucks on Jan. 21.
"We're close," Caruso told K.C. Johnson of NBC Sports Chicago. “We haven’t talked about specific target yet. I think we’re just trying to take it day-by-day to make sure it passes each test. Wake up [Saturday], hopefully no soreness that will hold me back and go from there."
When asked about Caruso potentially returning for Saturday's game against the Cleveland Cavaliers, neither Caruso nor head coach Billy Donovan ruled it out.
This season, Caruso has averaged 8.4 points, 3.9 assists, 3.9 rebounds and 1.9 steals on .429/.345/.814 shooting splits. Chicago has missed Caruso, especially on the defensive end.
Caruso was injured when Bucks guard Grayson Allen committed a flagrant-two foul that many felt was dirty. Allen was ejected and subsequently suspended for one game without pay.

Caruso said that he never heard directly from Allen following the incident.

“I mean, he is who he is, I am who I am, people are who they are,” Caruso said. “I don't know him that well. The only thing I know is from past history and instances, so that's all I can really go off of. I really don't know too much what you're supposed to do in that case and situation in the NBA, if there's unwritten rules about it. But I think people are who they are and you can't really change that.”