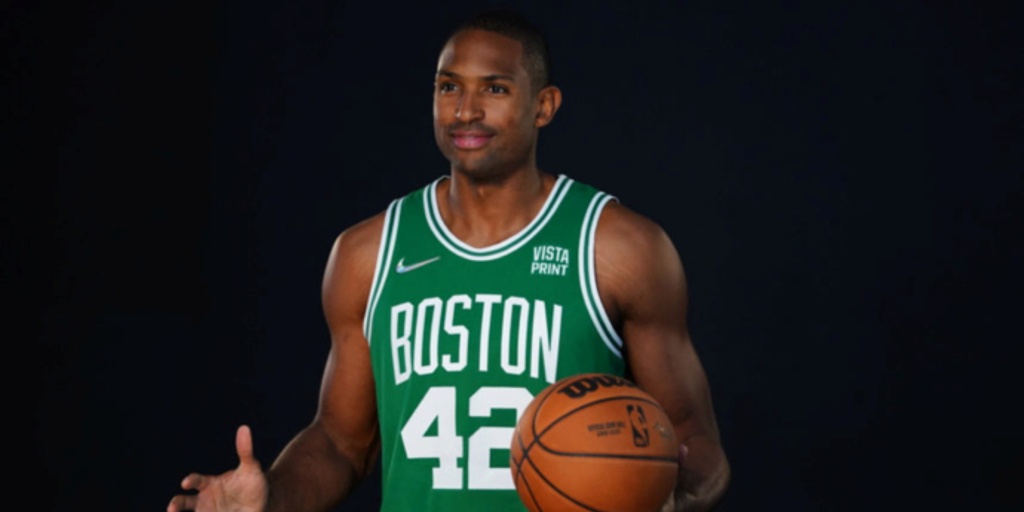 The Boston Celtics spent much of the offseason restructuring the landscape of their organization and solidifying the pillars of the roster.

Brad Stevens swapped out the sidelines for the corner office to replace the retiring Danny Ainge as president of basketball operations. Robert Wiliams inked a four-year, $54 million extension; Marcus Smart followed suit at four years and $77.1 million. Evan Fournier left for New York. Josh Richardson came to town via trade. And Kemba Walker, a 2019-20 All-Star signed to a max contract two summers prior, was dealt to the Oklahoma City Thunder in exchange for Al Horford, who returns to Boston after a three-year stint between 2016 and 2019.

During Horford’s tenure as a Celtic, he made an All-Star game and All-Defensive Team, and helped shepherd Boston to consecutive Eastern Conference Finals appearances. But Horford and the Celtics are in different spots now. Jayson Tatum is a budding superstar. Jaylen Brown notched his first All-Star berth last season. Horford, once the best (healthy) player on that 2017-18 team, is no longer the star of yesteryear.

This, however, does not mean he isn’t any good. Determining where exactly aging stars exist across the NBA’s hierarchy can be a clouded endeavor. This is especially the case for someone like Horford, who spent one year with the clunky-fitting Philadelphia 76ers and the other with an in-and-out-of-the-lineup situation — the tanking-not-tanking Thunder — before ultimately sitting out the final 26 games of the season.

The truth is that expecting shades of 2017-18 Horford or even a player close to 2018-19 Horford is far-fetched. His physical decline is noteworthy, but he’s still a quality player in the proper role and can certainly aid Boston, whose frontcourt rotation has been underwhelming since he left.

Over the second half of his career, Horford has emerged as a premier stretch big, drilling 36.6% of his 1,362 triples since 2015-16. That remains the case. A season ago, he notched a career-high three-point rate of .422 and holstered a speedy trigger, bombing from deep amid defensive pressure or immediately off of pick-and-pops. The Celtics haven’t rostered a legit stretch 5 in his absence.

Head coach Ime Udoka is seemingly entertaining the notion of starting both Horford and Robert Williams. If that’s the case, lots of Double Drag should be part of the Celtics’ offense. Even if Horford comes off the bench like he did Monday against the Orlando Magic, it’s still possible by inserting Brown (or Tatum if he’s not handling) as the popper. In lineups where Horford is the 5, let Brown be the roller.

The University of Florida product is going to provide welcome spacing, particularly for Brown and Tatum on handoffs and ball-screens, and track-star slasher Dennis Schroder. Despite some newfound athletic limitations surfacing in recent years, Horford is still capable of leveraging his jumper into driving lanes off the catch. Because of his quick release and willingness, defenders often hastily close out, and last year, he proved adept at capitalizing.

Horford also boasts decisiveness as a passer and shrewd spatial awareness. He’ll flash to openings off the ball and provide a release valve, or help facilitate a pass that someone else can’t make. He keenly identifies when to slip screens, which will pair well with the pull-up gravity of Tatum and spot-up gravity of both Jays because he’s a useful short-roll playmaker.

Sound, prompt decision-making is typically a hallmark of good complementary players, and Horford meets that criteria. Given the likelihood of Tatum, Brown and Schroder (and Smart?) all commanding significant on-ball usage, Horford will amplify their talents.

In the Celtics’ preseason victory Monday, they also employed much more off-ball screening than what was present during Stevens’ tenure. Along with impromptu picks, Horford is an artist of the subtle moving screens that avoids the ire of officials, and he applies his size well to carve out space for others. It’s yet another way he can boost the offense in a background role.

He’s not as spry or fluid as he’s used to be, and poor vertical explosion dramatically hinders his ability to finish over like-sized length or strength. Whereas his quickness and mobility once compensated for that final issue, they’ve tapered off enough to shrink his margin of error. In consecutive seasons, he’s posted career-low rim frequencies of 24% (2019-20) and 22% (2020-21).

Nowadays, many of his post or interior touches result in contested hook shots or jumpers that don’t resemble ideal possessions. There’s just not much self-creation equity remaining in his game, which is workable if recognize,  but must be priced into his usage — so as to not overextend him and bog down the offense. The occasional exploitation of a mismatch is viable, but consistent production out of the post probably can’t be banked on these days.

Some of these physical deficiencies manifest defensively too. Once a premier defensive center, Horford has transitioned to adequate — which should still be looked upon fondly for a 35-year-old entering his 15th season — but nonetheless noted when projecting his second run as a Celtic. In conjunction with declining movement skills, his lack of vertical explosion has become a much more prominent limiter as a rim-protector.

The NBA’s database for defensive field goal percentage — which, in part, measures the difference between what players shoot on average and what they shoot when a given player is the primary defender — spans back to the 2013-14 season. It’s an unreliable stat when cataloguing all attempts, but is fairly useful when solely analyzing attempts near the rim.

On shots within six feet of the basket, Horford’s recorded two of his three lowest defensive field goal seasons over the past two years. In 2019-20, players shot a career-low 1.2% worse than average with him around. Last year, they shot just 3.1% worse with him around, the third-lowest clip of his eight-year sample. Even when in the proper position, he’s susceptible to being bowled out of the way or failing to meet scorers at their apex near the cup.

He’s also not the mobile, do-it-all, switch-heavy center anymore, devoid of the footspeed and nimbleness to contain ball-handlers regularly. Horford said he thinks he’ll defend “a lot” of guards this year, but I’m not sold on that being his optimal role defensively. Playing him near the level of the screen rather than in pure drop coverage in pick-and-rolls strikes me as suitable, but asking him to switch routinely is a bridge too far. He’s capable in a pinch, but it shouldn’t be the norm.

Horford is not without exploits defensively. His positioning and awareness are valuable, even if he’s not capable of rotating with the haste of the mid-2010s. He brandishes lively hands to shrink passing lanes, alter scoring angles and generally function as a paint pest, reflected in his 1.4% steal rate (68th percentile among bigs, according to Cleaning The Glass).

Because of his awareness and positioning, he also rarely commits fouls. According to Cleaning The Glass, he’s ranked in the 88th percentile or better in foul rate (the lower, the better) every season besides his rookie year. At the very least, he’s a substantial defensive upgrade, and in general, for Boston from last year’s center options (Williams aside). There’s absolutely still facets of his defense that help craft plus impact.

The Celtics should be a notably improved team from last year. Between injuries and a lackluster supporting cast around the team's stars, the 2020-21 version of Boston failed to build upon its East Finals run from months earlier. While I wasn’t enthused by the Horford-Kemba swap, I can understand it and recognize why it occurred.

Despite no longer being an All-Star, Horford brings a welcome and varying skill set that aptly complements the Celtics’ most important players and fits into an array of lineups. Knowing who exactly he is after playing just 28 games a season ago and entering his 15th year at age 35 is challenging.

But Horford has some juice left, which Boston has largely missed in its big men since his departure, and will benefit from getting it back this season.