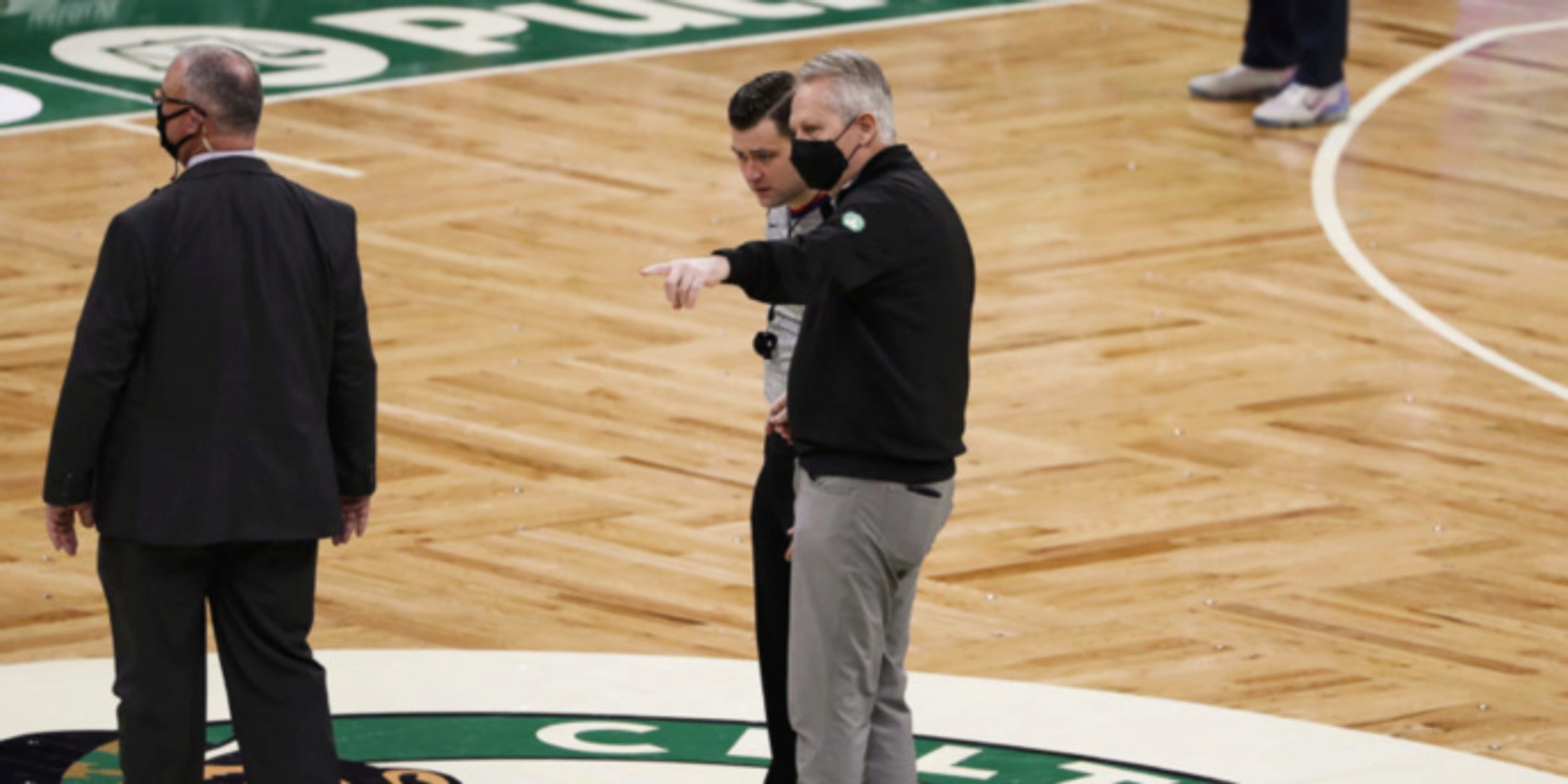 Ainge on Celtics struggles: 'I'm putting it on my players' shoulders right now'

On the Boston radio show Toucher and Rich, Celtics general manager Danny Ainge seared into his team for their recent struggles. And while Ainge noted that everyone in the organization bears some responsibility, he specifically called out the players.

“Everybody is responsible. I’m responsible, Brad’s responsible… Brad has zero responsibility for us shooting 5 -for-34 from 3 last night, most of them being open shots. He doesn’t have responsibility when players improvise and are playing with lack of emotion after they miss shots. The only thing that he could do is yank his best players out of the game and go with the other players. That, the only option that he has. I think this is not everybody on the team, this is the not the same player every single night, it’s different players each night."