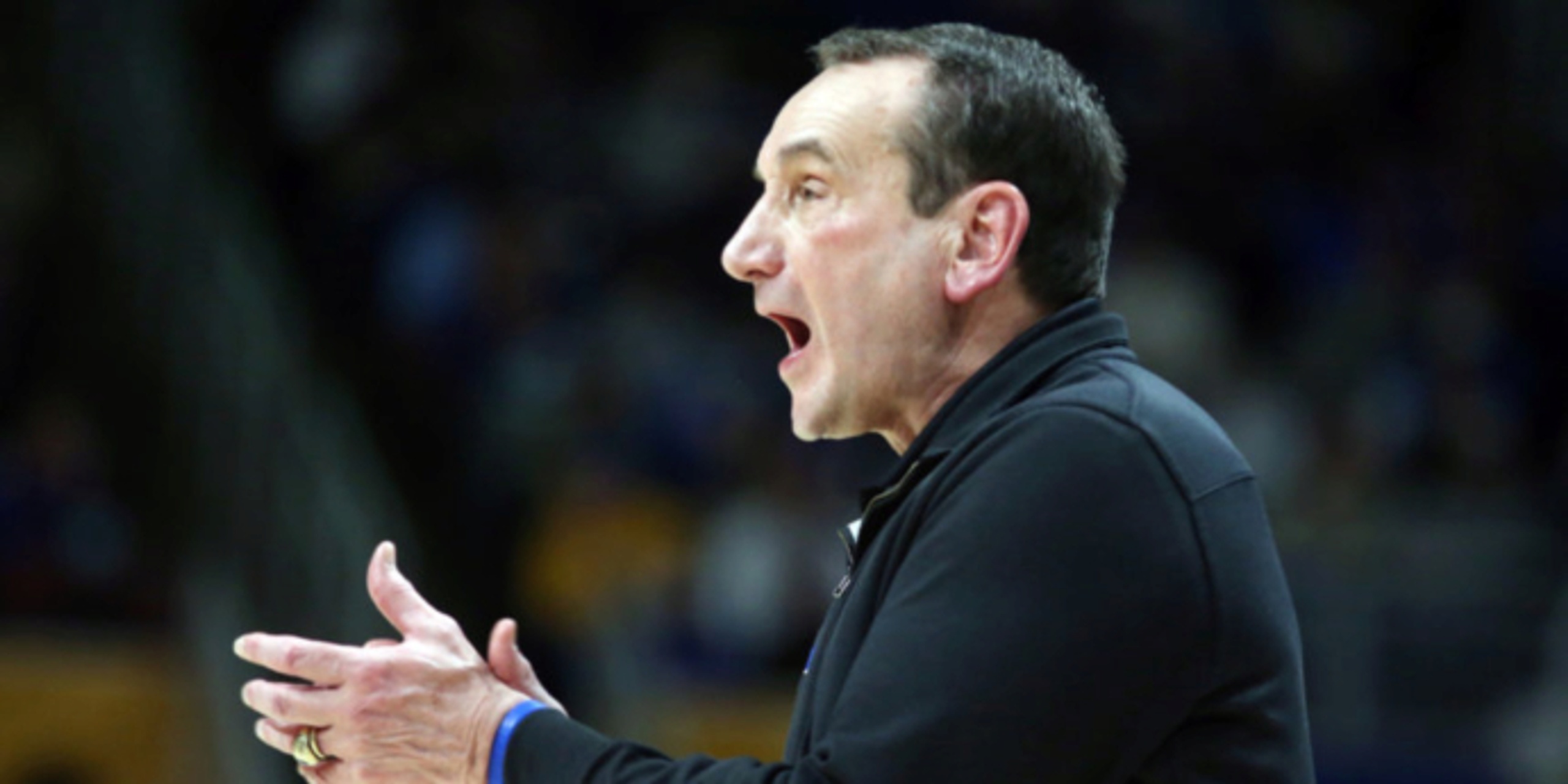 After year of deflection, Coach K’s Cameron farewell is here

Duke’s Mike Krzyzewski has spent more than four decades preparing seniors for managing the emotions that come with taking the court a final time at Cameron Indoor Stadium.

This week, the retiring Hall of Famer must do that for someone new: himself.

“Little bit of thinking yesterday: ‘This is your last game at Cameron,’ Krzyzewski said Thursday, two days before his fourth-ranked Blue Devils host North Carolina to close the regular season. “It’s crazy, how did that happen? How is it here? … I’ll have to spend some time, have a meeting with me.

“Maybe a few tough talks about keeping my eyes on the road, so to speak.”

The 75-year-old known to many as “Coach K” has spent the better part of a year deflecting questions about his looming retirement and trying to avoid being a distraction or creating additional pressure on his fourth-ranked Blue Devils. The approach has worked, with a roster led by players with NBA futures securing the program’s outright first Atlantic Coast Conference regular-season title since 2006.

Now there are no more deflections, no more chances to push questions into the distance. The moment is here, with Krzyzewski down to one home game – fittingly against the rival Tar Heels — and no more than 10 games left in an impressive career.

As Krzyzewski said he told his staff Thursday morning: “Who would’ve ever thought? It’s my Senior Day.”

“I think I’m just going to overall – I’m talking to myself right now – just let it happen,” Krzyzewski said. “And see what the hell happens. But try not to let it negatively influence anything for my players, because look, for them, it’s their game. … And I’m responsible for making sure that they have the best chance to win that game.”

Krzyzewski’s resume includes a college-coaching record 1,196 victories to go with five NCAA championships. So much of that success originated in the 82-year-old campus arena, with its cramped confines (9,314 capacity) and rowdy students packed into bleachers practically on top of the court along the length of the sideline to create an intimidating and ear-ringing homecourt advantage.

His Cameron farewell will be an emotional spectacle, adding another layer to a rivalry that annually commands the spotlight and features neighboring teams with a combined 11 NCAA championships.

The cheapest ticket on StubHub as of Thursday afternoon was $3,250, with seats climbing north of $10,000 — including some with asking prices of $50,000 and, improbably, $99,988 each. The school expects around 80 of Krzyzewski’s former Duke players to attend, just one example of how his influence on the sport will continue long past his retirement.

Steve Wojciechowski will be among that group.

At the horn, Wojciechowski turned and ran straight to Krzyzewski for a firm and lasting hug amid the rare sight of “Cameron Crazies” storming the court to celebrate.

“It’s surreal,” Wojciechowski said. “How many things in your life have been consistent over a 40-year period, where you know you go somewhere and turn on the TV, there’s a constant there that you can depend on? In all of our lives? Very few. Duke, and Coach K being there, is one of them.”

Not every memory is quite as sweet, though.

“Coach said to go get taped and we were going to practice,” Hurley said. “And we practiced like another two hours, so that was probably a not-so-good behind-the-scenes memory at Cameron Indoor.”

Current player Wendell Moore Jr., has heard stories like that from former players that came before him, laughing that Krzyzewski has “definitely chilled out with us a little bit, I’ve heard.”

Moore said Krzyzewski was “a little sentimental” with the team this week.

“He’s known it’s coming to an end,” Moore said. “So for him, he wants to cherish every last moment of it. ... I mean, we know where he’s coming from. A guy like him, he never thinks it’s going to end for him. But he knows his time is coming, so we’re doing everything we can just to stay in the moment with him.”