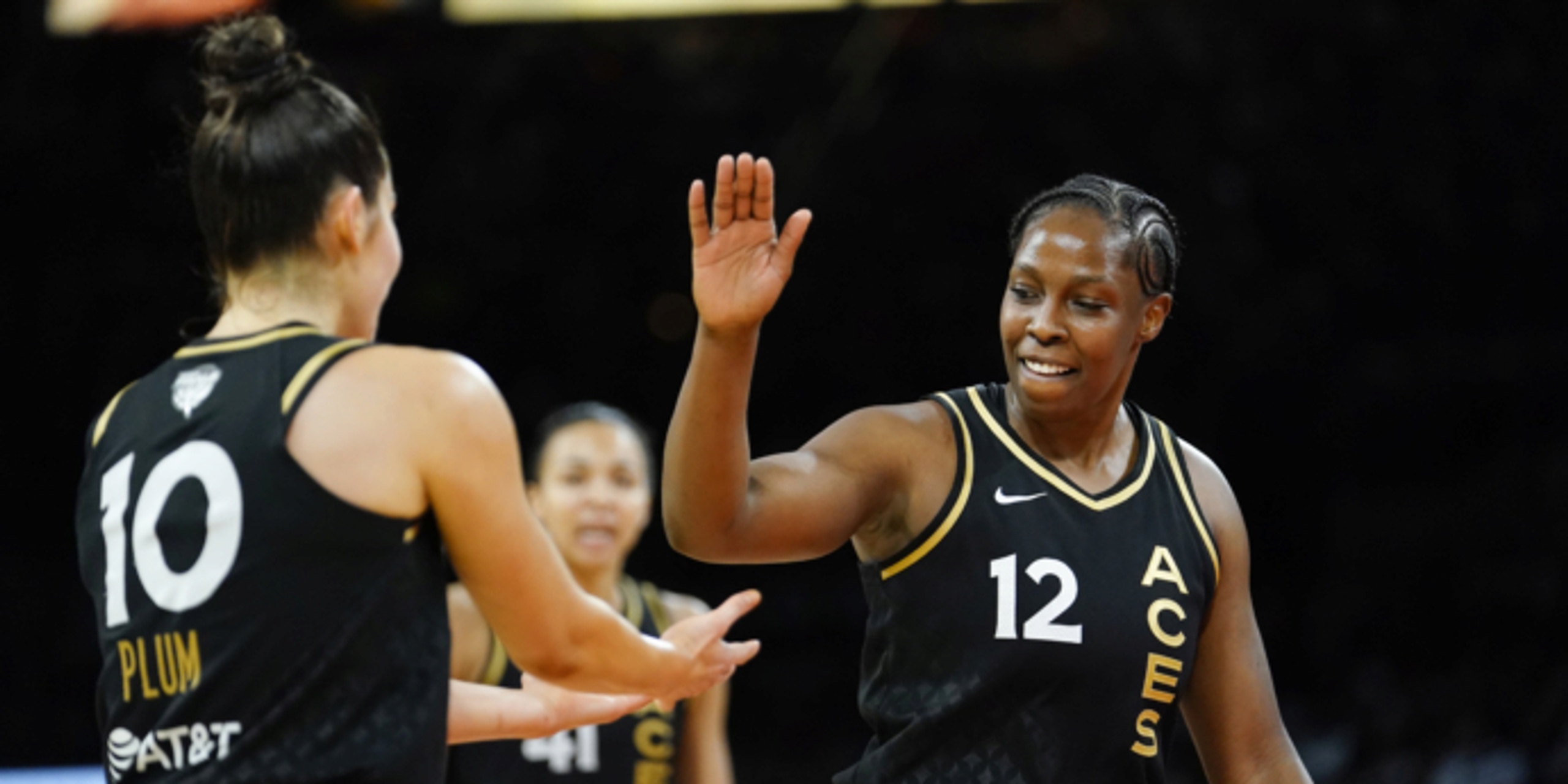 LAS VEGAS (AP) — A’ja Wilson had 26 points and 10 rebounds to lead the Las Vegas Aces to an 85-71 victory over the Connecticut Sun on Tuesday night in Game 2 of the WNBA Finals.

The Aces are now one victory away from the franchise’s first championship with Game 3 on Thursday in Connecticut. Las Vegas was swept in the 2008 Finals when the team was still in San Antonio. The Aces were also swept in 2020.

“It’s going to take every bit of everybody,” said Chelsea Gray, who added 21 points. “You can see the stats, it’s the toughness, it’s the little things that will get it done We have been a good road team this year. So we might as well go win on the road.”

Kelsey Plum rebounded from an awful Game 1 to score 20 points.

“A’ja cussed me out before the game. That’s all I needed,” Plum said. “About time I joined the party. They carried us all week. It’s good to hit some shots, but we have one more.”

Connecticut, which finished 27 of 64 (42.2%) from the field, had four players in double digits, led by Courtney Williams with 18.

Jonquel Jones also had a double-double with 16 points and 11 rebounds, Alyssa Thomas finished with 13 points.

Looking to establish an offensive presence early, both teams pushed the pace early, trading buckets to a 10-10 tie until the Aces seized momentum and used an 11-4 run to open a seven-point advantage. Las Vegas hit 55% (10 of 18) from the floor in the first quarter while the Sun struggled to a 35% clip, hitting just 7 of 20.

The Aces continued to apply offensive pressure in the second, led by Plum, who contributed 11 in the quarter.

Connecticut was down 14 when coach Curt Miller went big with his lineup, and the Sun responded with a 12-4 run to cut their deficit to six before a Wilson bucket provided the Aces with a 45-37 halftime lead.

“Get to my spots my teammates are putting me in a situation where I’m comfortable,” Wilson said.

But Las Vegas’ offensive balance continued into the third, with five different scorers helping the Aces push the lead to 14, outscoring Connecticut 23-17, taking a 68-54 lead into the final period.

“We felt like we were playing catchup all night since we couldn’t string together consecutive stops,” Connecticut coach Curt Miller said. “Trying to keep this high-powered offense out of rhythm and tonight we struggled to do that.”

The third quarter saw both teams with bumps and bruises. Gray and Natisha Hiedeman left the game with twisted ankles early in the third quarter. Gray went back to the locker room, but later returned. Jackie Young suffered a busted lip. Williams left late in the third with what appeared to be a lower leg injury. Hiedeman and Williams returned to start the fourth quarter. Young returned early in the final period.

BACKS AGAINST THE WALL

Connecticut is 3-0 in elimination games in the playoffs so far this season.