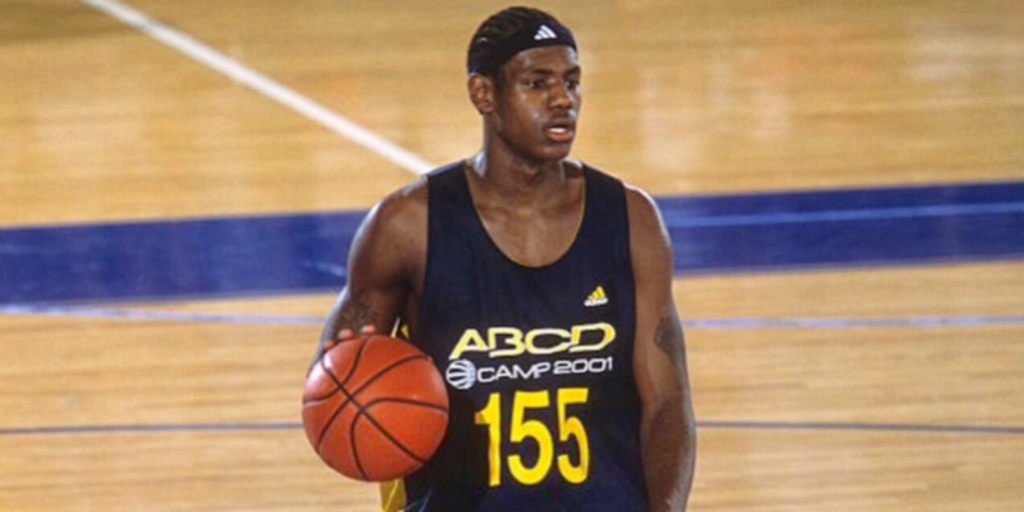 ABCD Camp: The mecca of high school basketball circa 2001

It was the summer of 2001, and I had just finished my junior year of high school.

I received a phone call on my family's home phone in Milwaukee, Wisconsin — it was a representative from Adidas calling to invite me to be a participant at the famed ABCD Camp.

A prestigious camp held at Fairleigh Dickinson University in Teaneck, New Jersey, the ABCD Camp was established in 1984 and would continue until 2006. The camp was sponsored by Adidas and run by legendary shoe company executive Sonny Vaccaro. His main claim to fame was his role in developing and executing Michael Jordan's Air Jordan brand with Nike. After leaving Nike, Sonny joined Adidas, where he was able to get the ABCD Camp rolling.

Each year, the camp was comprised of the top high school players in the country. In 2001, the NBA had not yet set the age limit restricting high school players from declaring for the NBA draft following their senior year. Because of this, not only was every prominent college coach at this event, but so were all of the NBA scouts and front-office personnel. At that point, the ABCD Camp was the mecca of high school basketball.

I was beyond excited to get invited, but I must admit, it was somewhat intimidating. Luckily I wouldn't be going alone, as several of my good friends received invitations to the camp too.

My roommate at the camp was Dan Grunfeld, who was, and still is, one of my best friends. Dan is the son of Ernie Grunfeld, who, at the time, was my dad's boss and the general manager of the Milwaukee Bucks. Dan became a star player at Stanford and led the (then) Pac-10 conference in scoring his junior year, and had a successful career playing in Europe. In addition, our good friend and my high school teammate, Coby Karl, was also with us. Coby is the son of George Karl, who was the head coach of the Bucks at the time. Coby played a few years in the NBA after starring at Boise State.

The three of us were teammates as a part of the AAU program, Friends of Hoop.

Also with us from Milwaukee was Steve Novak, who has been a friend of mine since we were AAU teammates on the Wisconsin All-Stars all the way back when we were in middle school. Once Steve and I got to high school, we had some great battles during our freshman and sophomore years. (I was at Shorewood High School and he was at Brown Deer High School, one of our conference rivals. Steve went on to team up with Dwyane Wade at Marquette, and had a long successful career in the NBA.)

So there's no denying that Milwaukee was represented well at the ABCD Camp that year.

For whatever reason, I didn't fly with my friends from Milwaukee. Instead, I flew by myself to La Guardia Airport in New York. When I landed, an Adidas representative was waiting and drove another player, DeAngelo Collins, and I to the hotel in New Jersey. It's probably not a name that will ring a bell for many people, but at the time, he was a well-known player. As soon as I saw him, I knew who he was — although we had never met before. DeAngelo was one of the top-ranked players in the country, became a McDonald's All-American and entered his name in the NBA Draft after his senior year of high school. (Unfortunately, he went undrafted and only had a short professional career overseas).

Anyway, as I was sitting next to DeAngelo in a van heading to the camp hotel, my nerves kicked up another notch. I knew that, at the end of that ride, the rest of the top high school players in the country awaited.

When I arrived at the hotel, my friends from Milwaukee were there. We had to sign in, collect a bag full of Adidas gear and take some photos. When Dan and I finally got to our room, we had a moment where we talked about how excited we were to be there. The whole experience was exciting and fun, but intense at the same time. Whether it was the top-ranked player in the country or the last guy invited, we all wanted the same thing — to improve our stock. The ABCD Camp was the biggest stage any of us had played on at that point in our careers. It was an opportunity to move up in the player rankings, which would subsequently lead to more scholarship offers or even interest from NBA teams, for some.

Coby, Dan and I had somewhat similar backgrounds, as we all grew up around the game, as our dads and families all had careers working in the NBA. As I was growing up, my dad would often suggest that I "get some shots up" or do my "Pistol Pete" ball-handling routine instead of playing video games, but generally, my family never put a lot of pressure on me to be a great player. I never got the impression that Coby or Dan felt much direct pressure from their families either. However, I think I can speak for the three of us in saying that we all put a significant amount of pressure on ourselves due to our backgrounds. And at the ABCD Camp, I certainly felt the pressure. But I was motivated and determined to move the needle!

The first night, all of the players went to the gym for Sonny's welcome speech. He spoke to our group to set expectations for the camp, and gave some general advice. We then split up to join our assigned teams and had a light practice. That allowed us to meet our teammates for the camp and our teams' coaches. The coaches tried to implement some basic offensive and defensive principles during that practice. However, the reality was the camp was "pick-up ball" with some freelance referees.

My team's head coach was Chris Grant, who worked for my uncle, Pete Babcock, the general manager of the Atlanta Hawks at the time. (I don't think that was a coincidence). Chris started his career as an intern for my uncle after playing in college at the University of San Diego. Years later, he worked his way up and became the Cleveland Cavaliers' general manager. The top player on our team was Josh Smith from Atlanta, Georgia. He was a year younger than me, but he was a high-profile prospect. A couple of years later, Josh was selected in the first round by the Hawks directly out of high school. He had a successful NBA career, and was one of the top players for the Hawks for years.

Following practice, we returned to our rooms for the night. Dan and I talked about our teams. He told me he had a player on his team that was good. I had never heard of him before — his name was Carmelo Anthony.

We had a few things to do the following day before live games began. First, there was a guest speaker, but not just any guest speaker; it was Kobe Bryant. He talked to us about some of his personal experiences going through a lot of the same things we were all going through as high school players. It was incredible to listen to a player who had been living the life that every one of us dreamed about for ourselves. To say Kobe's talk was inspiring would be an extreme understatement. Although just a young guy at the time, Kobe had such distinct confidence and determination. It was a privilege to meet Kobe and listen to him speak.

Following the session with Kobe, the players had to take prep ACT and SAT classes. We were seated at tables with about a handful of players per table. I remember sitting with Travis Outlaw, who was a hilarious, nice guy. Travis declared for the 2002 NBA Draft after high school, and was selected by the Portland Trail Blazers in the first round. He went on to play in the NBA and had a good career.

At the table directly next to me was a younger player that I did not know. Like most of us, he didn't seem interested in that class. Halfway through picking out his braids and leaving half of his hair in an afro, he decided he would lay his head down and take a nap. The teacher wasn't happy about that and kept lecturing him, saying things like, "This is important, your future depends on this" — something along those lines. Finally, the player sat up and said, "I'm going pro!" and put his head back down.

Soon after, I found out the player's name was LeBron James.

Finally, when classes finished up, the real reason we came to town was about to begin. It was time to hoop.

The games started, and they were great! There was so much talent in each game. I had the opportunity to share the court with future NBA All-Stars like Carmelo, LeBron, Chris Bosh, Deron Williams and many other soon-to-be standout pros. The gym was buzzing, and it was quite the scene. "Oohs and ahhs" could be heard left and right. The stands were filled with famous coaches, including Coach K, Lute Olson and Rick Pitino. NBA scouts and media members were busy taking notes and trying to find the next NBA star.

The actual gameplay was pretty sloppy, as expected. In most showcase types of events, players will play "to get their's." Also, there is not much of a game plan without much practice time, which usually results in poor ball movement and limited opportunities for lower-ranked players (like myself) to have the ball in their hands.

Despite the challenges, I played pretty well. I shot a high percentage, and even had one game where I scored 15 points and hit a handful of three-pointers. Because I had limited opportunities to have the ball in my hands, I made an extra effort to be as effective as possible without the ball. I noticed that the referees were quick to call offensive fouls during this camp, so I decided to get in the lane when players would drive to the hoop to draw charges. My strategy worked well, and I drew several charges.

However, I tried this tactic in one particular game and my plan backfired, as the player on the other end was LeBron. He laid one of his now-signature tomahawk dunks right on me. I flew back probably 10 feet, and the gym went crazy. That was my formal introduction to "King James."

It's been said that the 2001 ABCD Camp is when LeBron broke onto the scene and the whole media frenzy began for him. His legendary battle with the No. 1 player in my class, Lenny Cooke, happened at this camp. Dan and I were sitting together in the bleachers watching that game. I am happy to say that I was a "witness" to the making of one of the greatest stars our game has ever seen.

All in all, I did well at the camp, and I was able to generate more interest from schools, which was my goal. However, more than 20 years have passed since that ABCD camp, and the most valuable experience turned out to be the memories that I will cherish forever. 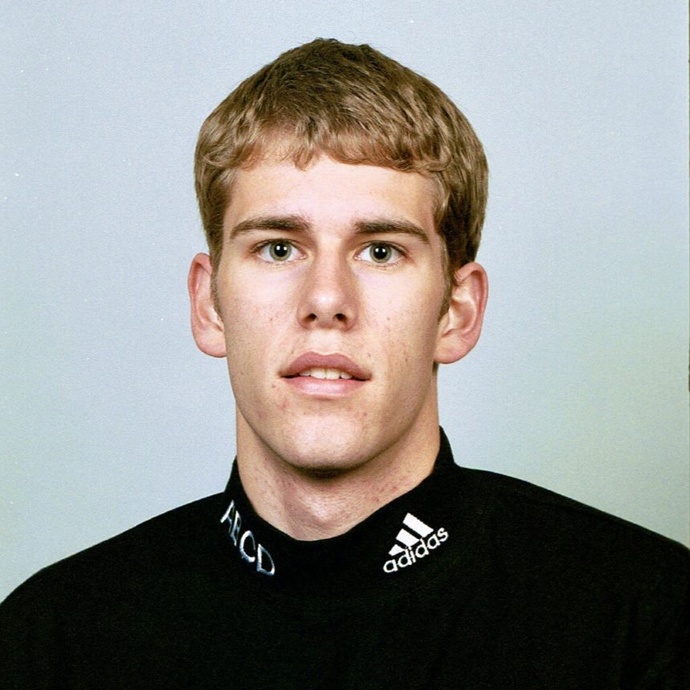