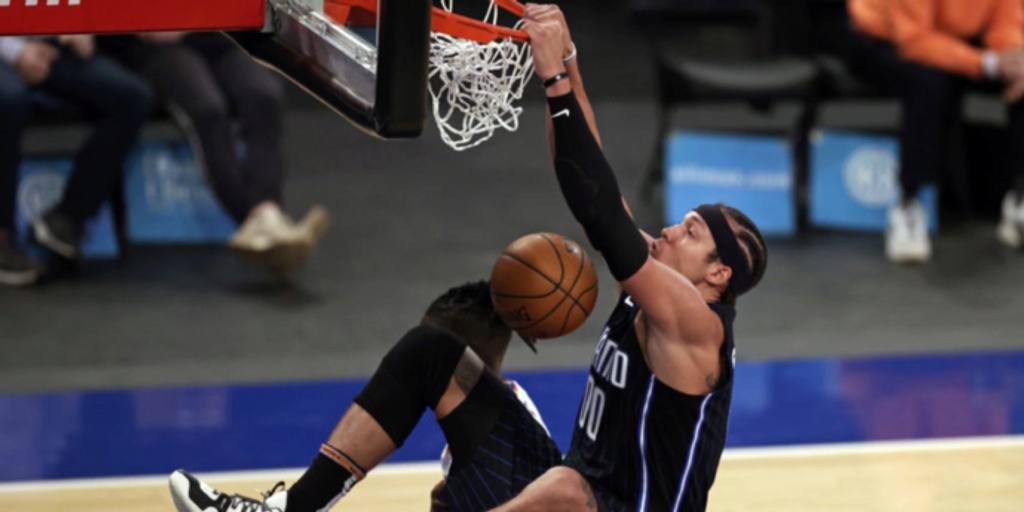 Any trade involving Orlando Magic forward Aaron Gordon would reportedly require a suitor to send back a first round draft pick and a promising young player.

ANALYSIS: The Minnesota Timberwolves are among the teams rumored to be interested in Gordon. The 25-year-old is currently averaging 13.7 points, 6.9 rebounds and 4.1 assists across 21 games with the Magic this season. Orlando also has reported pursuants for Evan Fournier, and while teams have called about Nikola Vucevic, the Magic are reportedly reluctant to trade their star center.