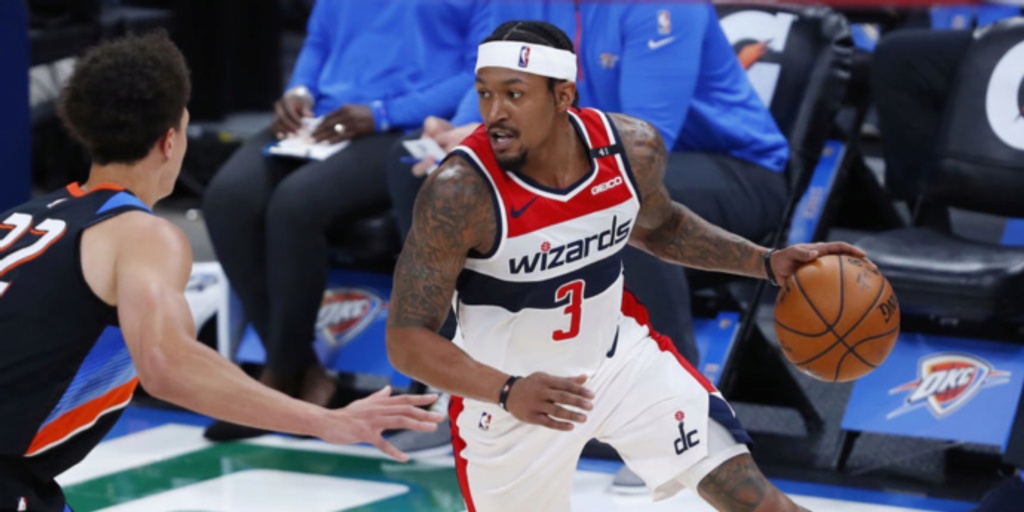 A deeper dive into the NBA's interesting statistics

Bradley Beal is currently leading the NBA in scoring, with Stephen Curry having a chance to catch him when the Golden State Warriors face the resurgent Minnesota Timberwolves on Thursday night.

Beal, who plays tonight at home against the Los Angeles Lakers, has a slight lead over Curry, 31.4 points per game to 31.2. That race figures to go down to the wire, at which point we will start hearing about David Thompson vs. George Gervin on the final day of the 1977-78 season.

The rebounding (Clint Capela), assist (Russell Westbrook), block (Myles Turner) and three-point titles (Curry) are all but decided. But we still have the scoring title to keep us riveted.

Because of COVID protocols and rules as well as a plethora of injures, a total of 529 players have suited up for NBA teams this season. Let's take a look at some of the stat leaders:

A few other distinctions:

Hagans, 21, appeared in two games and played two minutes while recording one lone statistic: a turnover. He spent two seasons at Kentucky before going undrafted in 2020, then was waived by the Wolves in February for violating the G-League’s COVID protocols. His rookie season will end with all zeroes except for that lone turnover (unless someone takes a chance on the Kentucky product who earned the SEC’s Co-Defensive Player of the Year award in 2019).

A total of 21 NBA players are averaging less than 1.0 point per game, the oldest being Jared Dudley of the Lakers.

There are 39 players averaging between 1.0 and 1.9 points per game, including:

The season is far from over, and while 529 players have suited up thus far, that number is likely to increase as more players are signed.